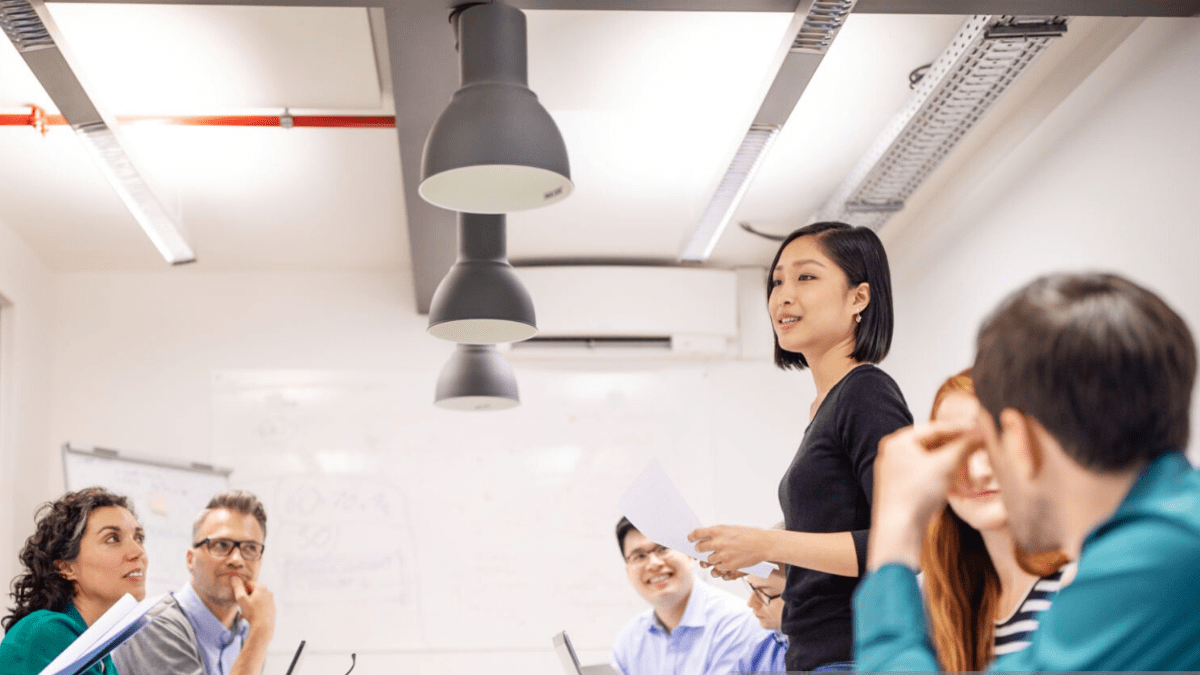 Lay-Low or Stand Tall: Why Women Need to Speak Up at Work

As a woman who’s worked remotely, and in a traditional workspace, the importance of women speaking up at work resonates deeply now more than ever. As a young twenty-something I face this more often than I’d like to admit. Frankly, this shouldn’t be an issue since women are simply asking for the bare minimum… to be heard and taken seriously.

“Women speaking up for themselves and for those around them is the strongest force we have to change the world” — Melinda Gates.

As women begin to take over the workforce, we’re more prominent in the workspace. This is not because of a significant progression in value and cultural shifts, but simply because we’ve outnumbered men in specific industries based on our goals and drive.

The U.S. government’s December jobs report in 2019 stated that women hold more jobs than men, occupying 50.04 percent of positions. Also, with women outnumbering men at all levels of post-secondary education, many male-dominated industries are now starting to see an increase of women entering the field.

In South American and Caribbean countries such as Jamaica, it’s most likely that your CEO or supervisor will be a woman. In this region the gender ratio is 7:3 (women: men), creating a female-dominated environment that encourages women to easily and effortlessly speak up.

Unfortunately, that’s not the case, well, everywhere else. I’m not debating that we need a female-run empire (even if it is a good idea). I’m highlighting that for women to contribute to organizations to help them flourish, they either need to stand tall and face the consequences of speaking up or lay-low as their male colleagues simply glide through the ranks.

Animah Kosai, the founder at Speak Up At Work states that it’s true for many females that we’re less assertive than men in the workplace. Women, even female executives in meetings with their peers, tend to apologize or minimize the importance of what they say when they do speak up.

“On average, women talk less than men in classroom discussions, in the office, in meetings, in parliaments, in courtrooms” — Jamila Rizvi, author of Not Just Lucky.

Ladies not speaking up in the workforce doesn’t show humility or make you a team player, it appears as a lack of confidence (both professionally and personally). Not speaking up diminishes your value, making you look replaceable and weak.

And the last thing women are is weak. This proves that the only person who can promote you, help you, advocate for you and put you on the forefront is …. Drum roll…. YOU!

It’s great to be encouraging women to speak up, but we also have to be real about the consequence and demeanor women face when they do. One of the top reasons it can be hard for women to speak up is because of the sexist double standard that exists at work.

A new study from Dr. Elizabeth McClean at the University of Arizona—with the assistance of the United States Military Academy at West Point—shows that while men benefit from speaking their minds at work, women don’t receive the same type of peer recognition for doing the same.

After testing with multiple subject groups, they found that only men received the benefits of higher status by using promotive voice. The women in the group “received no benefit from speaking up promotively in terms of status or leader emergence.

A woman who speaks her mind, contributes to meetings, or takes up a fair share of the conversation (even when it means fighting her way in) isn’t applauded. Instead, she’s seen as dominant, aggressive, pushy, and hard to work with, while a man is seen as a team player, credible, and a confident leader.

On the flip side, if we don’t talk enough, we’re underestimated, overlooked, and undervalued because we aren’t seen as contributing enough. This is purely based on the fact that the workforce was originally designed to help men, and only men, to thrive. It’s time we stop ignoring the elephant in the corporate room.

The advice you can take from this study is to use a promotive, confident, and productive voice, but remain mindful of unconscious biases (from both men and women).

Proven Ways Women Can Speak Up & Mean It.

One rule I’ve personally worked with to earn my stripes in the meeting room:

Respect is what gets you promotions, adds value, and proves you are the right “person for the job.” Being liked only allows you to sit at the kiddies table while the big boys talk, and that’s not the kind of table anyone wants to be associated with at work.

This doesn’t mean you should be a raging bitch or start unnecessary fights. It means finding a balance, knowing that it’ll never be a level playing field if you play “Mrs. Nice Guy”.  A strong woman knows that not everyone is going to like her, and that’s OK.

In the same breath I’d advise you to demand respect, but also give it where it’s due to both female and male colleagues. People want to work with the people they like, but they’re willing to pay more for the people they respect.

If you’re ready to take the next step, here are some proven approaches you can start using to speak up more at work:

Think Before You Speak, Then Use the Right Words:

Using the right words when talking  is important to making a point. You also want to stay away from the wrong phrases that will automatically undermine your statement before you even complete it.

For example, Jue Wong, CEO of skincare company StriVectin since 2012, learned the importance of being more assertive. For example, to be taken seriously, she stopped starting sentences with “I think.” Instead she’d say, “From my experience, this is what I have seen.”

“When you start with ‘I think,’ people may think you’re trying to be polite, and polite doesn’t cut it in the business world,” she says.

Avoid words like “I know I’m just a…” or “I’m not sure, but..”. These phrases don’t match with someone who is confident in what they’re about to say. Instead, lean in on your experience, position, projects, and data to solidify your point.

Prepare for a meeting ahead of time. Make a note about points you want to highlight or justify, even if it means practicing in the mirror what you’re about to say and how you say it. Pay attention to the discussion and make notes during the meeting too.

Once again, confidence is your biggest strength. If you don’t have any, then fake it till you make it. Men do it all the time, and get away with it, so why not?

Give it a try. Speak your point loudly and proudly, and you’ll be surprised at how easily you can command a room. If someone tries to talk over you, don’t stop until you’ve finished your point. Always demand respect when you’re talking.

Men naturally speak louder when they want to be heard. It’s more of a primal trait than anything else. If you plan to speak up, you can’t make a strong impression with a soft and meek tone of voice. You’ll come off as prey rather than a hunter. Timid gets you nowhere.

This doesn’t mean throwing your femininity out the door but rather amplifying your voice very loudly. If someone is talking louder than you, match the tone to prove that your point is just as valid.

Network and Play With the Team:

Spend some time networking with your colleagues and management at work and outside of work. Interacting with them regularly allows them to warm up to you so you can speak effortlessly with them during formal meetings.

If you have nothing to say, build on a valid point made by someone else, or help the next female in the room to be heard. It’s your job to balance your relationships with your colleagues and the respect you expect from them going forward.

Remember no one is going to come and whisk you away from this injustice. It’s your job to be heard!

It’s Worth Fighting For.

We have to realize that speaking up is a constant battle women have to face at work and in public spaces.

You’ll never truly get into the boys club, for obvious reasons, but try to get close enough. Doing this helps you to know how to navigate through the men in your workplace so you can be seen and heard. It sounds like a lot of work but nothing in life comes easy, especially for women.

Despite that, you have to remember that women who make history, who achieve greatness, were never silent. They never took the easy route. Once you start making a consistent effort to speak up in meetings, gatherings, and against mansplaining, you’ll find that commanding attention will come naturally.

Don’t stop there. Build on it, and use it to promote yourself and climb through the  ranks. Break the ceiling, and if it can’t be broken, bring your value elsewhere. You’ll be leaving with far more value than ever before.

As you practice the art of speaking up, help other females by sharing tips and creating a girls club of your own. We have to work together to see a full change in the workspace. No matter what our age or race, we’re all women fighting the same battle.

I’ll leave by saying that the road to equality is still long and far ahead but keeping quiet isn’t an option if you want to see change.

Victoria Taylor is a Grit Daily contributor and a  Jamaican digital and content marketing consultant who helps ecommerce brands to increase sales,  global awareness, and branding  with her expertise, skills and creativity. You can find her on LinkedIn or Instagram sharing her thoughts the latest on digital marketing.