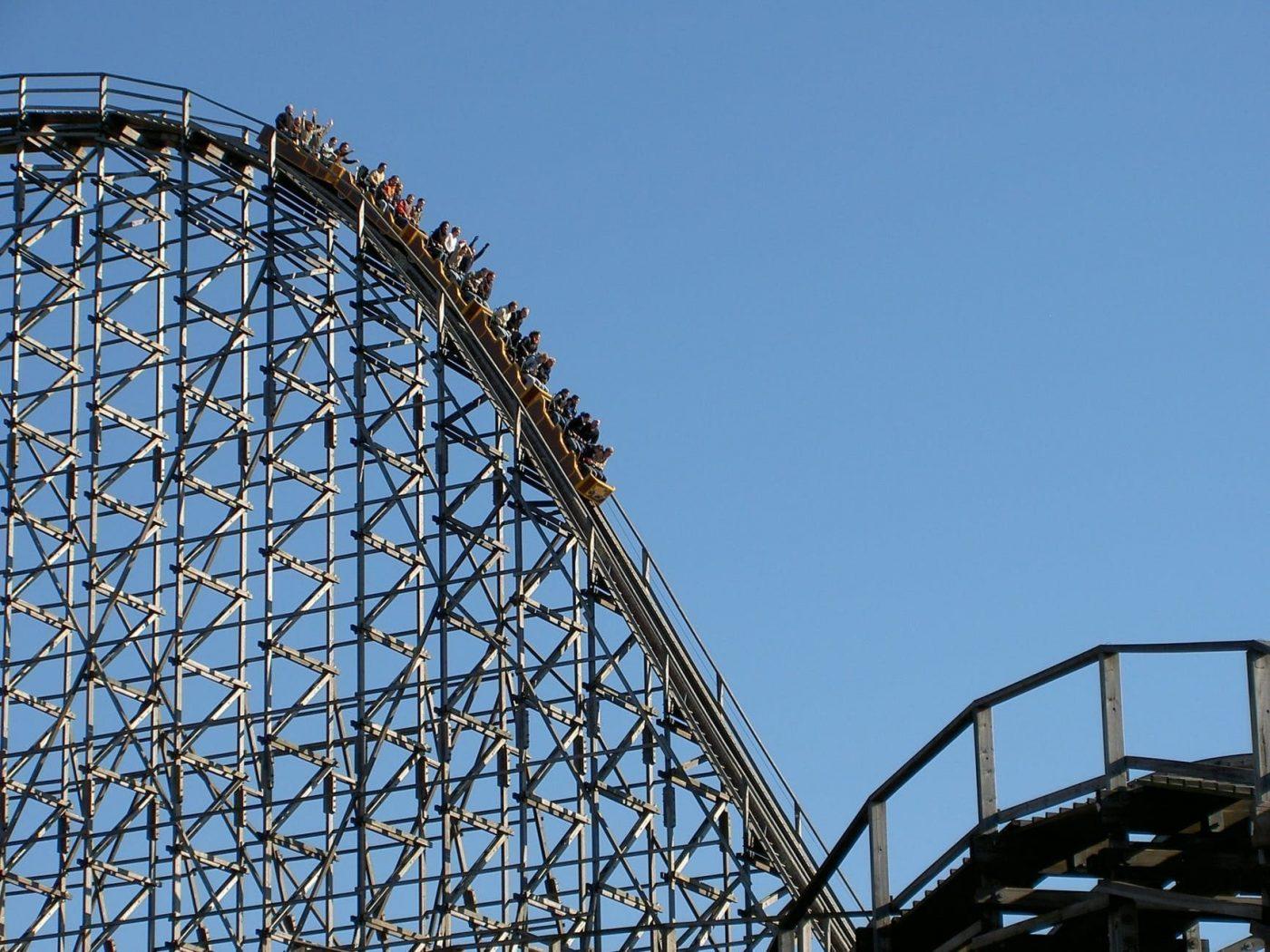 A Utah amusement park called Lagoon is under fire for alleged animal abuse and a general lack of good care after a viral video depicting one of its lions in distress in the park’s zoo area. Lagoon, located in Farmington, Utah just 18 miles north of Salt Lake City, offers a variety of amusements like thrilling roller coasters, a water park, a zoo, and other traditional theme-park rides and attractions. The park has been around since 1886 and has long been advertised as a family-owned business.  The latest viral video has caused national outrage toward the park, despite the park’s insistence that the lion is well taken care of.

The video, taken from the park’s train ride through the zoo portion of the amusement park, shows a lion laying on its side on a concrete floor. The lion appears to be breathing heavily and vocalizing distress, something that exotic cat experts told a local news station raises concerns of possible pneumonia. “The fact that the cat is laying down vocalizing and potentially tempting to hack up a hairball predisposes him to aspiration pneumonia,” said a local Veterinarian with a specialization in exotic cats, Dr. Laura Boehler, to ABC4 News. The park has been a topic of debate for years, as its family-owned zoo is widely known to house its animals in less than perfect conditions—often exploiting them for human amusement.

2012 brought the start of years’ worth of controversy surrounding the parks’ treatment of animals in its Wild Kingdom zoo area. 15 USDA violations surrounding how the park treats its animals led to groups such as PETA and the Utah Animal Rights Coalition to go after the park, raising awareness for its lack of proper care toward its animals. The latest video, which went viral after being posted online, brought more negative attention to the park than ever. Issues with the sizes of the animal enclosures, starvation, food quality, animals being given contaminated water, the use of unsanitary needles for veterinary injections, and even unexplained death are among some of the complaints against the company’s treatment of its zoo animals.

Despite the laundry list of allegations against Lagoon available on PETA’s website, the company assures the public that it provides proper care for the animals it keeps in the park. The company, which is not technically a zoo, operates under a license from the United States Department of Agriculture. The department doesn’t exactly set the gold standard for zoo attractions. Utah’s Hogle Zoo, for example, is accredited from the Association of Zoos & Aquariums (AZA). A certification from the AZA is often considered a good indicator that the zoo keeps its animals safe and healthy according to their individual needs.

Lagoon took to Facebook to address the video, claiming that it is not uncommon for a lion to behave the way that it did in the video. The company also took the opportunity to clarify that it treats its animals with proper care, though many are demanding confirmation that the lion has been seen by a veterinarian to confirm that it is not ill. “Lagoon would like to reassure the public that this lion receives great care and treatment, and enjoys excellent health. This untruthful mischaracterization of the video is naïve, misguided, and unfortunate,” said the company in a Facebook post.

Many are calling for Lagoon to disband its zoo and give the animals to an accredited business. A letter to the editor published in the Salt Lake Tribune in January 2019 urges the surrounding community to encourage Lagoon not to profit off of the animals. Other petitions have risen online since the video of the lion went viral, but many are discouraged that the park would get rid of its zoo attraction without a major push from the community.

Published in Brands, Entertainment, Health, Health and Wellness and Legal