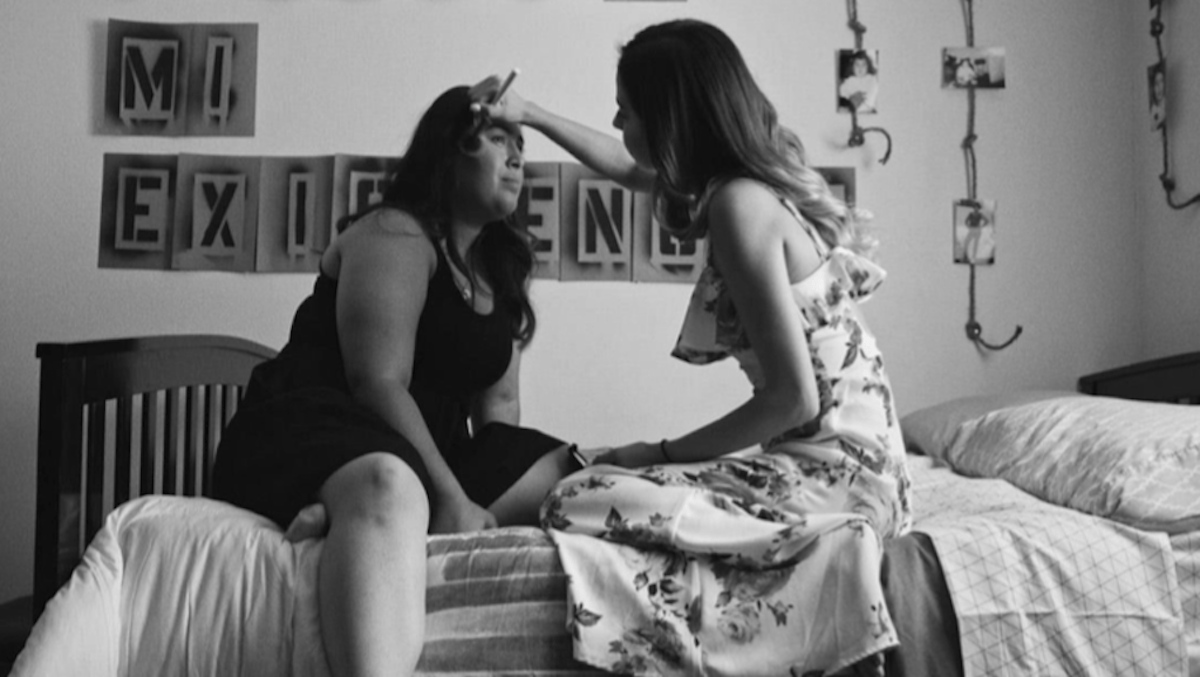 La Leyenda Negra is an ode to personal and societal awareness about the struggles that undocumented individuals face. We all have read or heard about ICE raids, or separation of families down at the border. As American citizens may show empathy for the victims, they may not fully understand what it’s like to live as an “illegal” immigrant.

In La Leyenda Negra, Aleteia is a senior at Compton High School who worries about her official status in the United States. Originally from El Salvador, the one motivation that is keeping her in America is receiving a UCLA scholarship. Throughout the film, Aleteia fights for her right to stay in America while risking her family, friendships, and her first love. She proves that she is politically outspoken and different, yet is proud to show those true colors.

Director, Patricia Delgado describes the film as a revolution for equal rights amongst undocumented individuals.

“There is a lot of wrong,” she says. “Instead of passively accepting it or not doing anything about it, she fights. She wants to fight up until the bitter end because it’s all that she has. All she can do is fight, and she’s not going to let the justices of the world defeat me. She still has that strength and the belief that she can and make a change.”

She also adds that a lot of Americans don’t realize how many close friends of theirs might be undocumented. The individuals who are, don’t talk about it for safety concerns.

“Creating a greater awareness is so important to let these people know that they’re not alone,” she says. “A lot of Americans do not even know about TPS or have not even heard about it. Especially in the terms of intelligent, brilliant, and academically-inclined Aleteia, it should not be fair that she is denied her right to education just because of her immigration status.”

Lead actress Monica Betancourt showcases Aleteia in a way that draws viewers to the screen. Her emotions impact others not just on the screen, but off as well. Viewers feel as if they are walking in Aleteia’s shoes, experiencing that same feeling. Monica explains how she is a girl who does not say what she is feeling, yet her actions are already speaking for herself.

“What she’s thinking, feeling, or going through is something that we don’t see in kids today,” she says. “They’re so reserved to themselves and don’t want anyone to know what they’re going through, and a lot of them don’t speak about it. At a certain point, she wants everyone’s voices to be heard, which is what she does. She defends other people, especially immigrants. She didn’t speak anything, but she wants her voice to be heard for what she’s doing.”

As citizenship status is an issue in today’s society, there are tons of resources for students who may be experiencing similar issues with their immigration statuses. There are universities that have Dream Centers, where they support undocumented students and mixed-status families. The advocacy groups help students navigate higher education, providing access to private scholarships, internships, volunteer opportunities, and community involvement. The University of Utah’s Dream Center has a passion for helping students journey through their college careers while holding undocumented statuses. For more information, click here. Several California universities also host Dream Centers for students struggling to obtain citizenship. Those can be found here.