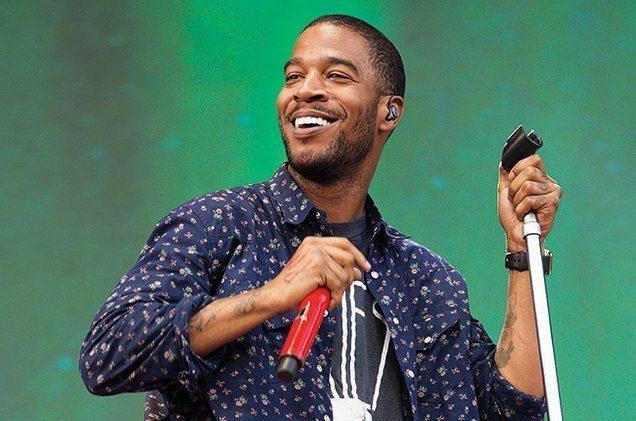 Rapper Kid Cudi, who released an album in 2018 alongside Kanye West that was titled “Kids See Ghosts,” has announced an upcoming deal with Netflix to create an animated series alongside his new album, “Entergalactic.” The new series will star Kid Cudi, who plans to also write and produce the animated series. The album, which will be the artist’s seventh studio album under the name Kid Cudi (several mixtapes and collaborative works have been released under different names), is set for release sometime in 2020.

The show, which will also be called “Entergalactic” will be produced by Cudi who will also star in and write the show. Kenya Barris, who works on “Black-Ish” will also be named the executive producer of the show alongside Ian Edelmen (“How To Make It In America”). Little has been revealed about the upcoming show, though Netflix has confirmed that it will “follow a young man on his journey to discover love,” according to the company. Considering that the name of the show alludes to outer space, we’re guessing it could potentially travel through space in some facet. The streaming platform has not announced an official release date for the series, but Cudi revealed on Twitter that the show will be out a year from now, in the late summer or early fall of 2020.

“I promise it’ll be a fun ride. Lot of good friends involved. Great songs too! The cast is coming together. I know a year from now seems like forever but itll be here before u know it,” the rapper tweeted in July. “Man On The Moon,” the rappers debut studio album, celebrated its ten year anniversary just last month in September. The album was Cudi’s first major record with hits like “Day N’ Nite” and “Pursuit of Happiness” that canonized the rapper into the hip hop industry for good. Today, Cudi works alongside some of the most prolific artists of our time, where his cult-like fanbase has followed him through handfuls of collaborations and multi-platinum releases throughout the last decade.

If it seems as if Netflix has been pumping out original content more than ever, you’re not alone. The streaming giant began its foray into original productions years ago, but with the success of shows like Stranger Things and Orange Is The New Black having brought it worldwide notoriety and respect as a major source of original content, the company expanded its horizons. The announcement of Disney+ also brought with it major changes to the streaming industry, as the loss of all Disney-owned content would create major competition in the streaming industry.

Netflix responded to the change with open arms, welcoming Disney’s venture into streaming with open arms while doubling down on its presence at film festivals like Sundance and Cannes in 2019. This paved the way for Netflix to become one of the bigger distributors of independent film and projects from up-and-coming filmmakers, but it created an inevitable shake-up among the already prominent independent film industry as it became the new competition for distributors like Sony Pictures Classics (“Midnight In Paris,” “Love Is Strange”) and A24 (“Lady Bird,” “Moonlight”)—though each company offers a few selections from their libraries on Netflix anyway.