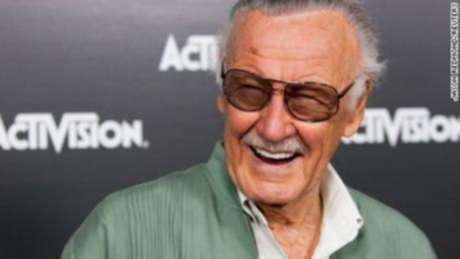 The man that had claimed to be manager to the late Stan Lee before his death has been charged with elder abuse as of this week, according to CNN. The man, Keya Morgan, has been accused of attempting to take control of Lee’s home and other belongings before his death. He’s also been accused of trying to isolate the late comic book legend from his friends and family. Morgan had a $300,000 warrant out for his arrest prior to being charged this week. Despite years of allegations, he remains confident that the charges will be dropped.

Who Is Keya Morgan?

It seems strange that a rare photo collector ended up being the manager of Stan Lee toward the end of Lee’s life, but it’s the truth. Keya Morgan gained an interest in collectibles at an early age by going to auctions at just eight years old. From there, his interest in rare items grew into an addiction—and a business. Over the next three decades, Morgan earned a fair living by collecting and selling things of historical value. Rare photos of dead presidents, Ancient Egyptian artifacts, and even Marilyn Monroe’s personal piano are among some of the items that have come and got from Morgan’s personal collection.

A 2011 profile from CNN introduced Morgan into the limelight once and for all. “The widow of the man accused of assassinating President John F. Kennedy says she’s spent hours discussing history with Morgan, who owns the largest private collection of photos of JFK,” says the profile, which name drops people like Michael Jackson, Mariah Carey, and even a pre-President Donald Trump as some of Morgan’s famous friends and colleagues. Morgans collectibles have brought him into the foreground of history, despite the fact that collecting is often at the background.

So How Did He Become Lee’s Manager?

Considering the comic book industry is, in part, built upon the collecting and selling of rare pieces—it should come as no surprise that Morgan and Lee had crossed paths prior to allegedly working together. In Lee’s later years, Morgan became a close colleague. So much so, Morgan began claiming that he was Lee’s personal manager and caregiver. Morgan began caring for Lee late in his life. He moved him out of his home and into a condo, and even began taking control of his finances. After Lee’s wife, Joan Lee, died in 2017, Morgan saw an opportunity to hone in on the famed comic book creator as a friend, a colleague, and a client. Now, apparently, Morgan saw him as a target as well.

Troubles between Morgan and Lee began in the early summer of 2018, when authorities began questioning whether or not Lee was in good care under Morgan’s watch. Police were doing a welfare check in late-May of last year when Morgan entered Lee’s home and saw what was going on. Immediately, Morgan called 911 to report unwelcome guests on the property. Emergency vehicles and helicopters then fled to the scene (this is, after all, Stan Lee we’re dealing with), and Morgan was charged with filing a false police report that day. Just a month later, a restraining order was filed against Morgan by Lee’s attorney at the time.

Now, Morgan is being charged with elder abuse on the late comic book icon. The charges claim that Morgan allegedly tried to take over Lee’s finances, control his life, and isolate him from his friends and family. Lee, who created the Marvel universe now worth billions of dollars, passed away later in 2018. Some of the charges against Morgan include false imprisonment, among other allegations. Neither party has commented on the situation.

More from LegalMore posts in Legal »