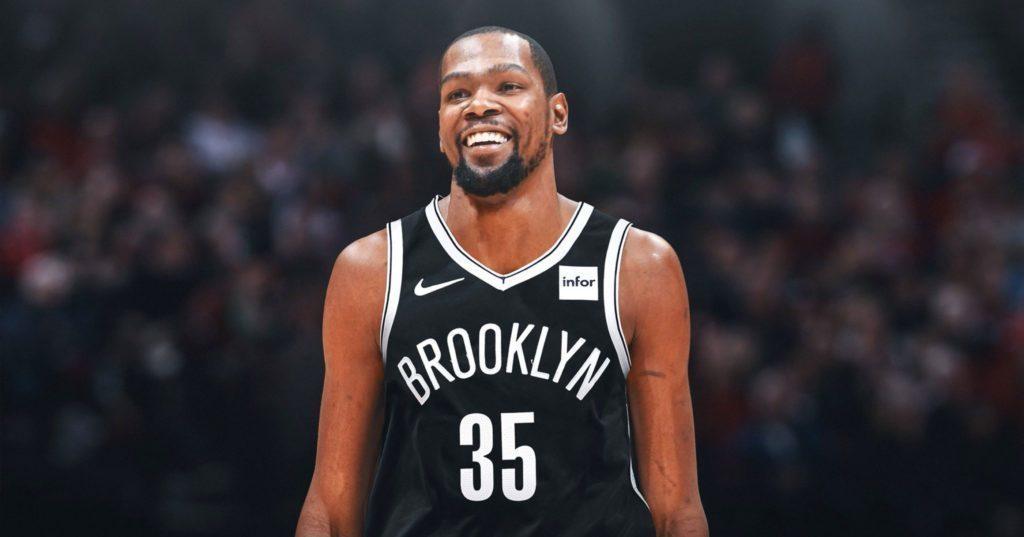 Kevin Durant, the center of the NBA universe this offseason, just shifted the axis of the entire league with his own version of ‘The Decision’ on Sunday, when news broke that he would be leaving the Warriors and taking his talents to Brooklyn.

The two-time Finals MVP will be teaming up with fellow all-stars Kyrie Irving and DeAndre Jordan for the Nets, who have instantly transformed from a young, scrappy team that surprised many when they made the playoffs last year, into instant title contenders.

Durant Departs For Brooklyn, with Kyrie Irving and DeAndre Jordan in tow

For Bay Area basketball fans, it was a moment in time many of them will remember for the rest of their lives. With under ten minutes remaining in the 2nd quarter of Game 5 of the NBA Finals, Golden State Warriors forward Kevin Durant suddenly grabbed his right ankle and quickly fell to the hardwood in noticeable pain. He had just battled through a right calf strain that sidelined the perennial all-star for a month, as the Warriors battled through most of the Western Conference playoffs without his services. But as Durant crumbled to the floor, as did the Warriors chances of winning another Larry O’Brien trophy.

Durant took to social media to tell the masses he underwent surgery for a ruptured right Achilles tendon just two days after sustaining the injury in Toronto during Game 5 of the Finals. Amidst the controversy over whether or not he should have even been cleared to play by Golden State’s medical staff (a conversation rife with varying opinions), the biggest question about his future with the franchise quickly changed course. Instead of focusing solely on Durant’s impending free agency, a wrench was thrown in the gears and another critical layer was added to KD’s decision about his NBA future; it was no longer about where he would play in 2020, it was about if he would play.

The prognosis is promising in the long term, but devastating in the short term. Durant’s surgically repaired Achilles will keep him sidelined for the entirety of the 2020 NBA season. But that didn’t stop Brooklyn from offering him a 4-year/$164 million dollar deal partner with his 2016 U.S. Olympic teammates Kyrie Irving and DeAndre Jordan as the core of Nets.

The Dominoes are beginning to fall, and fall fast

It isn’t all that surprising to see Durant leave Golden State to begin writing the next chapter of his illustrious NBA career. However, it comes as a surprise to see the destination of his departure in Brooklyn. Though it was known they would be in the hunt for KD after opening up salary cap space to accommodate max-contract free agents, it was a shock to many when Durant reveal his intentions to sign with the Nets on Sunday.

News had just recently broken that Brooklyn had come to terms with another perennial all-star and NBA champion, point guard Kyrie Irving. The Nets were looking to be aggressive on the open market this year and showed how serious they were by snatching up Irving in the opening stages of free agency. With the addition of Durant and all-star Center DeAndre Jordan, the Nets may have already won the NBA offseason just a few days into the start of free agency.

The Nets have almost instantly established themselves as Eastern Conference contenders in the 2020 season, and perhaps legitimate NBA title contenders in 2021 and beyond, once Kevin Durant returns from his Achilles injury. Outside of their rapid ascent into Eastern Conference relevancy, they have also established themselves as the team in New York, luring in two of the most coveted free agents on the market, and away from the cities marquee franchise, the Knicks.

While mired in controversy and poor performance for over a decade, the 2019 off-season was an opportunity for the Knicks to re-establish themselves as contenders in the Big Apple, and reinvigorate a big market franchise that has turned into a laughing stock in the NBA. Those woes will likely remain after the Knicks not only failed to land any of the premier players in this year’s loaded free-agent pool but watched two of their top targets (Durant and Irving) choose to sign with the Knicks cross-town rivals in Brooklyn.

What’s next for Durant and the Nets

Though they won’t be able to reap the benefits of Durant’s services for a full season, Brooklyn just signed the world’s highest-paid team ambassador in sports history. While said in jest, the reality does have a semblance of truth. Durant signed a 4 year deal with Brooklyn, but will not be able to play for 25% of the duration of his contract while he recovers and rehabilitates his Achilles. But on a larger scale, Durant gives the Nets the superstar they coveted for both winning basketball games and winning the promotional game in the country’s most intense and ruthless media market.

Durant will draw fans out to the Barclays Center in droves, and give the city an undeniable force and premier talent to rally behind. Factor in the signing of Irving, who himself is a top-tier player in the league, and DeAndre Jordan (to a lesser extent than Durant and Irving, though he is still an all-star caliber player who dominates the paint on both sides of the floor), and you have a team that even without Durant for his first season should be instant contenders in the Eastern Conference. And once healthy, Durant, Irving, and the rest of the Brooklyn squad will be eyeing world championships. Brooklyn was hoping to make a big splash in free agency this offseason…but they didn’t.

Instead of a splash, they may have created a tidal wave.

What’s next for Golden State?

It’s bittersweet for Warriors fans to see KD leave the Bay Area, particularly on the heels of another NBA Finals appearance that ultimately ended in defeat at the hands of the Toronto Raptors in six games. The Warriors are also nearing their big move into the awe-inspiring Chase Center arena in San Francisco, and watching a two-time Finals MVP walk away from your team is certainly a tough pill to swallow.

The ‘sweet’ aspect of the bittersweet departure was Durant’s three amazing seasons in Oakland, a tenure that saw 3 straight NBA Finals appearances for the Warriors, two Finals MVP awards, and a generous portion of validation for coming over to the Bay Area and finally capturing the title that eluded him for nearly a decade. Warriors fans are certainly sad to see one of the league’s best players leave their franchise but are also grateful for the championships he helped the Warriors capture, and all the amazing moments he provided while wearing blue and gold.

Fresh on the heels of the news of Kevin Durant’s departure, sources have reported that Golden State has agreed to a sign-and-trade deal with (surprise!) the Brooklyn Nets to acquire point guard D’Angelo Russell, who is a restricted free agent this offseason.

After learning of Kevin Durant’s intention to sign with Brooklyn, the Warriors brass quickly decided to chart an alternate course, clearing a path for Brooklyn’s All-Star point guard D’Angelo Russell to head cross-country the other way and join the Warriors in a sign-and-trade deal. Shams Charania of The Athletic first reported the acquisition was nearing completion and would also include Treveon Graham and Shabazz Napier heading from Memphis to the Bay Area. ESPN’s Adrian Wojnarowski quickly confirmed the deal, reporting that it is a four-year, $117 million maximum contract.

Around the same time, Wojnarowski reported that the Warriors would be trading Andre Iguodala to the Memphis Grizzlies, with a protected 2024 first-round pick attached. Iguodala, who earned Finals MVP recognition in 2015, is another core component of the Warriors dynasty that is departing from the franchise.

Dustin Hawley is a Columnist at Grit Daily. A native of the Bay Area, he moonlights as an accomplished musician and prides himself on his knowledge of obscure sports trivia.