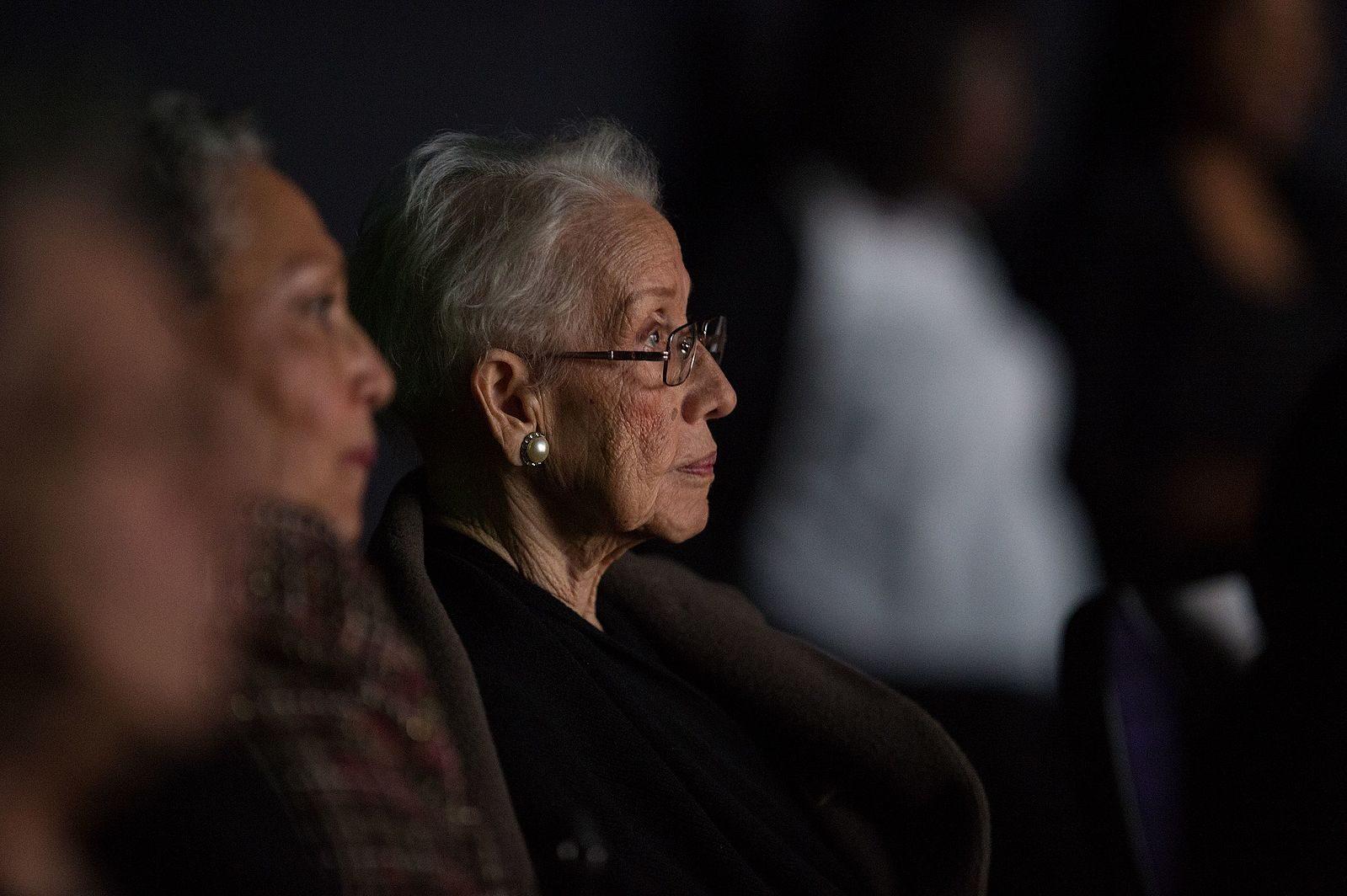 During Black History Month, we recognize African Americans and their achievements throughout United States history, and Katherine Johnson is one of those individuals. Through hard work and determination, she went from one of NASA’s hidden figures, to a history-making icon.

Katherine Johnson worked as a mathematician at NASA, but prior to 1958, she worked for NACA (National Advisory Committee for Aeronautics). She then joined the Langley Laboratory’s West Area Computing unit, an all-black group of female mathematicians, in 1953; the women calculated all of their data by hand since electronic computers did not exist.

As racial segregation laws were in effect, Johnson and her team worked separately from their White colleagues until 1958. That year, NACA dissolved and NASA banned racial segregation, although some discrimination remained according to Johnson. She said they needed to remain assertive back then, as some men were not fans of women. However, her assertiveness and hard work led her to become the first woman in her division to receive credit on a research report that she coauthored with engineer Ted Skopinski.

What Katherine Johnson Is Best Known For

Johnson was part of some monumental missions that took place at NASA. She calculated the trajectory analysis of astronaut Alan Shepard’s Freedom 7 mission, which launched the first American into space.

John Glenn personally requested Johnson to check the calculations made by an electronic computer for his Friendship 7 mission; as Johnson confirmed that the calculations were correct, Glenn went on to become the first American to orbit around Earth.

In addition, Johnson calculated the trajectory of the Apollo 11 moon landing and the safe return of Apollo 13’s crew; she stated that working on Project Apollo was her greatest contribution to the program. She also worked on the Space Shuttle and Earth Resources Satellite programs until her retirement in 1986.

Making A Mark And Paving The Way

Although she spent her career working as hard as she did, Johnson’s name— and those of her colleagues—did not gain much notice until recent years.

In 2015, President Barack Obama awarded Johnson the Presidential Medal of Freedom; He reflected on how she “broke the barriers of race and gender, showing generations of young people that everyone can excel in math and science and reach for the stars.”

Author Margot Lee Shetterly highlighted the work of Johnson and her two colleagues, Mary Jackson and Dorothy Vaughn, in the book Hidden Figures: The American Dream and the Untold Story of the Black Women Who Helped Win the Space Race. After its publication in 2016, a film adaptation of the same name premiered later that year.

Following the film, Johnson went on to receive a number of awards and honorary doctorate degrees from various colleges; Mattel also rolled out a special Barbie doll collection in honor of Johnson and other historic, female role models.

Johnson passed away this week at the age of 101, but her dedication to her job paved the way for young women. She especially inspired young African American women, to pursue a career in STEM (science, technology, engineering, and mathematics). Her achievements show that anyone can make it in that industry, regardless of gender or race.

Monica Foley, Johnson Space Center’s Chief of Staff, said Johnson left a legacy that will carry on for generations.

“She opened the door for so many scientists and engineers, and even nontechnical folks who look like me, that don’t look like me.”

Shetterly commented on Johnson’s passing, saying she “changed the narrative” for women in her field and for women in general. Many thanked the author because without her novel, Johnson may have still been hidden.

NASA administrator Jim Bridenstine said Johnson made huge strides that also opened doors for women and people of color, while helping to enlarge the frontiers of space; he stated NASA will never forget her courage and leadership “and the milestones we could not have reached without her.”

“We will continue building on her legacy and work tirelessly to increase opportunities for everyone who has something to contribute to the ongoing work of raising the bar of human potential.”