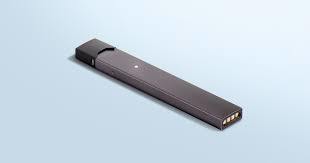 Things just keep getting worse for E-cigarette maker Juul as the government increases its involvement in electronic cigarette regulation. The Wall Street Journal reported today that the Federal Government is conducting a criminal probe into Juul over its marketing practices that allegedly aimed to get teens and minors addicted to nicotine. The Federal Trade Commission (FTC) and the Food and Drug Administration have previously conducted probes into the company’s questionable marketing strategies, though it is unclear whether or not the new probe is connected. California prosecutors are currently conducting the criminal investigation, with the Northern District of California allegedly leading the probe, according to The Wall Street Journal.

Electronic cigarettes have been the subject of debate recently after the Trump Administration announced that it plans to ban flavored e-cigarette cartridges amid a string of questionable, but growing, lung disease cases. Handfuls of people that regularly use electronic cigarettes and cannabis vapes have been experiencing a lung disease connected with the products. Though many experts claim that the lung disease comes from improperly made cannabis vapes, the Food and Drug Administration urges electronic cigarette users to proceed with caution as the technology has not been around long enough to see whether or not the products pose as a risk to public safety.

In the wake of the announcement from the Trump Administration, other government officials from around the world have taken a stand against e-cigarette products to avoid the risk of more lung disease cases popping up. India opted to ban the sale of electronic cigarettes and vapes altogether, enforcing fines for retailers that are caught selling the products to the public. While people are still allowed to use the products, they won’t be able to buy them—or have them shipped—anywhere within India. This poses a major threat to electronic cigarette makers like Juul, who have a major stake in the India market and could see sales falter and expansions be put on hold.

Juul has faced increased criticism over the last couple of years for its marketing strategies that targeted teens and young adults. The products, which were marketed heavily on social media and in digital spheres, focused on portraying the products as a safe and fun alternative to smoking that appealed to young adults because of its sleek, high tech design. Flavors like fruit and vanilla have also drawn criticism, incentivizing young people to pick up the products without considering the risks involved with using nicotine products. While other e-cigarette companies have a wider flavor range—as anything from birthday cake to cinnamon have graced the shelves of vape stores—Juul remains one of the most widely popular products on the market.

Government organizations have since cracked down on how tobacco companies can advertise on social media, and Juul has, more or less, been compliant in the changes as they’ve come along. The company scaled back its marketing practices in recent years, eventually shutting its social media accounts down altogether in the last year.