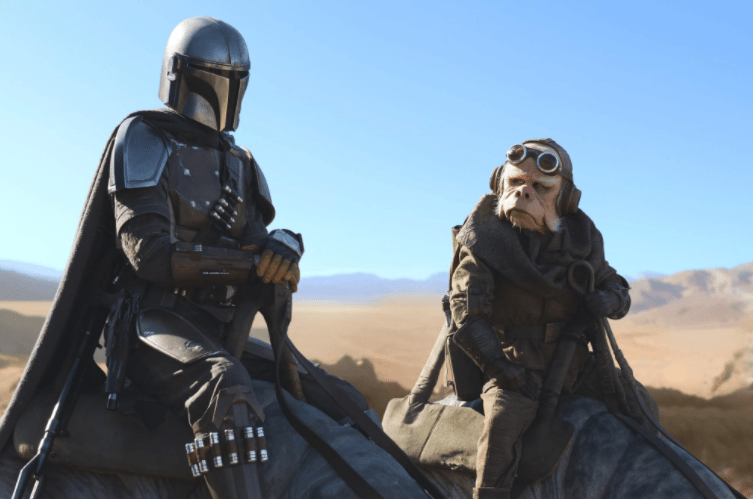 Guess Which Original Character Returns to Season 2 of The Mandalorian in Fall 2020?

Back in July, Jon Favreau, The Mandalorian’s showrunner and executive producer, told Jimmy Kimmel that he was writing part of the second season of The Mandalorian.

SPOILER ALERT: If you haven’t seen Disney+’s The Mandalorian, then stop right now and go watch it. I won’t be responsible for your own spoiling.

On Friday, Disney+ subscribers and Star Wars fans were given another Christmas gift as Favreau tweeted out the greatest news we all were hoping for:

On Friday, Season 1 of The Mandalorian came to an end, but Favreau didn’t leave fans without more, announcing the same day that Season 2 would be coming in Fall 2020.

The Mandalorian takes place between Return of the Jedi and The Force Awakens, approximately five-years.

From Favreau’s tweet, it looks like Baby Yoda isn’t the only green character in the universe as we know it. For Star Wars fans, its the Gamorrean beast. You know, that ugly ass creature that acted as Jabba the Hutt’s security team back in Star Wars: Return of the Jedi. All I remember is how disgusted I was with every scene that it appeared in, most notably taking away our favorite Wookie to be locked up with Han Solo.

Not sure what possible story or origin line these creatures offer, but hell, I’m ready to see them back on the big screen.

Yesterday, Disney CEO Bob Iger shared that Disney is just beginning with Star Wars, so this is the first of many new announcements to the Star Wars universe.