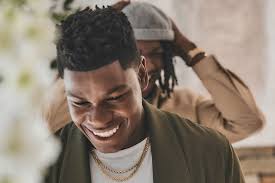 Star Wars actor John Boyega announced on Twitter on Monday that he is parting with Jo Malone London, a high end fragrance company, after the company reportedly replaced him in an ad campaign with a Chinese model. Boyega was named the first male global brand ambassador for the company in 2019 and created an award-winning campaign for the company that he directed and shot himself in that time.

The ad, which depicted actual memories from Boyega’s life, was then re-created for the Chinese market using a Chinese model allegedly without Boyega’s knowledge or consent. The Chinese version of the ad kept much of Boyega’s original vision but replaced it with Chinese actors. The original advertisement celebrated Boyega’s unique memories and perspective of being a Black man of Nigerian descent growing up in London, so the re-casting of the advertisement obliterated much of the meaning.

Boyega interpreted the Chinese version of his advertisement as contributing to anti-Black sentiments common in China, especially in advertising, and publicly announced his departure from Jo Malone over the scandal. The original ad, which was awarded Best Video Campaign for the 2020 Fragrance Foundation Virtual Awards.

Jo Malone responded to the news that Boyega would be stepping down as a global ambassador on Tuesday. The company apologized for recasting the video and issued a statement on Twitter wishing Boyega the best in the future. “We deeply apologize for what, on our end, was a mistake in the local execution of the John Boyega campaign,” said a spokesperson for the company in a statement to The Hollywood Reporter. “John is a tremendous artist with great personal vision and direction. The concept for the film was based on John’s personal experiences and should not have been replicated,” the company wrote.

Boyega has been particularly vocal toward racism in recent months, particularly within how companies and Hollywood films often hire Black actors to fill a diversity role without giving their characters much depth. Boyega spoke up against Disney recently in an interview with GQ to criticize his Star Wars character as being pushed to the side and given very little depth compared to white characters within the franchise. In June the actor also went viral for speaking at a Black Lives Matter rally in London’s Hyde Park.