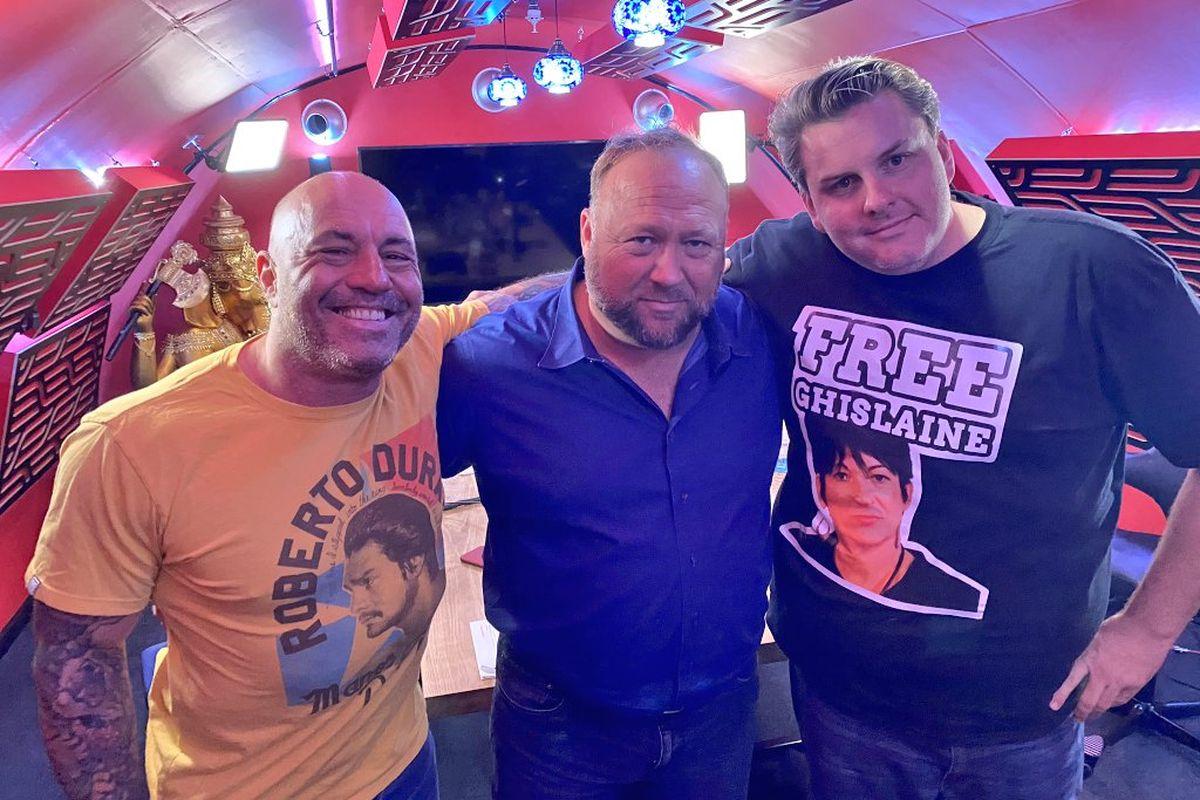 Opinion: Joe Rogan is Not a Good Interviewer

Joe Rogan is facing another online controversy. The host of the most popular podcast in the world recently talked to conspiracy theorist Alex Jones. Jones is famous for believing the Sandy Hook Elementary School Shooting in 2012 was a hoax and that the government controls the weather. Jones is a longtime friend of Rogan’s, and they recently did a three-hour show together.

Recently, an old episode of the Joe Rogan Podcast featuring Alex Jones was removed by Spotify. It’s Rogan’s new home after a mammoth $100 million hosting deal. In 2018, Spotify also removed Jones’ own podcast citing hate speech. While drinking heavily on the latest episode of The Joe Rogan Experience, the conspiracy theorist lied about masks not preventing COVID-19 infections, argued against climate change, and spread other lies.

Repeatedly, Rogan fact-checked Jones and even seemed to have an earpiece helping him do it. Because Rogan fact-checked Jones several times, that’s why Spotify is arguing the episode doesn’t break their policy. “Spotify has always been a place for creative expressions,” Spotify’s chief legal officer, Horacio Gutierrez, wrote in a company memo. “It’s important to have diverse voices and points of view on our platform. We are not going to ban specific individuals from being guests on other people’s shows, as the episode/show complies with our content policies.”

Several Spotify employees have expressed concern about the podcast and its guests, alleging they spread hate speech and violate the company’s policies. The concern first followed an episode in which Rogan had on his podcast the author behind “Irreversible Damage: The Transgender Craze Seducing Our Daughters.” Spotify CEO Daniel Ek has defended The Joe Rogan Experience to concerned employees, who are uncomfortable with hate speech and, in the case of Alex Jones, spreading lies.

For starters, he talks a lot about himself. That’s great for fans of Rogan, but as an interviewer, that goes against the whole point of interviewing someone. The spotlight is on the interviewee. Rogan, however, will repeatedly share the same anecdotes about himself to new guests. Fans have heard Rogan, again and again, talk about his love of hunting, isolation chambers, MMA, Alpha Brain, “I got a bit about that,” and his personal thoughts on the transgender community. Interviewers also don’t tell interviewees how they believe the moon landing was possibly faked.

When it comes to interviewing, Rogan rarely challenges his guests, unless it’s about marijuana or something personal to him or, in some great instances, climate change. As a show host, the stand-up comedian only picks and chooses which subjects to seriously question his guests about. If anyone dares to question legalizing marijuana, Rogan will go at them hard. If Rogan has Proud Boys’ Gavin McInnes or any other controversial guest on his show, on the other hand, he’ll conveniently say his job is to let them just talk. He cherry-picks when to challenge people, usually when it’s easiest.

Rogan will even admit to not researching his guests. Guests can appear on the show and tell stories or express ideas that go unchecked. Those falsehoods reach millions of people listening. It’s dangerous when an audience is made up of millions of people, like Rogan, who probably don’t check the facts. Good interviewers fact check, know who they’re talking to, and know when they’re fed lies.

Dick Cavett, Johnny Carson, occasionally Larry King, and most recently, David Letterman and Howard Stern, now those are quality interviewers. Those three can let conversations flow naturally, not let lies or questionable comments casually walk on by, and best of all, produce enlightening and entertaining conversations without much bloat or, in the case of Rogan, hit or miss jokes. Joe Rogan is a good podcaster, not a good interviewer.