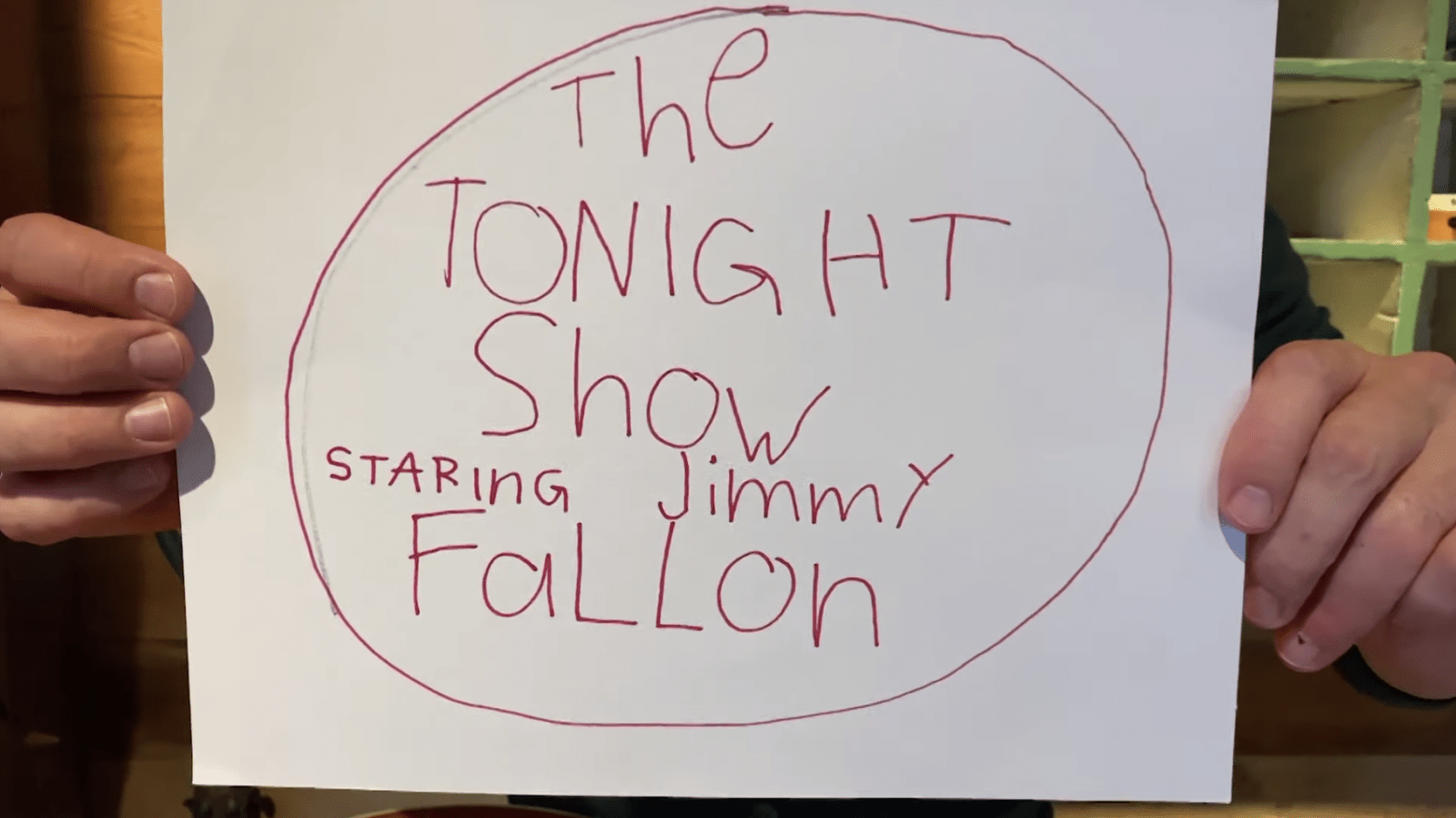 Jimmy Fallon Takes ‘The Tonight Show’ Home With Him

Jimmy Fallon has taken The Tonight Show to Florida, Arizona, California, and recently filmed an episode on a New York subway train. But in the midst of the COVID-19 outbreak, Fallon decided to take The Tonight Show home with him—like, literally.

On Tuesday, a new version of The Tonight Show Starring Jimmy Fallon debuted on the show’s official YouTube channel. As many around the country—and the world—take part in practicing social distancing, Fallon decided that he would continue to bring his show to his viewers to help bring them some light-hearted humor.

This “At Home” edition is shorter than a regular episode, but still brings the funny from the show’s hour-long episodes seen every night.

Fallon opened the inaugural episode of The Tonight Show Starring Jimmy Fallon: At Home Edition from the comfort of, well, his own home of course.

“Hi guys, this is Jimmy Fallon and this is ‘The Tonight Show’ home edition, I guess you can call it, and we really don’t know what this is, but I wanted to put something out there for you guys so that we can just have some levity in these bizarre times.”

Following the opening, he kicked everything off with a monologue, just like he does with every episode. He stated that his wife, Nancy, would serve as both the camera operator and audience, and that all the graphics were drawn by his six-year-old daughter, Winnie; we also received cameos from his five-year-old daughter, Frances, and the family dog, Gary.

Since yesterday was St. Patrick’s Day, Fallon showed everyone how they could still celebrate without going outside: by drinking Guinness and eating some soda bread; additionally, he shared a drawing done by his daughter, Winnie, and also sang an original song about the holiday.

Episodes of The Tonight Show Starring Jimmy Fallon: At Home Edition will air weeknights until production resumes. According to Deadline, celebrity guests will come on the show and talk with Fallon via Zoom. The mini-show may also include versions of regular Tonight Show segments; earlier, Fallon took to Twitter and asked viewers to describe their time at home and to tag it with #MyQuarantineInSixWords.

Fallon also explained that he will highlight on a different charity each night to help bring awareness and raise funds for those who are in need during these tough times. The first, Feeding America, is a food bank committed to serving communities and people facing hunger in America during the COVID-19 pandemic.

Furthermore, as of writing this article, Fallon revealed that tonight’s episode will air on NBC at 11:35PM EST before one the show’s reruns.

You can watch the first episode below:

Since the COVID-19 outbreak, both daytime and late night talk shows have put production on hold for the time being. Originally, most of these shows planned to continue production without live audiences. But ultimately, the decision came to halt production for the safety of the hosts and their crew.

But along with Fallon, other late night hosts also let their viewers in on how they’ve been since halting production.

Stephen Colbert filmed a surprise monologue from his bathtub that was added to preface Monday’s repeat episode; he called it The Lather Show with Scubbin’ Colbert, with guests Mr. Bubble and musical duo Head & Shoulders and talked about social distancing.

Jimmy Kimmel also joined in on the at-home monologue fun by posting a “Quarantine Minilogue” to the Jimmy Kimmel Live! YouTube channel.

Trevor Noah posted a video for his viewers on his Twitter account; he stated that he took inspiration from Italian citizens by singing a song from his balcony.

And just a few hours ago, Late Late Show host James Corden tweeted some words of comfort, stating that we are all in this together.

While reruns of their shows are airing on television, what these late night hosts are currently doing might help alleviate some of the stress those around the country—and the world—are experiencing. People love to have a good laugh and bringing some humor to the table can help bring some light to a dark situation.