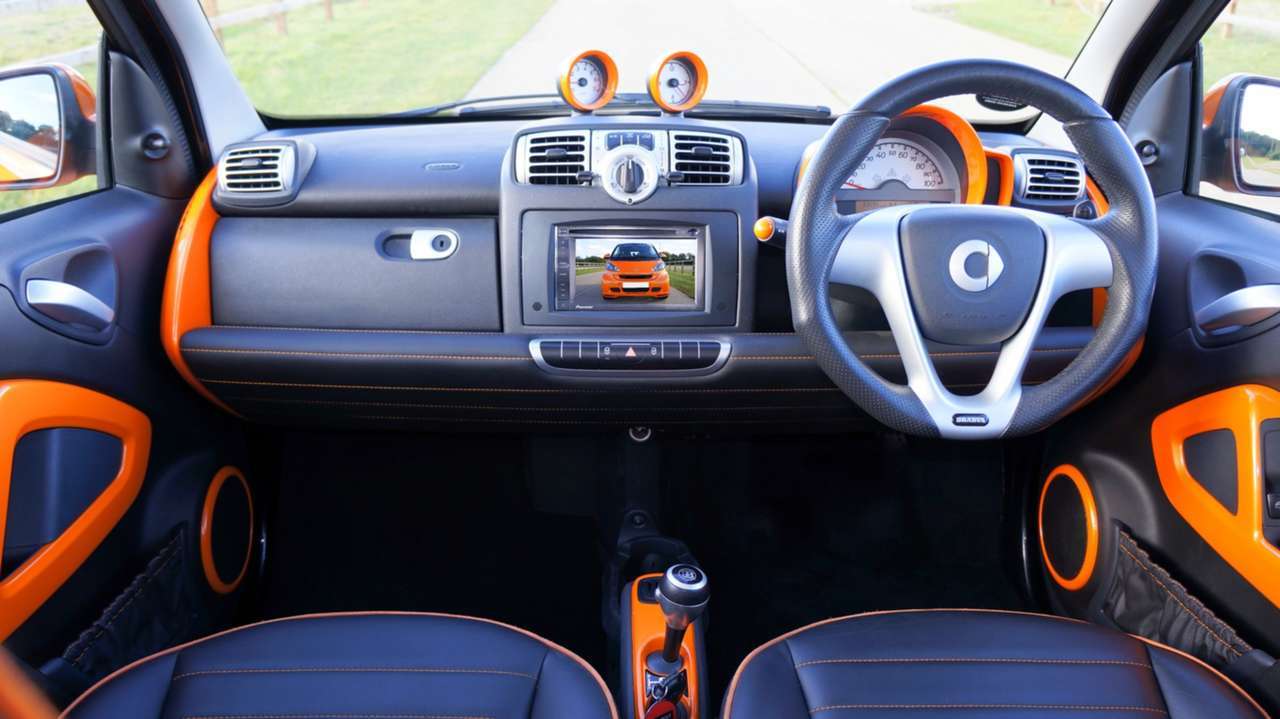 Are You Ready To Live In A World With Self-Driving Technology? Jeremy Kaplan Breaks Down The Future At CES 2019

The concept of advanced cars or even self-driving cars was first presented back when The Jetson’s first aired on television. While so far-fetched and novel at the time, we are now in the digital age where the technology actually exists, especially at CES 2019 in Las Vegas.

Immediately following the “Vehicle Tech’s Next Big Thing” session at CES this past week, I spoke with its moderator, Jeremy Kaplan, Editor-In-Chief of Digital Trends, about his five major take-aways when it comes to the future of car technology. Kaplan appears regularly on television and radio on networks like Fox Business, BBC, CNN, and NPR.

He’s a sought after tech pundit and futurist who’s worked with organizations like the Consumer Tech Association to identify and highlight the world’s most innovative technology.

Kaplan is no stranger to the often-sought-after question surrounding smart cars—when are we getting these things?

“I come to CES and there is an amazing amount of car technology here. And my friends at home are always asking me that question—and it’s a great question, because when are we getting these things?”

The reality of self-driving cars, according to Kaplan, is that the technology does exist today.

“We could do it right now. Here at CES, you can walk around the exhibitor booths and see that the technology is perfectly fine. That’s why Tesla has self-driving cars that can effectively drive themselves.”

The panel which Kaplan sat and moderated, was first focused on the challenges this technology faces.

“The panel that we had recognized that the biggest challenge we face with self-driving cars is government regulations and states, and the fact that there is an entire fleet of cars that don’t self-drive.”

When it comes to our electronic devices, personalization is everything. From the latest smartphones, tablets, and laptops, we now have different color and size options available. But, with vehicles, it’s an entirely new discussion.

“One of the things I found to be most interesting from our discussion is ‘personalization’”, Kaplan emphasized.

“Today, when you go to buy a car, you personalize it to some extent—evaluating the type of package you want, which determines the trim, power seats, radio interface, and even climate control. But the reality is, this isn’t personalization at all. If you were to walk around the booths here at the conference, you’ll see this is one of the major discussions.”

One of the panelists, an executive at Hitachi, walked the rest of the session through some of the advanced concepts they are working on in their labs, specifically pertaining to personalization.

“Given a world where there are biometric systems built into cars—fingerprint systems and video cameras for digital authentication, technicians can pretty accurately identify who is behind the wheel driving that car. And, all of a sudden, you have your entire identity in that car, which presents numerous ramifications.

Kaplan pointed out mainstream applicability in the area of insurance. Determining whether or not a person was awake or alert in a particular incident is crucial.

“Whether or not a driver is alert is a very interesting concept, especially when we look back at the idea of self-driving. At what point does the technology need to ‘take over’ again for that driver in the event the driver isn’t fully attentive or awake?”

The potential of this technology is that it could have the ability to pull up your social media news feeds, your favorite radio station, auto adjusting to your preferred climate, and even know where you are headed—e.g. office or home.

#3 –Are We Ready for the Darker Side of Technology?

With TV shows out there like Black Mirror that expose the realistic, and potential dark side of technology in various futuristic societies, there’s no doubt people today should be weary of the fast evolution our technology is experiencing.

Kaplan and I both agreed that convenience trumps privacy, and history has shown that. In emergency situations like Hurricane Katrina or even the California wildfires, people are as transparent as anyone could be when letting the world know where they are and how to contact them for assistance.

“Privacy is a very fluid concept,” Kaplan added. “When it comes to emergencies, that all goes out the window.”

Convincing the Masses of Utility

When it comes to cars and vehicles, people today are absolutely god-awful at navigating the roads, let alone abiding by clear traffic laws. Yet, even after obtaining a driver’s license, it’s as if all that knowledge base and common sense flies out the window, all pun intended. But the fact is, people suck at driving.

Recognizing this, I asked Kaplan whether we as a society are ready for this futuristic type of technology, or whether we are still dealing with pre-mature stages?

Kaplan’s response was both enlightening and thought-provoking:

“Fun fact for you—when push button elevators came into the market, people were terrified of it,” said Kaplan. “In fact, people wouldn’t get into elevators at all, because there wasn’t a push button operator opening the door for you. The companies that made elevators took out full page advertisements to convince people they could get on them safely and walk out in one piece.”

According to the renown tech expert, I, along with many others, are asking exactly the right questions.

“CES is always about this duality between the television set you can buy today and the futuristic technology you can buy fifteen years from now. With some of this far reaching futuristic tech, there is this dilemma of what it’s going to take to convince people. Technology is terrifying. Are we ready for personalization on that scale? I don’t think so. And, we asked the panelists that. I think they were all willing to admit that the tech industry needs to do something.”

#4 –The Perfect Key to Smart Car Tech Is ‘Safety’

Evidenced at CES this year, you see the majority of this technology encompassed by safety measures and mechanisms.

“The way to make this futuristic world of car tech work, is safety,” Kaplan explained.

“A lot of car tech, especially over the last three years, has been all about safety—lane keeping, blind spot monitors, and other alerts; which is why consumers have been actively pursuing it.”

I told Kaplan that up and until last year, unfortunately, I never really considered safety features as the sole factor when purchasing or leasing a car. It wasn’t until a major car accident involving a school bus did, I realize that when I purchased my next vehicle, the only thing I was concerned with were the safety features like the lane assist and blind spot monitors.

The Price of Safety

But in today’s market, safety still comes at a hefty price. But, at this year’s CES, the majority of this technology now comes equipped with these safety concerns addressed. You’re not having to pay a butt-load extra just to ensure you won’t lose a limb when using the particular vehicle or device.

AR: How do you feel as a consumer and a tech expert, about having to make the financial decision on whether or not your vehicle contains the latest safety features?

JK: You raised a fantastic point. One of the challenges I would argue, is when smart car manufacturers first started developing these things, everyone had to build their own technology—Apple had to build their own touchscreen, then Motorola, and others followed, but all had to reinvent the wheel, building their own unique touch screens. We see the same thing in the car industry, especially with these new technologies. For example, I think one of the most fantastic, innovative aspects of this car technology is ‘adaptive cruise control’.

But the challenge is when you mandate that everyone should buy a car that for example, has automated emergency breaking. It seems logical, right? Except, some cars just don’t do it as well as others. And, that’s the reality of marketing economics.

#5 –The Necessity of Unisex Technology For All

Unfortunately, the technology industry has a really bad rap these days. Kaplan and I agreed that we definitely have a distorted ratio when it comes to male versus female employees, in addition to sexism.

“With a convention as big as CES, a lot of this technology is geared towards men. A few years ago, when Willow came out with the ‘wearable breast pump’, all of a sudden, the industry has this piece of technology that has nothing to do with men, but is really great and takes a huge part of a women’s development and makes it smarter and more helpful. That’s what technology should do.”

I asked Kaplan in the little time he has had to roam around and explore the many buildings and exhibition booths of tech, what has caught his attention thus far.

“With the little time I’ve had, I’ve been particularly interested in the Impossible Burger,” Kaplan responded. The company, Impossible Foods, debuted and released its new plant-based ‘Impossible Burger 2.0.’ to consumers this year at CES.

“I had my first taste of the Impossible Burger a month and a half ago, which is now available in the market at places like White Castle. We ordered tacos into the office one day—the beef one, shrimp one, and the Impossible One. And, this year at CES, I went back to Impossible, because it was good, and with their new formula, it’s supposed to be tastier and more nutritional.

“Consumers are scared of technology, but they shouldn’t be, it’s here to help make our lives easier.”