Keeping Personal Fitness and Success In Your Stockings This Holiday Season

By Andrew Rossow
GRIT  DAILY
The Premier Startup News Hub.
Grit Daily is a top source for news coverage on brands, fashion, tech, influencers, entrepreneurship, and life. Based in New York City our team is global and brings with it over 250 years of combined reporting experience.
Keeping Personal Fitness and Success In Your Stockings This Holiday Season
By Andrew Rossow

As you begin hanging up your holiday stockings, it’s smart to keep personal fitness and health in mind. As the New Year is right around the corner, focusing on your personal health isn’t a bad idea.

For many, concentrating on personal fitness and health is a major priority. GritDaily spoke with fitness savant and best-selling author, Jennifer Cohen, who recently released her third book, Badass Body Goals: The Booty Building and Waist-Trimming Journal.

Cohen herself is best known for being the face of Nike for over 12 years, and was the first fitness celebrity spokesperson for Weight Watchers, helping to develop their fitness pillar and workout plans. Cohen has also been a spokesperson for brands including Muscle Milk, KIND Bars, Victoria’s Secret Sports, and Polar Heart Monitors.

But, Cohen’s latest book isn’t so much a book, as it is a journal, training readers how to effectively meet their workout goals, including step-by-step image tutorials and areas for you to fill out your progress.

According to Cohen, the book is different than most on the market, because it’s utilized to help keep the reader as accountable as possible. 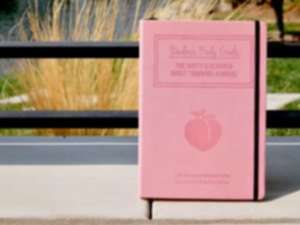 “With a program like this, two things happen—first, journaling creates the best success over time, because you are visualizing it in front of you, which allows you to move forward to the next day,” Cohen explained.

“Second, you are able to then visualize the entire program. When people don’t have this ability, they often get confused, frustrated, and even hurt. What I try to do with this book/journal combo, is attempt to eliminate as much failure at all costs, while promoting personal success in any way I can.”

The author told us that not having that extra element of writing down daily progress, struggles, or emotions, can prevent lending the best results.

“When you’re talking as an expert, there are always pitfalls, because there are those individuals who aren’t always able to understand or appreciate in real-time, how to perform an exercise or routine,” Cohen told GritDaily.

Find Your Passion and Capitalize

Cohen’s passion was always centered around fitness and athletics. While initially starting in the music industry as a record label producer, Cohen transitioned into a record label trainer, where she was able to then later become certified as a personal trainer.

“Once you have your foot in the door, other people are drawn to you and want to work with you, and for me, my first was with Nike. From there, I was able to continue building my brand, leveraging one opportunity for another, and learning how to build out my different brands.”

But, when it comes to finding your passion, Cohen encourages you to follow it to the end, if you are able to capitalize off it.

“I always say to people, they should do what they like because they are going to do it with heart and passion, and eventually things will work out or manifest themselves. They may not always be what you thought they would, but fairly close to it.”

#1 –Everything is Saturated, So Find Your Niche

Find what your niche is—what you’re really good at, then capitalize on it. If you’re trying to be a personal trainer, go beyond working hour to hour, or day to day—set up a kind of system that makes you stand out from all the rest.

Today, everything is very saturated—there are so many people doing a lot of everything, but figuring out how to tweak something just enough to make it ‘you’ and make it stand out from the crowd. Then, build out that brand.

If you are someone who loves personal training, focus on specific areas, like endurance or speed, and from there, you hone in and find that smaller niche. Once you do this, you will have a chance later on to expand and broaden that. In the training world, you need to be as niche as possible in order to grow.

#2 –If the Door Hits You, Find Another Way In

I believe everyone has their challenges in life, as did I. But I found myself always being extremely tenacious and relentless. I didn’t let the rejection or my inability to do something keep me down for too long. If a door closed in my face, I found a new way in through the window.

#3 –Remember to Give Back

In starting up this charity, Cohen said she and her best friend, wanted to give back.

“When I got married, I still had this black book of people I had previously dated. I told my friend, as a joke, that I should auction off those guys for money. From that comment on, I built out an entire charity.”

The Good Human Foundation, in hosting its annual Babes for Boobs event, is where Cohen is able to capitalize off very eligible guys for a lot of money, which is then donated to charities raising money for breast cancer awareness and research.