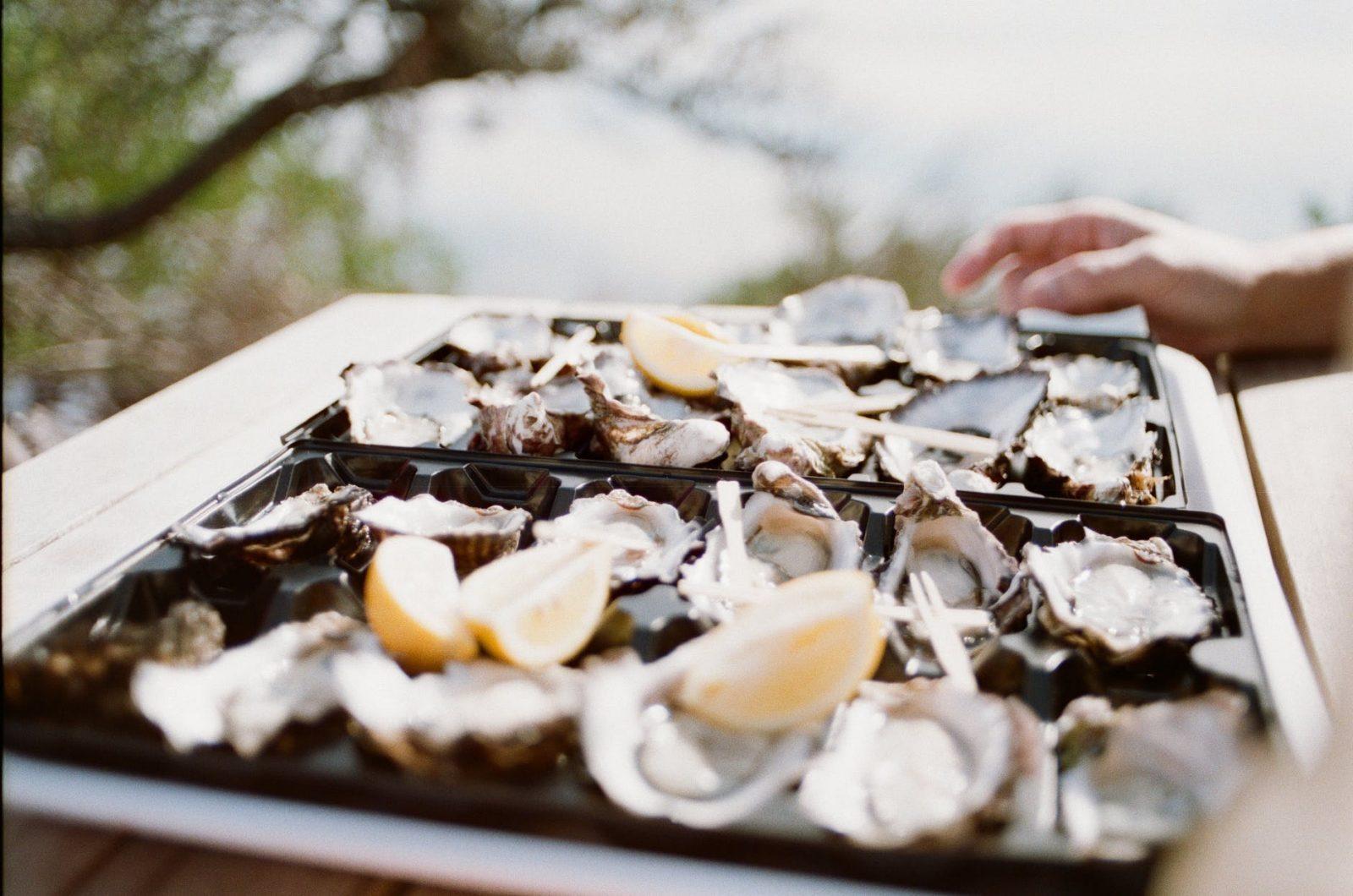 Scientists have long touted the ecological benefits to flourishing oyster communities in our oceans. Oysters naturally filter and detoxify oceans as they live, but a combination of pollution and over fishing puts oyster ecosystems at risk of falling just like other marine life species around the world. Just one oyster can filter up to 50 gallons of water per day, acting like a small kidney for the ocean’s water as they filter out pollutants and other toxins that affect marine life.

In particular, a 2014 study from Stanford revealed that oysters are tremendously effective at removing pollutants like phosphorous and nitrogen from the oceans. Those two chemicals are commonly associated with industrial activity in the ocean, meaning that oysters could effectively remove the presence of human activity on marine ecosystems. This time-lapsed video, for example, shows how oysters are effective at removing pollution from water in as little as a day.

Over fishing of oyster reef habitats put the creatures at risk of having their populations fall too low. Oysters, which are considered a delicacy in many countries around the world, are common in seafood restaurants and coastal eateries. The creatures live in brackish waters—meaning a mixture of both fresh and saltwater—meaning they can survive in ecosystems closer to where a majority of human activity takes place.

But because they’re so popular as a food item, they also run the risk of becoming endangered if fishing industries rely too heavily on wild-caught oysters. Some commercial seafood farmers are, instead, turning toward farming as a means of ocean cleanup on top of being a stable source of commercial food products.

Some commercial fish companies in places like Cape Cod are looking toward shellfish as a means of ocean cleanup. The strategy allows fisheries to hire more workers to facilitate growing more shellfish, while decreasing the risk of over fishing which ends up hurting the environment more than before.

While oysters and other shellfish can play a pivotal role in reversing the overexposure of chemicals to ocean water, it won’t remove all of the bits of plastic from our oceans that’s there already. For that, scientists are working on other ways in which filtering out plastic goods from the ocean can happen without disrupting the delicate ecosystem that exists there already.

In San Francisco, scientists recently released a massive net that would trudge through the Pacific in hopes of filtering out plastics from the ocean. Special netting created to help let fish pass through effortlessly, while catching and holding garbage, would prevent the net from hurting ocean ecosystems further.

The netting placed by the Ocean Cleanup Foundation hopes to remove plastic debris from oceans, while an increase in oyster farming could help decrease chemicals in the water. In particular, chemicals like nitrogen that increase the presence of algae can be counteracted by oyster farming, as the oysters process the toxins in the water in the same ways that plants photosynthesize.