Investing in gold and silver mining companies gets plenty of market buzz and traction, but many believe copper mining is ready for its closeup. By buying shares of companies involved in copper mining, development and exploration, investors tap into the companies’ performance and the price of copper and its forecasted gains.

Copper is very much in demand now due its integral role in everything from key infrastructure to electric vehicle (EV) parts to renewable energy. As the world moves forward in the transition to clean energy, the spotlight grows on copper mining companies. The market is ripe with many inviting investing opportunities, from multinational mining conglomerates that mine for copper as well as other metals, such as BHP Group (NYSE: BHP), Vale (NYSE: VALE) and Rio Tinto Group (NYSE: RIO) or copper producer specialists such as Southern Copper Corp. (NYSE: SCCO) and Ero Copper Corp. (TSX: ERO).

For investors with a stronger stomach for risk and the upside potential of significantly higher rewards, the world of copper exploration and development companies awaits. These junior mining companies are focused on exploration, development and working to get the mine(s) permitted with the goal of producing upwards of 100 million lbs. per year.  Once production surpasses that, the companies move into mid-tier or major company status.

When reviewing junior mining companies, it is important to look at the management to ensure that the leaders have a strong record of transitioning from discovery to production with other companies they have led. It is also important to assess that the team has a unique skill to navigate the mining sector in the regions they are focused on, and that the companies have substantial capital market experience and broad-based shareholder and investor support. So, before making that investment in that junior copper mining company, attend and review shareholder presentations and review the team’s credentials to make an intelligent investing decision.

As the President & CEO of a company focused on the exploration and development of copper porphyry projects in the United States and Chile, I think it is also important for investors to look at the junior copper mining company’s geopolitical ramifications of its properties looking for friendly regions, particularly South America, North America and Australia, rather than China.

“If China’s dominance of rare earth element supplies is the global energy transition’s ‘elephant in the room,’ then copper is the 800-pound gorilla,” according to the Baker Institute. President Biden has invoked the Defense Production Act to expand domestic production of critical minerals, which includes copper, should facilitate ongoing efforts of mining companies to produce geopolitically friendly copper in the United States.

By investing in copper mining companies, you are investing in the future of clean energy.  Alternatively, investors can hold copper in physical form, just like gold and silver which can be done by purchasing copper bullion bars or coins which sometimes attracts the ‘Doomsday’ crowd.  Investors can also gain exposure to the value of copper through the purchase of exchange-traded funds (ETF’s), futures or by investing in companies that mine and prospect for copper.

Copper has been used for thousands of years and faces increasing global demand with the advent of new technology, while simultaneously forecasted to experience significant declines in supply. Given its attributes, copper is often used for electrical purposes such as power transmission and generation. Like its base metal sibling nickel, it has a major role in the electric vehicle (EV) revolution, with the CRU Group expecting consumption of copper to jump five-fold by 2030 due to demand from the green energy market.

Copper is the third most consumed industrial metal in the world, behind iron ore and aluminum, as per the US Geological Survey. With copper’s starring role in the electric vehicle (EV) revolution, some analysts predict copper consumption will jump five-fold by 2030 due to green energy demands.

In November 2021, CitiBank wrote that “decarbonization will drive consumption,” and “higher prices will be needed to draw in enough copper scrap to meet longer-term demand.”

President Biden is contemplating removing tariffs on some Chinese goods to ease trade tensions between US and China, which could result in upside movement for copper. The major factors contributing to copper prices are supply and demand, economic growth, inflation, and the value of the US dollar. The bullish fundamentals for copper are driven by supply shortages and low global inventories, and its starring role in green electrification, transport and infrastructure.

Copper has been a critical metal for the global economy since the Bronze Age and its importance is only set to grow in the future. A savvy investor stands to benefit from adding some exposure to this critical metal as its growing importance begins to be realized. 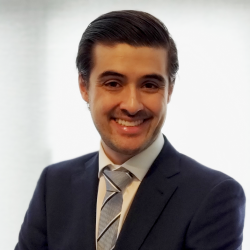 Nolan Peterson is President & CEO of World Copper, a Canadian resource company focused on the exploration and development of its copper porphyry projects: Escalones and Cristal in Chile and Zonia in Arizona.