By Brian Wallace
GRIT  DAILY
The Premier Startup News Hub.
Grit Daily is a top source for news coverage on brands, fashion, tech, influencers, entrepreneurship, and life. Based in New York City our team is global and brings with it over 250 years of combined reporting experience.
Investing in Africa
By Brian Wallace

The continent of Africa is called the “cradle of humanity.”  It’s where humanity began, but today most of Western society knows very little of the realities of life in this massive, diverse land. Myths about the people and the place abound. Many people assume that Africa is impoverished and dry; that the people are destitute […]

The continent of Africa is called the “cradle of humanity.”  It’s where humanity began, but today most of Western society knows very little of the realities of life in this massive, diverse land. Myths about the people and the place abound.

Many people assume that Africa is impoverished and dry; that the people are destitute and living mostly in mud huts on rural savannahs. People may assume that the entire continent is steeped in violence and war, but these assumptions are unfounded. These ideas are based on what we’ve seen in movies or ads for charitable organizations, but they aren’t the whole truth. There are many opportunities to invest in Africa.

Almost half of the African population live in large cities where you won’t find many mud huts. Eighty percent have access to a mobile phone. In the next few years, 65% will be considered middle class with a working-age population that will soon exceed that of China and India. Africa is home to 16% of the world’s population but only 3% of the global GDP currently. That disparity is coming to an end as the African economy is the only one set to grow by double digits in the next 10 years. African GDP will reach $4.5 trillion by 2025.

The fact is that Africa is brimming with opportunity, potential, and growth. The African population is still in need of some of the basic things that are common in Western society, such as healthcare and education. Investors, businesses, and individual entrepreneurs can take advantage of the market need and find great success in meeting the challenges that face African societies. It’s a fantastic environment for both growing businesses and investments, and for bettering the lives of the general population in meaningful ways. Big tech companies, such as Facebook, have been investing heavily in the continent.

There are currently five core sectors with potential for growth in the African economy: healthcare, education, agriculture, finance, and energy. Although Africa has 16% of the global population, it only has 2% of the world’s doctors. The great need for better access to healthcare has opened up a growing market for health tech that is growing rapidly. In the next three years, the African healthcare industry will reach over $37.1 billion.

Education is another area where the immense need has created a massive growth environment opportunity. The COVID pandemic spurred a 97% increase in the use of educational technology. More children in sub-Sahara Africa are finishing primary school than ever before. Nevertheless, 1 in 5 children still are not receiving an education. That means that only 28 million out of 450+ million children are benefiting from the current education system.

The third growth sector is agriculture.  Africa has huge potential for expanding agriculture. The continent contains 60% of the world’s arable land, but 12% of  harvests are lost, mostly due to poor storage. Sub-Saharan Africa still imports $15 billion in crops every year. Investments in infrastructure and agricultural inputs could actually triple the current agricultural yields.

Number four is the finance sector. The vast majority of Africans have access to mobile phones. Online transactions have overtaken traditional banking, reaching $456.3 billion in 2019. By 2022, banking revenue will reach $129 billion. Foreign nations are investing in Africa, which yields a higher ROI than in any other developing region.

The fifth major growth area is in energy. A number of African countries are far more advanced in sustainable energy use than Western countries. In fact, while the US and UK only source 11% of the energy from renewable sources, Kenya, for example, sources 13% from geothermal and 50% from hydroelectricity. The rest of the world needs to catch up!

In summary, Africa is far more advanced in many ways than many in Western society have understood. The potential for business investment in Africa is well beyond our former thinking. It’s time for the business world to chase after this rapidly growing economy and get involved in empowering this rich, diverse land of our origins. Learn more on investing in Africa in the visuals below: 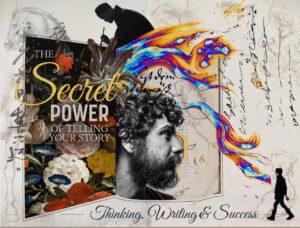 The Power of Telling Your Story

Digital Health Trends of the Future 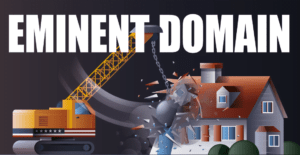 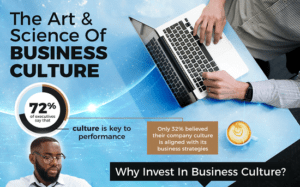 The Art and Science of Changing Company Culture 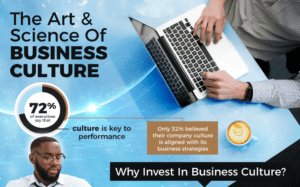 How to Change Company Culture 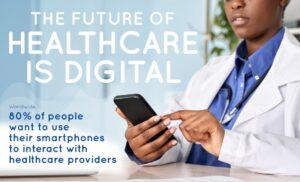 Healthcare Messaging Is the Future of Healthcare