Social media giant Instagram has announced it will no longer show the number of likes a post gets. This has been going on for some time in other countries. Canada has had its likes hidden since May. Then, last month, Instagram said it would be doing the same thing in six additional countries: Australia, Brazil, Ireland, Italy, Japan and New Zealand. Now the change is coming to the U.S. Even though this news has gotten negative attention, many people think it’s a great way to combat how Instagram affects mental health.

This big change to Instagram may be a part of Facebook’s plan to rebrand its apps. Facebook has been under fire for privacy issues for a while. But now, The Federal Trade Commission is investigating the company and its acquisitions. Instagram will see other changes, too. Its direct messaging feature is being integrated with Facebook Messenger and Whatsapp.

Instagram has created its own culture of lifestyle and body standards many people feel the need to keep up with. Just last year, influencer Lissette Calveiro gained a few headlines after she admitted she had racked up more than $10,000 in debt trying to live an “Instagram-worthy life.” This included her going on shopping sprees, trips and more that she couldn’t afford simply to look good on the app. She isn’t alone. Another influencer was on Dr. Phil for her social media habits. Ava Louise sat across from Dr. Phil on his daytime talk show to talk about her quest for Instagram fame and how she didn’t seem to mind treating others around her horribly to get it.

Social media can have big impacts on mental health

Articles and studies have been published about the effects social media has on people’s mental health for years. In fact, social media anxiety disorder is a term for the anxiety someone feels when they don’t check their accounts. On top of that, studies have shown the impact social media can play on people’s self-esteem. Hiding the likes on Instagram posts makes it harder for people to people to compare themselves to others. This can prevent someone from being overly concerned with how many likes they or others receive. But, people will still be able to check how many likes their posts get.

Influencers have turned social media into a business

Other people are using social media for more financial reasons. Influencers have created big business from it. Those sponsored posts can bring in a lot of money, but how much money depends on a few different factors like how many followers someone has or how engaged their audience is. But the average estimate that influencers get paid one cent per follower. This rule means that if someone has 50,000 followers they can be paid $500.

Even if influencers aren’t getting paid for their posts, they can get free products in exchange for a review. That’s why things like affiliate links and coupon codes are such a big deal. Influencers get a portion of the sales that are generated through them.

Australian influencer Mikaela Testa went viral for reportedly cried about Instagram likes being taken away. On a Facebook post, she said that Instagram is a “real job.” She says she’s made $45,000 ($64,471 Australian) from the app since she started five months ago. She even posted a video on YouTube to defender herself where she says that people who are negatively affected by things they see on social media shouldn’t be on it. 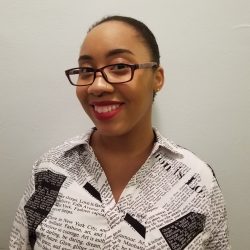