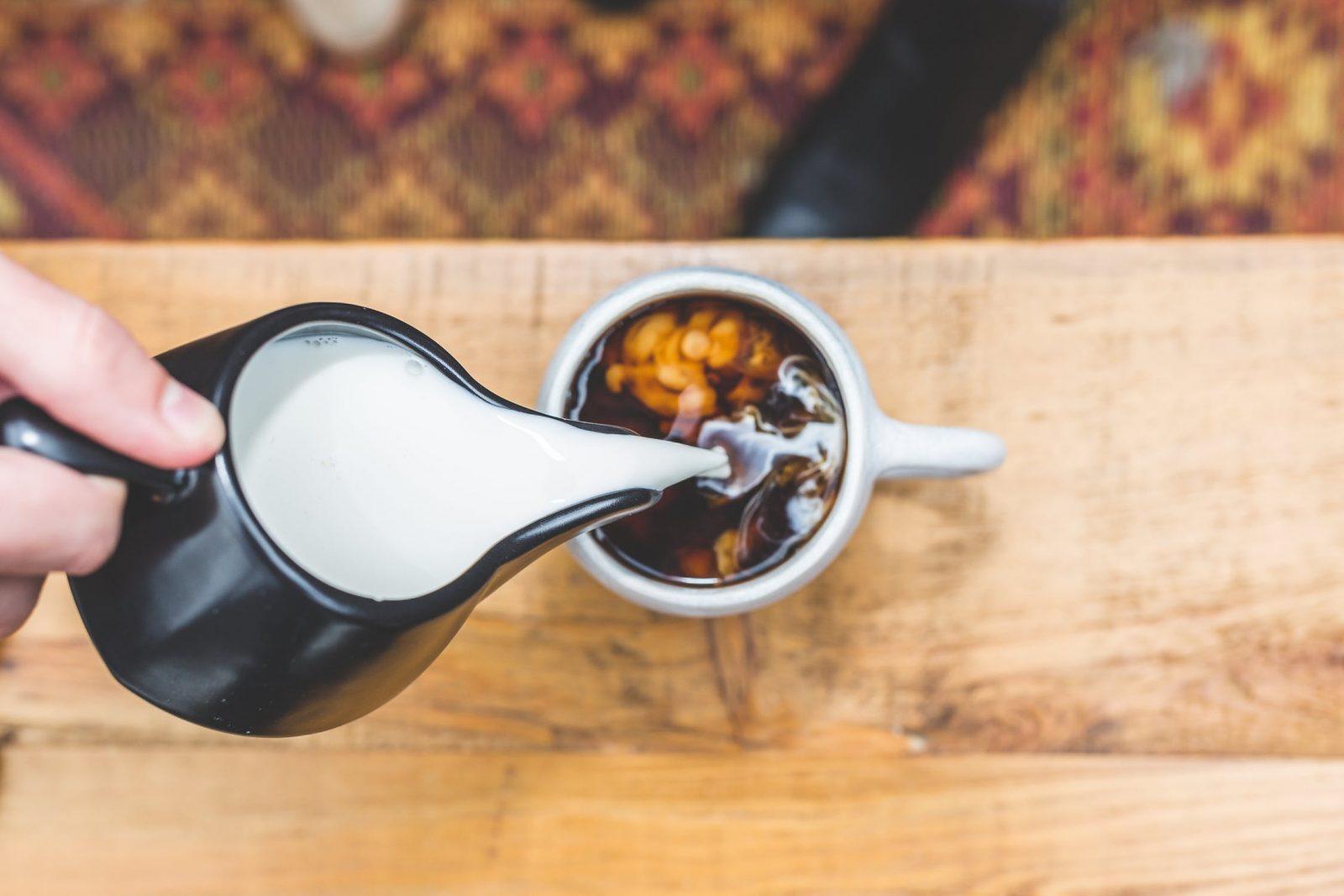 Impossible Foods Has A Milk-Free Milk In The Works

By Katherine Stinson ON November 3, 2020

I have no idea what milk tastes like. However I do get a kick out of asking friends and family to describe the taste to me. “It’s a lot creamier than that.” Tends to be the most common response. The “that” they’re referring to is soymilk, the milk substitute I had grown up drinking because of my deathly dairy allergy. Although there’s a plethora of milk-free milks on the market nowadays it felt like soy was the only option back in the 90’s.

Now it feels like every corner coffee shop that-isn’t-Starbucks has an oat/almond/coconut/soy option. Which is super great. But soy remains my personal preference. It can definitely get a bit clumpy in iced lattes though. Does that happen with regular lattes?

(It is worth noting that the Burger King and Starbucks Impossible food items are not 100% vegan, so please proceed with caution if you’re looking for a 100 percent vegan product.)

Impossible Foods CEO Pat Brown said the purpose of developing an Impossible milk was to produce a milk that dairy drinkers would actually want to buy. The company did reveal a prototype of the milk, demonstrating how well it blended with coffee as well as how the plant-based milk could foam up like the real thing. (Per a CNN report.)

Soy is being used currently as the main ingredient for the Impossible milk prototype, although the actual product is still in development.

Impossible Foods have raised over $700 million dollars this year. While their Impossible milk still isn’t ready for sale, it’ll definitely make an impact when it hits store shelves. Any non-milk milk that doesn’t get gritty when utilized for vital lattes will definitely sell well for coffee shops, consumers, and grocery stores. It’s great that the company is dedicated to creating a milk that’s on par with their plant-based meat products.

The company also has plans to develop Impossible pork, steak, and more.

As someone who has purchased Impossible burger patties and sausages, I have to say this is great news! I’m a fan of the idea of a non-gritty latte. However, the Impossible products can be a bit pricy. I bought a package of the sausages one time thinking $9.99 was a really decent price for eight sausage links only to discover it was a pack of four. Their products are among some of the best plant-based meats that I’ve tried but it’s hard to justify spending so much for so little.

The Impossible Foods brand is innovative and delicious. It’ll be interesting to see how their milk compares to the real deal. Just don’t ask me which one tastes better.