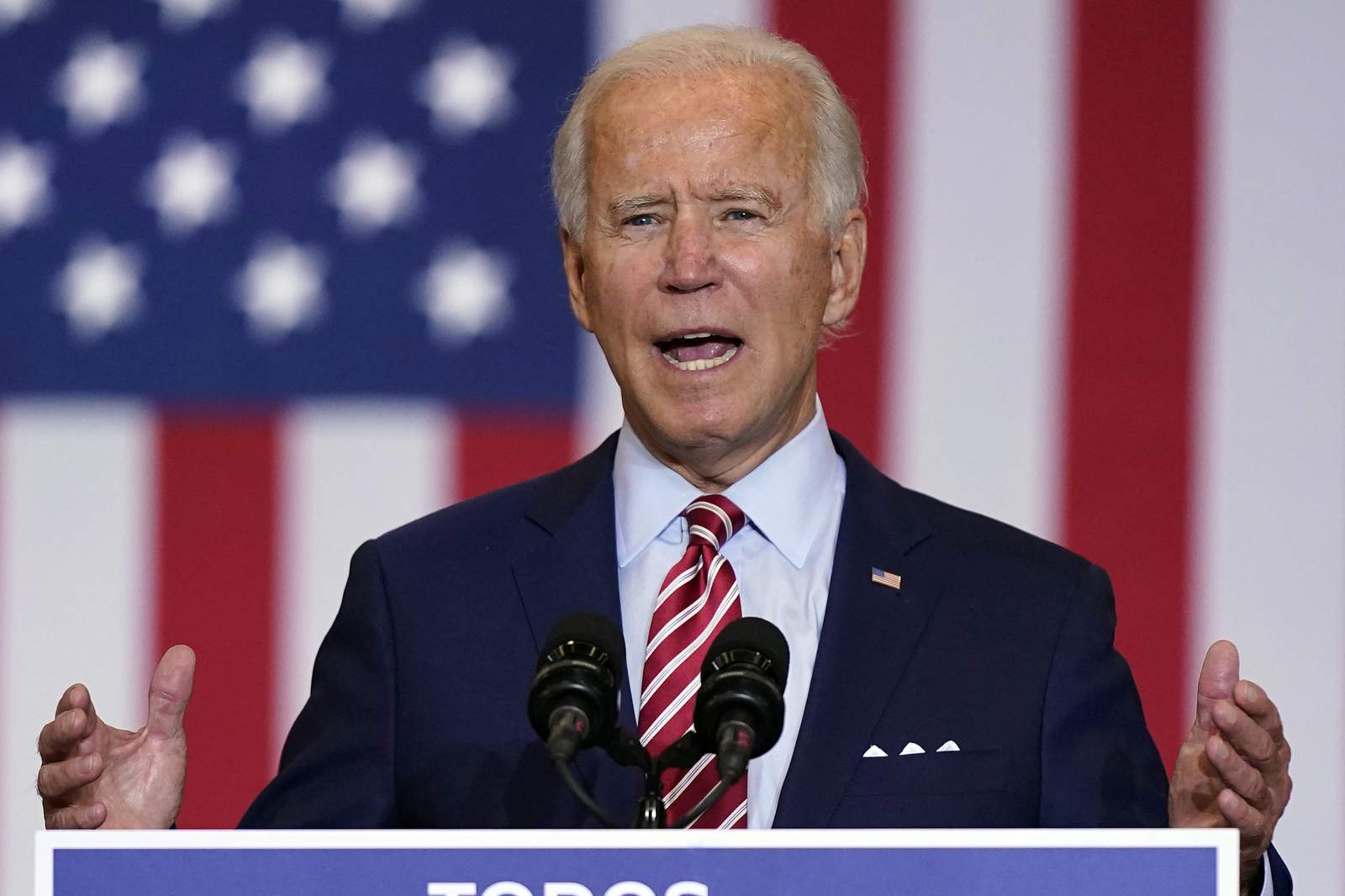 Opinion: I’m A Young Leftist. This is Why I’m Voting for Joe Biden

Joe Biden was not my first choice for the Democratic Presidential nomination. He wasn’t my second or third either–heck, out of the 20+ candidates who were vying for the position, how could he be? An overwhelming majority of my political views are opposed to what Joe Biden stands and fights for.

However, here we are. Less than two months away from the Presidential election and the only viable opposition to President Trump is Joe Biden. We can certainly discuss and analyze how we found ourselves in the position where the two main candidates are a neo-Fascist catastrophe and neoliberal disaster–trust me, I love this topic. Some say that if you really stop and think, we’re essentially one political party away from a dictatorship. However, these are the options that are in front of us now.

As I said, Joe Biden was not my first choice. Far from it. But when faced with a decision between the likes of President Trump and Joe Biden, the decision for me is clear. I will vote for Joe Biden. This isn’t because Kamala Harris will make identitarian history as Vice President or because I believe the mainstream media’s rosy depictions of him. Nor do I make this decision with a light heart either. I know how fortunate I am to even be able to vote. I’m making this decision for a narrow set of reasons that I think any true Leftist or young voter will understand and hopefully relate to.

In conversations with friends, family, and even myself the topic of climate change has been an important way to view the decision to vote Biden in this election. I’ll be the first to say, and not alone, that Biden’s climate policy does not go far enough. After a heavy push by AOC and other climate leaders in the Unity Task Force, Biden’s plan remains a minimal step. However, President Trump has actively been dismantling environmental protections and regulations since he took office.

President Trump is also of the sect that vehemently denies science and the subsequent claims of man-made climate change. This is a direct threat to everyone around the globe–and especially future generations. Noam Chomsky has even gone as far as to say Trump is, “undeniably the worst criminal in history” for his stance on the climate.

It’s silly to have to say, but Joe Biden acknowledges science and the realities on the ground–and this is crucial. Even if Biden’s proposals don’t go far enough, I will always cheer for one step in the right direction rather than two steps in the wrong. It’ll be our responsibility as citizens and the duty of our elected officials to push a President Biden to adopt more meaningful and resolute climate objectives. It will be our fight to push Biden to end subsidies for fossil fuel companies, implement carbon taxes and controls, and adopt a paradigm shift in American views on climate. This is the fight worth having and it will only be possible under a President Biden.

President Trump, his administration, and his policies have slashed countless supposed protections of our democratic institutions. I’m just as disappointed as anyone how in three years one of the world’s purported greatest democracies could be so close to dissolution. This must be a wakeup call to all of us that our democracy is fragile and cannot sustain itself solely by the guidance of a handful of officials in Washington. A democracy of, by, and for the people relies on the people. Not just those who we elect.

Joe Biden is not the answer to American democracy and stability in the long-term, but when compared to Trump in the short-term, it’s a no-brainer. The American Empire is destined to collapse, and cracks have been emerging well before Trump came to office. Whether or not Joe Biden wins or President Trump is reelected, our post-World War II empire will meet the fate that all empires have come to know. Now, this doesn’t mean the United States has to become obsolete or a failed state. There is still time for proper stewardship of the inevitable.

Reconstructing ties with our closest partners in Europe and around the globe are a vital element to our own stability. Building new bridges with those we’ve often dismissed and cast aside are also crucial.

I don’t agree with Joe Biden’s foreign policy stance nor with the team he plans to bring in. However, in some regards, his administration will be better suited to coordinate and partner with other nation’s leaders. This is essential to restoring American credibility and no longer being viewed as a laughingstock. In a world that we globalized, we must be a leader in guiding our shared futures toward prosperity.

My last point is that a President Biden will not be perfect, I hope I’ve made that abundantly clear. But I have some faith that he will be more answerable to the people who elected him. Furthermore, it will be our responsibility, especially those on the Left, to push Biden–even pull him if we have to.

His platform does not go far enough to secure an inhabitable planet for generations to come nor does it provide the needed relief of millions of Americans who were desperate even before the Coronavirus crisis hit. His voting record as a Senator and his actions as Vice President doesn’t give me a sense of comfort. The stances he has taken on foreign policy and his open hands to industry don’t fool me into believing it will be an easy fight.

However, we know who Joe Biden is and we can understand somewhat how his administration will operate. This is not the case for President Trump. Fighting for genuine, needed change under a President Biden will be tough and feel near impossible at times. But I will always take “tough” and “near impossible” over scientifically unlikely and even dangerous as it has been seen to be under President Trump.

Millions of Americans believe that no matter who they vote for their needs won’t be met, their families will not be protected, and their futures will not be safeguarded. I understand that view of American politics. I sympathize with it. I’m not here to tell you who to vote for, or why you should vote. There’s enough of that already. I’m here as a 22-year-old with a vision of a prosperous, vibrant, and achievable American future. One that I hope others can imagine and are willing to fight for too.

Electing Joe Biden is not the end of the battle. It’s hardly a start, but it’s where we are now. For those of us who are in Red or toss-up states, our votes against Trump must be decisive. The actions we take today will pave the road for the movements we pioneer tomorrow. Reality is on the side of the progressive Left.