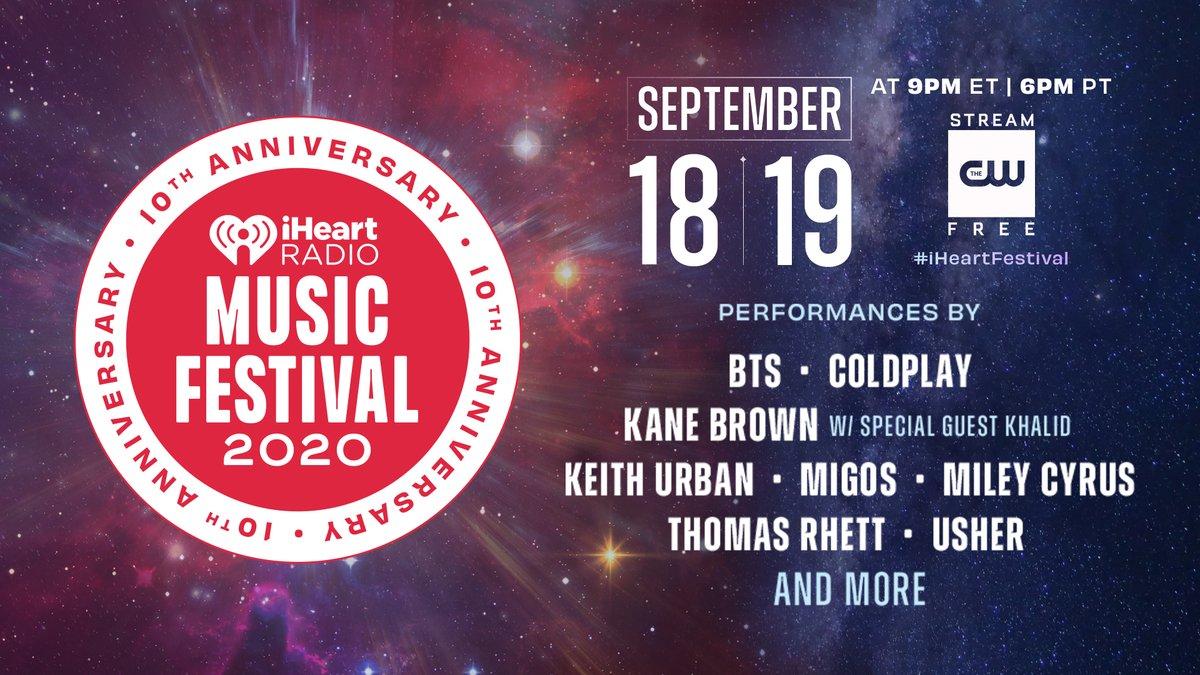 When you look up the IHeartRadio Music Festival on Google, it tells you that it is cancelled. However, iHeartRadio announced that the two-day concert event will return this September, only virtually.

The festival, which turns 10 this year, usually returns to Las Vegas every September, but with COVID-19 not slowing down any time soon, going virtual is the way to go at the moment.

What to Expect at This Year’s Festival

In the same fashion as the in-person festival, this year’s event will run over the course of two days; we will learn what days the artists will perform on at a later date. Additionally, there will be surprise performances and collaborations for the tenth year in a row.

According to iHeartRadio’s official announcement, those who watch the festival will also learn how COVID-19 affected the artists’ lives and their inability to perform for fans due to the pandemic.

The event will have a virtual audience that consists of several iHeartRadio listeners; some will even have the chance to introduce their favorite artists before they perform. In addition, there will also be a chance for fans to have virtual meet and greet opportunities.

Is This the Future of Concerts?

As everyone knows, all concerts and tours were either cancelled or postponed due to the COVID-19 pandemic, but they have all gone about it in different ways. For example, Harry Styles and Monsta X already announced new dates for their tours, while Niall Horan and NCT 127 cancelled theirs entirely and issued refunds to ticket holders; BTS also postponed their world tour, but have yet to reveal new dates.

While being inside of venues and in tight crowds would make it easy for the virus to spread from person to person, live music in 2020 has pretty much ceased to exist, but only to an extent.

Since March, several artists around the globe have or announced (or already had) concert livestreams for their fans to make up for not seeing them in person this year. For myself personally, I took part in watching several livestreams from my favorite K-Pop groups that I would have seen in concert this year. While bittersweet, I enjoyed watching them perform, even if only on my laptop screen.

When Could Live Music Return?

In a May interview with Rolling Stone, concert promoter Peter Shapiro said that he believes rapid testing would be the safest way for concert venues to open again. On the other hand, WME’s former global head of music (and Lollapalooza co-founder) Marc Geiger said to SPIN that he doesn’t expect live music to return until late 2021 or 2022.

“It’s my instinct, that’s going to take a while because super-spreader events – sports, shows, festivals…aren’t going to do too well when the virus is this present.”

I won’t lie, it feels weird to not go to an in-person, live concert this year, but if virtual is the way we have to go for the time being, then welcome to the new normal.

The virtual iHeartRadio Music Festival takes place on September 18 and 19 at 9PM EST/6PM PST. To watch, you can tune in on CWTV.com or The CW’s mobile app.