When one considers the physical world, perhaps the most consistent staple in people’s lives is property. Despite traditionally denoting houses and other places to reside, property is omnipresent in society, with almost no stretch of land in western civilization free from ownership. Even vast swathes of wilderness are subject to regulation by central governments, which some argue prevents the attainment of true freedom. Beyond principle objections, the market where properties are bought and sold faces instability and doubts over its sustainability.

Emerging from the accelerating growth of blockchain technology and Web3 advocacy, many believe the widespread ownership of land on Earth and the restrictions imposed by financial markets are a figment of the past. The future, they contend, will be shaped by stakeholding in a different kind of universe: the metaverse.

Matt Cohen, the co-founder of Solospace, is one such believer. Informed by MIT alumnus Neralakere Somashekhar, he believes that expertise in architectural technology with a vision for the future of real estate could set some blockchain developments apart. The potential formative elements of the years ahead are as follows:

There are many facets to conceptualizations of Web3, but what promises to draw eyes is how blockchain technology could act independently of physical property markets. By building real deflationary code into ‘semi-fungible tokens’ and using smart contract technology, real-world value could be harnessed in subversive ways.

The appeal of virtual property thus becomes entrenched in escapism in both a financial and creative manner. As traditional currency fluctuates with the global climate, some believe there lies the potential for a rapid increase in blockchain users. With a rise in interest in decentralized finance could come widespread societal change.

For blockchain advocates, deflationary technology goes hand-in-hand with preserving the natural environment, despite the metaverse being firmly virtual. “The challenge of blockchain technology has been the environmental impact of the networks,” Cohen explained. “Adding natural elements such as tree planting could give initiatives the ability to save the environment while using technology to offset the inflation of traditional currency.”

Decentralized finance with a gaming flavor

Web3 presents various ideas that could alter the nature of people’s finances. But what sets some projects apart in the world of crypto and NFTs is the bridge between blockchain and gaming. In a sense mirroring the societal change advocates want to see in the world, new token offerings are providing people with the ability to create a life in virtual communities.

In offerings that allow users to earn money and shop, what is being built is a manifested understanding of the metaverse that provides for financial opportunity, decentralized investment, and the promise of a new life for users. They could also take advantage of virtual reality technology to give a visualized experience of a Web3 future.

“There’s the potential to host the likes of live events in the metaverse and offer brands placement in augmented reality shopping spaces,” Cohen said. “If society adopts blockchain technology in the second half of this decade, the general public could uncover an alternative world.”

Metaverse proposals may seem detached from reality to those planted in the tangible universe. But while some get to grips with the decentralized finance basics, blockchain projects could play a role in designing potential next steps for society. 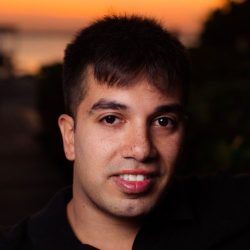