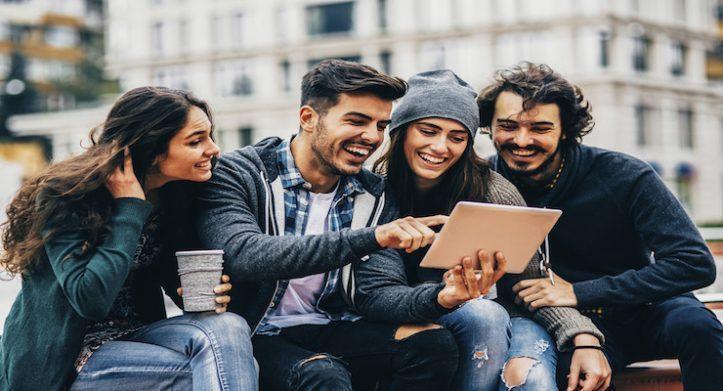 How To Win with a Gen Z Audience

Cable television was born in 1928. Sadly, we are all witnessing its death. Not so long ago, a TV guide could be found on every living room coffee table to help consumers plan their evening TV show lineup. Today, Generation Z consumes video content in a completely different way. These young viewers have placed a premium on flexibility. Rigid time frames outlining ad-laden TV shows are wholly unappealing to such an audience.

From the type of content they watch and the format they watch it in to the device they watch it on, Gen Z is asking for content to be catered to them. The successful streaming platforms will be the ones that listen.

Lemony Snicket famously wrote, “Just because something is traditional is no reason to do it.” Sorry, cable TV, but I’m talking about you.

The fact is, traditional cable TV does not appeal to Gen Z, and that is unlikely to change. In 2011, the average 18–24-year-old consumed 25 hours of cable TV on a weekly basis. That number has dropped to 14 hours weekly. This is presumably due, in large part, to the fact that they are being inundated with content they simply don’t want to watch on cable TV. In fact, the average American spends over one year looking for something to watch. Growing up with technology, this generation is especially keen on instant gratification. Among smartphones, iPads, and tablets, Gen Z has grown accustomed to on-demand content they can stream from anywhere.

While older generations, even Millennials, were regular cable TV consumers, live TV is a dying medium. Shows and producers have done all they can to troubleshoot their problematic ratings by scripting younger actors, playing mainstream music, and incorporating today’s lingo. But they’re missing the problem with each younger audience. Gen Z was born into a world where on-demand streaming was the norm, and they are not going back to a world (or platform) riddled with commercials and televised small-claims court.

A digital genre brand executive explained, “[Gen Z] grew up on the internet, and when they turn 24, they aren’t aging out of it. They aren’t suddenly becoming traditional media users.”

Cable TV may not be dead, but it is most certainly on life support.

The Good: Reaching A Younger Audience

The migration from traditional media to on-demand streaming has forced media outlets to become more agile than ever. The outlets and content providers that adapted to their viewers’ needs have not only survived but flourished.

While cable TV is holding on for dear life to its remaining subscribers, successful platforms have provided what their customers want — content on the go. Gone are the days where family members rush home to secure a spot on the couch just in time to tune into their favorite programs. Instead, Gen Z has ignited the movement of content providers toward specialized content streaming.

Specifically, platforms have carved out success by placing more tailored content onto apps and services that are geared toward the younger viewers and accessible by phone or tablet. Studies have revealed that a Gen Z audience consumes the majority of its content on three platforms: YouTube, Instagram, and Twitter.

Gen Z consumes three hours of entertainment and video content on their phones, nearly doubling the number of hours spent watching cable TV. With this in mind, it should come as no surprise that producers are opting to create streamable, accessible, mobile content over traditional platforms.

The youngest generation of consumers is not only ad-averse, but also prefers to consume content when and where they want. With 71% of Gen Z claiming to prefer streaming services over traditional TV, the formula for successful content platforms is simple — provide consumers the content they want to see on the devices they use outside of the house.

It’s equally important for platforms to cut through the noise and remove commercials and ads if they want to secure Gen Z support moving forward. While we all have specific tastes in what shows we watch, older generations of consumers were perfectly content sitting through commercials and ads. Gen Z is not of this mindset. Creating and supplying content tailored to the viewing demographic without unnecessary ads is the most efficient way to gain success among the next generation of viewers.

It seems as though what is cutting-edge today is outdated tomorrow. For content providers to avoid suffering such a fate, it is critical that they cultivate Gen Z support by offering better, targeted content on devices beyond the television.

The article Finding New Audiences: How To Win with the Next Generation of Consumers by M Fayaz Taher first appeared on Street Fight.