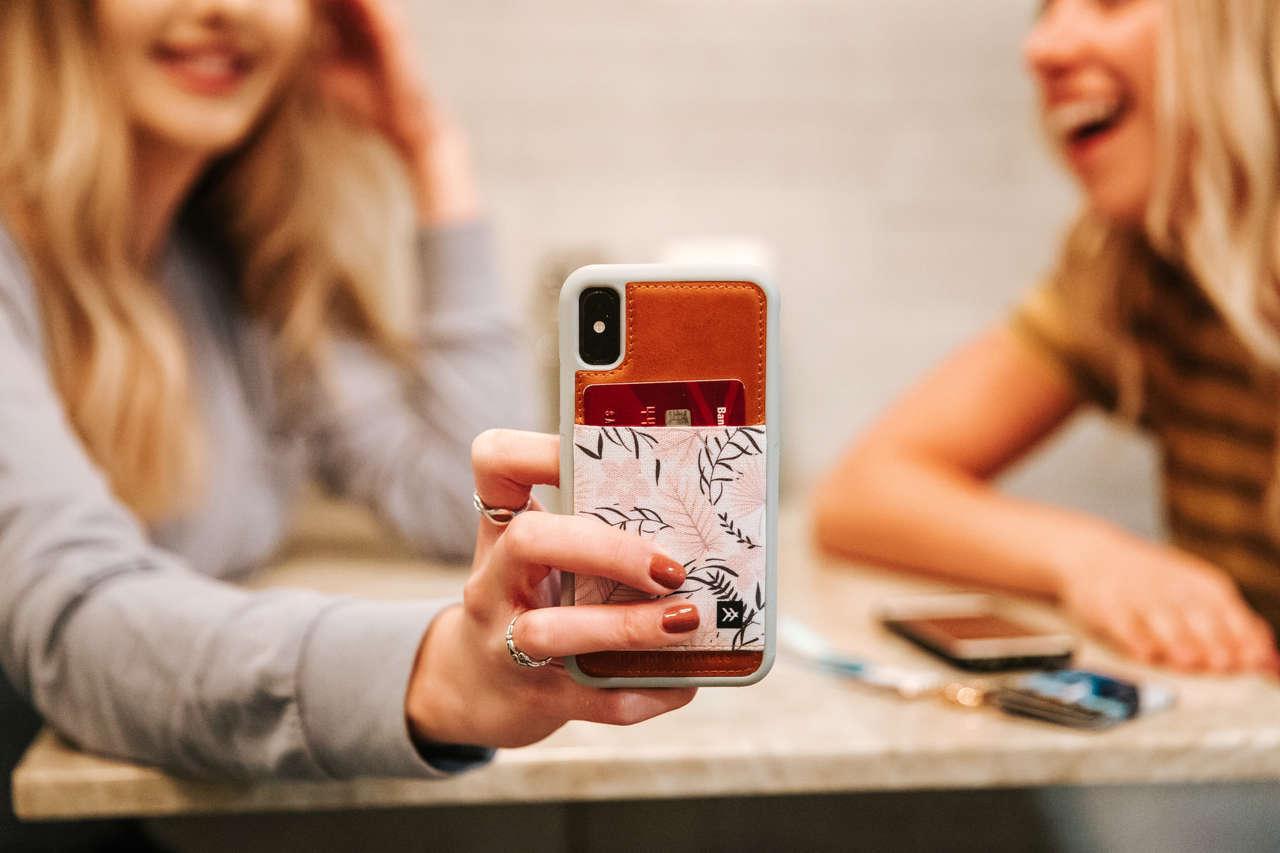 How Thread Wallets Identified a Booming E-Commerce Product (and You Can, Too)

E-commerce is a continually growing arena, with annual global market sales expected to exceed $4.8 trillion by 2021. The internet has provided consumers from around the world with easier access to the items they want then ever before, so it’s no surprise that more entrepreneurs are jumping in to launch their own products.

Of course, to have lasting success, it helps to identify an e-commerce product that will enjoy lasting demand. This can often be easier said than done, but it’s far from impossible.

I recently had the opportunity to sit down with Colby and McKenzie Bauer, the husband and wife who also happen to be co-founders of Thread Wallets, a successful e-commerce brand focused on selling stylish wallets that achieved over $4 million in sales in 2018 — here’s a closer look at how they identified and capitalized on a booming niche, and how others can, too.

For the Bauers, an interest in entrepreneurship started while they were still dating. “We spent so much of our dating life talking about business ideas and how we were going to start our own thing,” McKenzie recalls. “We knew we would start our own business at some point.”

This interest in entrepreneurship led the couple to investigate different ideas for e-commerce products. Originally, the plan was to create custom socks for soccer clubs.

“I was interested in that product based on my own experiences playing soccer,” Colby says.

“But as I did market research for a class project, I discovered that most wallets on the market were pretty boring, and a lot bulkier than what is actually convenient. They didn’t have much in the way of personality. With such an obvious gap, we decided to change that.”

Finding an unsolved or underserved niche within a larger market is often the key to a successful e-commerce launch. This is where the best marketing opportunities come from.

Identifying what seems to be a strong idea for an e-commerce product doesn’t mean you should immediately quit your job to launch a brand. For the Bauers, testing the market proved vital to gaining the confidence that their idea actually had an audience. McKenzie had already made a custom wallet for Colby that had proven popular with friends and acquaintances, but it was time to expand the market.

As McKenzie explains, “After we got married, we decided we would dive into Thread and give it six months. If we managed to successfully fund a Kickstarter within that time and make a decent amount of money on our online store after our launch, we’d stick with it. If not, we would pivot.”

The couple actually sewed the initial wallets themselves and sold them at local farmers markets to get feedback and further test the idea. Their first Kickstarter project reached its goal with about 150 backers — enough to produce an initial run of wallets and keep going. The next Kickstarter earned $35,000 from over 1,300 backers, well exceeding the goal of $5,000.

“Those early crowdfunding campaigns were vital for us to know that there really was outside interest in our idea,” Colby says. “They proved that there was actual demand in our niche, helped us identify our core audience and gave us the funds we needed to launch the brand.”

As this example reveals, market testing will allow for a smoother launch by identifying and even creating demand for your product.

Though Thread Wallet’s success on Kickstarter helped it garner attention in the local press, the Bauers understood that creating long-term momentum for their product would depend on their ability to continue marketing efforts to reach new audiences.

“Our revenue had grown to six figures by 2015, but we knew we wanted to grow even more if we were going to keep this going,” says Colby. “So, we turned to social media marketing — and Facebook ads turned into a real winner for our brand.” 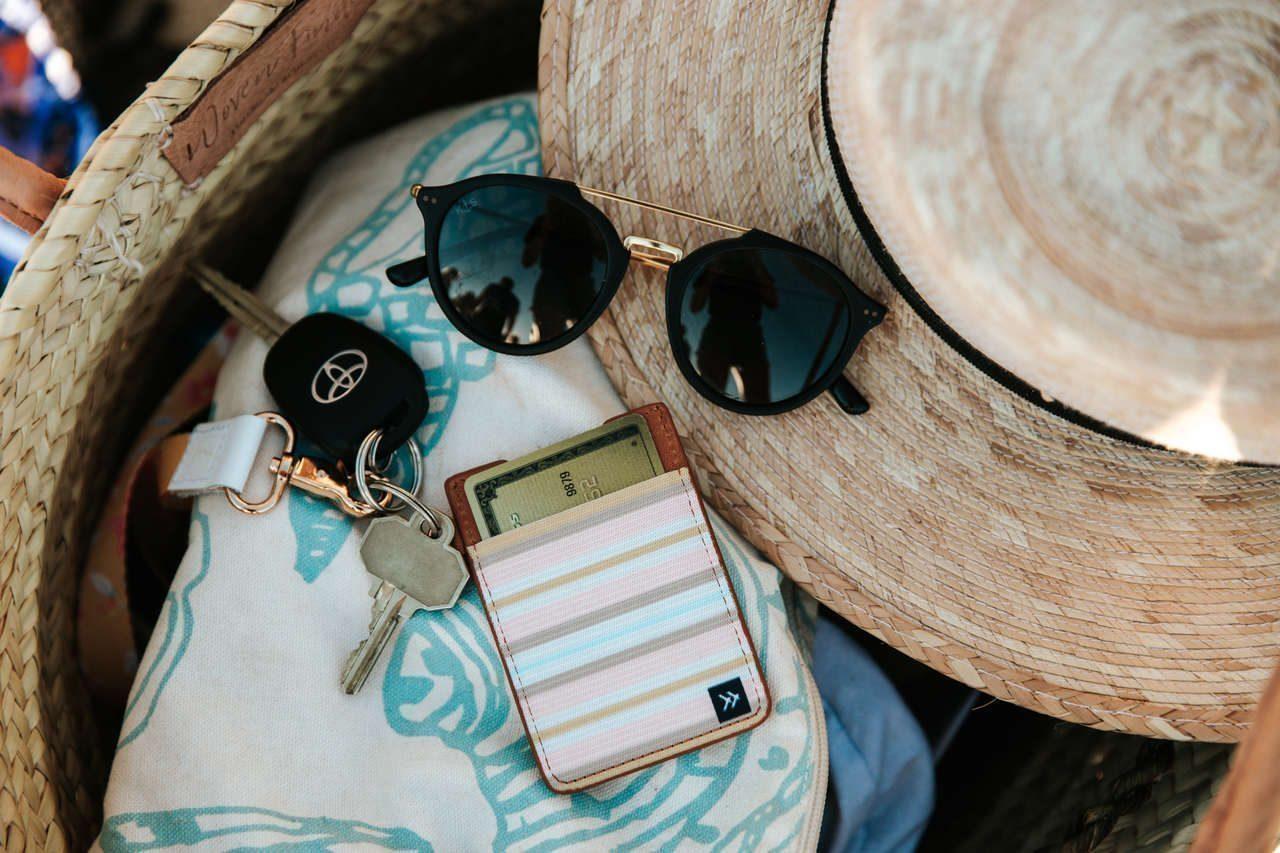 Indeed, Thread Wallet’s Facebook marketing efforts have proven so successful that the company has even been featured as one of Facebook Business’s “success stories.”

“What made our Facebook campaign so successful was that we started by using our own email lists and former customers, and then created lookalike audiences that matched our best customers,” McKenzie explains.

“This helped us gain repeat buyers and new customers who fit our target demographic.”

“A successful launch isn’t going to give you momentum forever,” Colby adds.

“You have to make marketing a continual investment. Keep researching your target audience so you present your products in a way that will appeal to them, and you’ll continue to grow. That’s how we grew from six to seven figures in annual revenue.”

Find a Product of Your Own

As the Bauers’ example illustrates, launching a successful e-commerce brand doesn’t happen by accident. After all, the majority of e-commerce brands fail. Whether you’re trying to promote cleaner, healthier air or launch an apparel brand, you have to do the initial research and then be willing to make the investments necessary to build a quality site and market your products.

With the right foundation in place, you won’t just identify promising e-commerce products — you’ll also be equipped to turn them into a golden marketing opportunity.

Published in E-commerce and Entrepreneurship