How Rhode, Hailey Bieber’s Brand, Should Have Handled Her PR Crisis

Hailey Bieber is being sued for trademark infringement after launching her new skin care brand, Rhode, under the same name as an unrelated, nine-year-old fashion brand.

The lawsuit prompted a string of unflattering press hits, which overwhelmingly highlighted the existing fashion brand’s side of the story, at Bieber’s expense. Bieber’s case highlights two principles of crisis management that we champion.

Be prepared and proactive

If you don’t tell your story, others will tell it for you ― including the good, the bad, and the ugly. We advise companies and individuals to get in front of the news cycle with a clear, compelling, and honest narrative.

Bieber could have made a strong case for calling her skin care line Rhode. It’s her middle name, after all. She had previously sought to secure the name Bieber Beauty but was rejected due to potential confusion with trademarks registered by her husband, Justin Bieber.

She was undoubtedly aware of the potential for conflict over the Rhode name, too: Bieber attempted to purchase the naming rights from the fashion brand years earlier and was turned down. By proactively telling her story ahead of the brand’s launch, Bieber could have preempted some of the public backlash in the crucial early days of her new company.

The communications landscape is shifting

We believe that traditional PR is dead. The media environment is rapidly changing; anyone with access to a smartphone can be a publisher, reaching millions of viewers across the globe with just a few clicks. Online forums like Twitter have diluted the ability of powerful companies and individuals to leverage their influence among major media platforms to quash threats to their business or reputation.

Upstarts understand that there is currency in conflict, and they can leverage the public spotlight surrounding celebrities like Bieber to boost their own brands. Consultants and lawyers are more likely to join their cause, seeking the star power that now comes with taking on and defeating an established brand.

In this new environment, half-hearted PR efforts don’t cut it. Bieber appeared unprepared for the burst of attention that played out across social media platforms following the June lawsuit. The founders of the fashion startup were able to frame the dispute as a powerful celebrity swooping in and trampling on their hard-earned brand.

Bieber’s side of the story was notably absent from prominent coverage of the lawsuit, with several articles noting that her team did not respond to a request for comment.

These major missteps could have been avoided with a better understanding of the new communications landscape, in which big players can no longer appear to steamroll their smaller competitors without consequence. 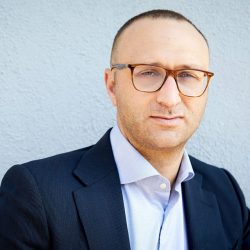 Nathan Miller is a Contributor to Grit Daily. He is the Founder and CEO of Miller Ink, a strategic communications and crisis management firm based in Los Angeles.