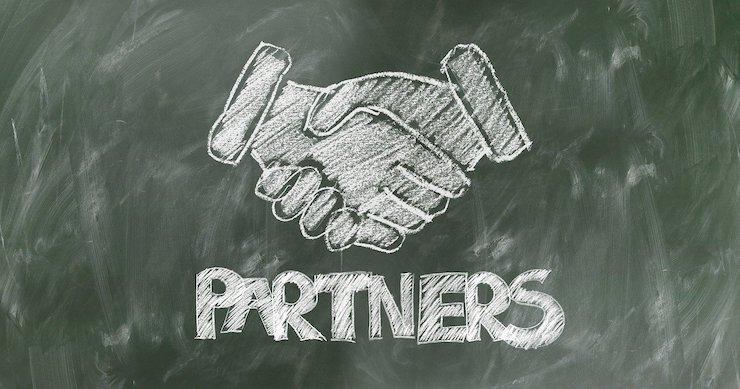 How Advertisers Can Turn the Facebook Boycott into a Transformative Moment

With more than 90 major advertisers and counting announcing Facebook boycott plans to dump Facebook’s advertising platform, a critical question is being asked by marketers in the shadows of the ‘Stop Hate for Profit’ campaign: Where will departing brands go for digital marketing?

The case for the breakup is clear: Businesses want to separate their brands from third-party business practices that do not align with their values of inclusivity, transparency, and integrity. Specifically, they are dismayed at Facebook’s hesitation to enforce its community standards, letting misinformation and hate speech run rampant on the user-driven platform.

However, with the Google, Facebook, and Amazon triopoly representing just under 70% of global digital ad revenue, a clean break from the conglomerates is much easier said than done. Advertisers, like anyone going through a breakup, must instead look within to understand where things went wrong. After all, they don’t want to make the same mistakes again. With enough introspection, advertisers will see that this is more than just a war on hate speech.

Brewing underneath the surface of this movement is an imminent data war that will push businesses toward data autonomy and pressure them to diversify their data sources. As brands compete to understand the needs and preferences of today’s mobile consumers, consumers are simultaneously responding with more guarded protection of their online data. Furthermore, new legislative measures, such as the EU’s landmark GDPR and CCPA in the US, are ushering in more regulation globally.

To win this war, brands must infuse their digital marketing strategy with a blend of first-party data and qualified third-party data that looks at more than just online consumer behaviors. New, authenticated data sets, such as offline behavioral intelligence, will help brands achieve data autonomy and take back their ‘ad spend’ power.

Whether Facebook changes its tune in regulating user behaviors to appease advertisers has yet to be seen. But in the meantime, as advertisers begin the exodus, it’s worth noting that Facebook’s reliance on online data may already be a relic of the past.

One of Facebook’s key differentiators has been its ability to help level the playing field for smaller brands and budgets by cost-effectively captivating the right audiences. But this primarily draws insights from audiences’ online behaviors. The next wave of data-based marketing must employ tools that blend first-party data and qualified third-party data to offer a holistic view of customer behaviors, both online and offline.

Offline data sets, including location intelligence, interactions, purchase history, contact information, and demographics are key players in this next wave because they allow brands to develop a more holistic, human view of consumer data and create meaningful marketing moments. For example, location intelligence, an extremely powerful tool that is currently helping brands pivot during Covid-19 and is even safeguarding public health, can drive meaningful, personalized marketing campaigns with massive ROI opportunities. Brands are increasingly using offline data sets to confidently tap into new markets and more effectively win over audiences through deeper consumer connections and messaging strategies derived from real-time data rather than supposition.

Some integrated data providers are managing extremely rich datasets, which are becoming increasingly valuable by the day as consistent tracking yields higher quality data. A powerful, enriched data stack enables brands to identify visits to a specific location after an ad is interacted with on any device—requiring no guesswork for their marketing team. Brands know exactly which messages resonate with which segments of their audience at which time. This precision ultimately helps them craft the right message for the target consumer – and deliver it at the exact right moment.

Brands don’t want to be under the thumb of Facebook anymore, but where do they go next? How do they gain data autonomy and take an omnichannel approach to digital marketing? The truth is, no one brand can do it alone and they cannot do it within the current system. If this movement is to succeed, revolutionary changes to the digital marketplace are needed.

A reinvented system must tie transparent media partners and publishers to a shared central platform that zeroes in on lookalike (LAL) audiences in an omnichannel approach. An LAL puts advertisers in front of new audiences by finding users that, while they may have never heard of the brand, are very similar to the buyer personas of the brand’s current customer base. For each advertiser, the LAL would be constantly tested and refined to keep pace with the rapidly changing marketplace.

While Facebook currently operates on an LAL model, its ecosystem is fueled almost exclusively by online data. This data comes only from their network of users and their partners. The next step is expanding on this model and infusing offline and reliable third-party data with a company’s first-party data, which can put them in front of an LAL across a range of media partners and platforms. This will help build a core conversion audience, while constantly scaling new LALs for each brand.

Such a system would take cooperation and many players would need to be involved in a co-op style undertaking. For example, to kick it off, it would be helpful if about 20 of the large brands boycotting Facebook put their money where their mouth is and invested in the establishment of a data and publisher sharing network.

The next step would be identifying the media publisher outlets as partners. The co-op would need to negotiate a performance-based publisher relationship, which would effectively increase content monetization for publishers’ content channels.

This would be a transformational movement, empowering brands and increasing customer engagement across an entire network of media platforms – not just one social media network. Each advertiser’s first-party data, which is already being provided to Facebook, would be analyzed to identify data overlaps in the co-op network. These overlaps would essentially lay the foundation for building a core conversation audience, while helping each advertiser scale new LALs.

Again, under this model, these LALs would be constantly tested across an entire network of media, covering far more ground and reaching a larger pool of consumers in more omnichannel ways than Facebook.

Brands advertising on this co-op model would have access to more insights on consumers than Facebook could ever offer, leading to higher return on investment for the $336 billion spend on digital advertising annually. Most importantly, it would help brands future-proof their digital marketing efforts and grant them freedom in choosing where their advertising dollars are being spent.

This is how the war is won.

The article How Advertisers Can Turn the Facebook Boycott into a Transformative Moment by Sean Clayton first appeared on Street Fight.