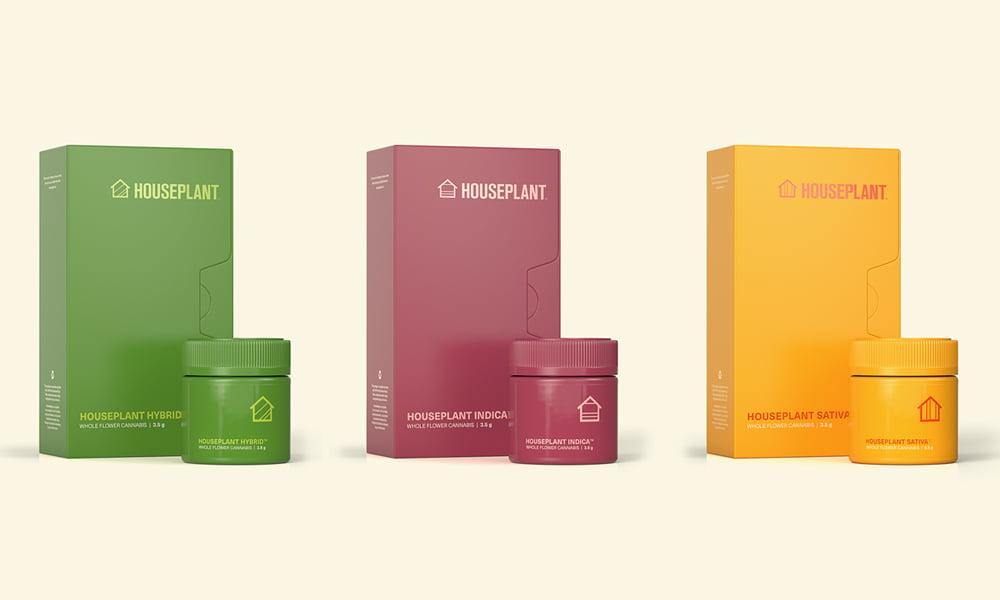 Seth Rogen, one of the most famous stoners since Cheech & Chong, announced this week that he’s bringing his cannabis company Houseplant to California, where recreational cannabis is legal. In a social media post, Rogen revealed that the company will sell flower, soft gels, pre-rolls and cannabis infused beverages. Plus, the packaging is really cute.

“If you know anything about me at all, I’m going to assume it’s that I really love weed,” said Rogen in a video posted to Twitter this week. “But what you probably don’t know about me is that I’ve been working on my own weed company for the last ten years, and we are finally ready to launch in America,” he continued. Rogen also added that the company offers strains of weed that have been hand-picked (“and by that I mean hand-smoked,” he clarified in the video) by him.

Rogen added that the company is making housewares “for people that smoke weed” like a table lighter and ash tray that will look good on your coffee table. Rogen added that the company is his life’s work, and said that he’s “never been more excited about anything” in the social media announcement. To add to the collection, Houseplant will also offer vinyl playlists of music to listen to while enjoying each strain of Rogen’s hand-curated weed. The whole experience is very Instagram friendly, from the neon color palette to the boxy design of the packaging.

Houseplant was founded by Seth Rogen and Evan Goldberg in 2019, and since then has grown to offer cannabis products across several retailers throughout Canada. The Canadian company says it was made “for people who love weed by people who love weed,” according to its website, which also lists advocacy for equity in the cannabis industry as one of its main web pages.

“Our mission is rooted in educating people about cannabis, a plant we love and which we think can benefit almost everyone in some way,” reads a statement on the Houseplant website. “But it’s of equal importance to us that we reckon with the legacy of cannabis criminalization and do everything we can to create a more equitable future for the industry,” the statement says.

The Houseplant website then lists some of the organizations it’s partnering with to increase awareness and equity within the cannabis industry. Organizations like Black Lives Matter, NORML, The Marijuana Policy Project, and Cage-Free Cannabis are just a few of the several organizations listed front and center on the Houseplant website. “We know the privilege we have as a company founded by two affluent white men who openly enjoy cannabis without fear of major legal or social ramifications. We want to leverage this position to inform people about the devastating history of the War on Drugs and rally support to end senseless, racist cannabis laws that, despite progress, still exist today,” the statement reads.

Published in Business, Cannabis and News