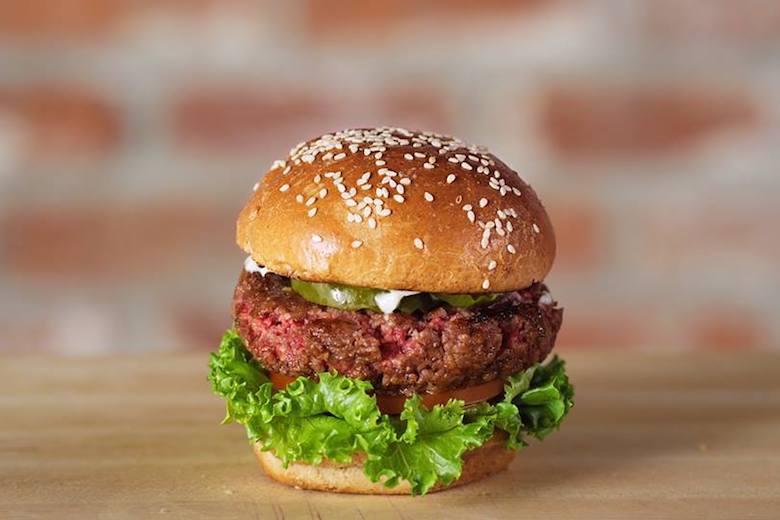 History offers a glimpse of our future meatless apocalypse

For instance, in the 18th century, potatoes were a foreign crop to many, a tuber people would not eat. In France, the population’s thoughts surrounding potatoes started to shift when a man named Antonie-Augustin Parmentier conducted nutritional chemistry experiments to help show the potato has nutritional value.

He also helped the public shift their perception that potatoes were a food that was only suitable for peasants. His research and social redefinition changed conventional views towards potatoes.

Decades after the acceptance of the potato, a new food revolution is starting — meatless. Eating insects and lab-grown burgers may sound unappetizing, but it’ll soon be real cow meat that grosses people out.

Animal meat has been falling out of favor for some time now. With notable movements like “Meatless Monday” and more coverage on the harms of meat both to humans and to the environment, Americans are eating less meat.

All that said, we have to address the elephant in the room …

What is lab-grown meat?

It’s possible to use cultured cells to grow beef, pork and other meats in a laboratory. Since only cultured cells are used in the process, scientists can make meat without making an entire animal. As a fun fact, a leading company in this space, Mosa Meat, reports that a single tissue sample from a cow can create 80,000 quarter-pound beef patties.

In short, you can have a burger without a cow. This sounds freaky, but when you think about it, a lot of popular products come from laboratory-type environments — such as beer.

Although it’s an odd concept to wrap your mind around, people are coming to accept the idea. After all, the ability to eat clean meat without having to kill an animal appeals to many. On top of this, lab-grown meat has the potential to help reduce the detrimental impact meat production has on the environment.

In addition to lab-grown meat, people are opening up to the idea of insect protein. (Yes, you read that correctly.) Eating bugs in Western culture isn’t common, but insects are a food staple for many other civilizations around the world. More than 25 percent of the world includes bugs in their standard diet.

Bugs are inexpensive, eco-friendly, high in protein and … delicious. Take Chirps Chips, for example: the cricket-based product, which is available in about 1,200 United States stores, is revered for their flavors. Selling BBQ, cheddar, and Sriracha flavors, Chirps Chips doubled its revenue in one year. Even though Americans are skeptical, we’re starting to open up to the idea that there are other live sources of protein that taste good.

The rise of in-house and urban farming

Several grocery stores, restaurants and warehouses around the world have farms within them. In-store farms reduce carbon emissions associated with farming and transporting food; they also allow crops to grow in a controlled environment that is designed with freshness and quality in mind.

Infarm is one company that’s trying to take indoor farming mainstream. The business has been able to secure $100 million in funding and hopes to take their platform to the United States. Currently, Infarm makes vertical in-house farms for several types of spaces. Each farm comes equipped with sensors that collect data to help support the growth and success of the crops.

Outside of stores, urban farming is exploding in popularity. Urban farming, also called urban agriculture, occurs when people grow and cultivate crops within or near cities. Although this concept sounds pretty simple, it addresses critical food concerns.

Food deserts — areas where residents have little or no access to affordable, healthy food options — are plentiful across the United States, especially in cities. In a food desert, a person’s only option for groceries might be a single fast food establishment or a corner store.

As urban agriculture becomes more prevalent, communities can gain access to fresh fruits and vegetables. In a well-designed system, fresh food will be more affordable and attractive than a dollar-menu burger at a fast food establishment.

The majority of Americans (yes, including me) still consume meat. Only five percent of people in the United States identify as vegetarian. We have known for some time now the high moral and environmental price of eating meat.

It simply doesn’t feel good to eat meat from an animal that endured a torturous upbringing and untimely end. Furthermore, it’s uncomfortable to acknowledge that raising livestock is one of the main contributors to greenhouse gas emissions.

Despite all the reasons to stop eating meat, many Americans have continued. I chalk this up to one ugly truth: the information above isn’t enough to convince Americans to stop eating meat. We know there are a lot of terrible things about the raising and consumption of animals, but the meat is not expensive, it’s delicious and it’s easily accessible; in other words, it’s easier to consume than it is to give up.

I believe Americans will only switch from conventional meat when the alternatives are as affordable, tasty and available. Luckily, we are heading in this direction as more technologies are developed and investments in the space continue to grow.

So, the title of this article might have been a touch dramatic. Although I really do think we’re heading towards a world that will consume less and less meat, it’s a bit of an overstatement to call our future a “meatless apocalypse.”

Still, a change is happening …

Just as Antoine-Augustin Parmentier voiced the importance and usefulness of making the potato a food source decades ago, contemporary companies are leading the charge and providing the world with a way to eat less meat. The changes won’t happen overnight, but if you look at the trends, we are on our way to a meatless future.