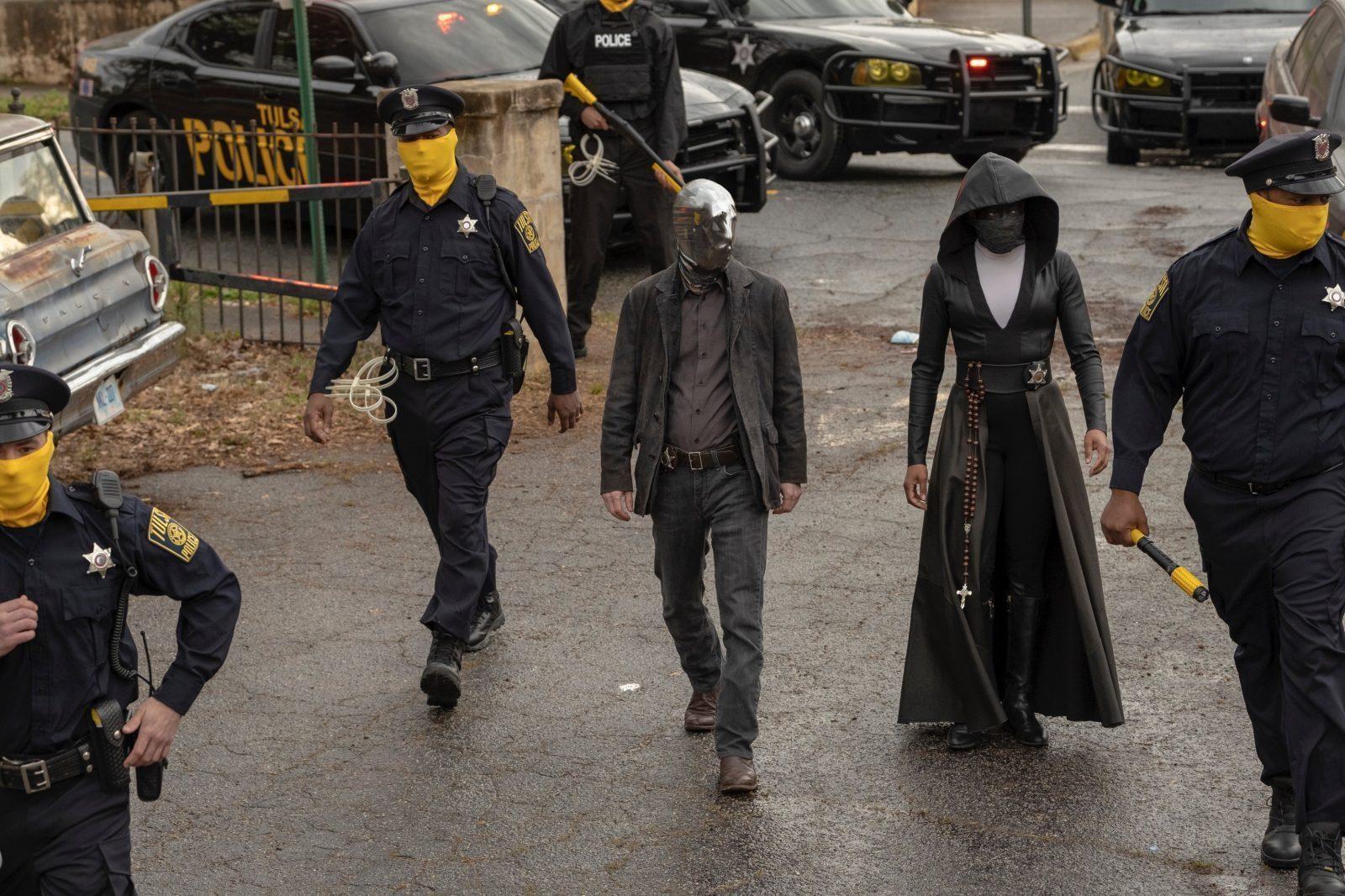 Based on the ratings for season one of Watchmen, there’s no doomsday clock for the new series. Damon Lindelof’s (Lost) ambitious adaptation of Alan Moore and Dave Gibbon’s classic graphic novel has struck a chord with both viewers and critics. As of today, the show is averaging 7.1 million viewers across channels and streaming options.

The series, which is set long after the events in the graphic novel, is HBO‘s most popular new series of the year. The show premiered to 9.6 million viewers, and its average of 7.1 million viewers indicates interest and positive word-of-mouth.

Anyone paying attention to Twitter on a Sunday night sees the buzz the series is creating, which is one of the most surprising and imaginative pieces of storytelling 2019 has to offer. There are only two episodes left in season one, but considering its rating, we could see more Watchmen in the future.

Could There Be a Season Two?

Showrunner and executive producer, Damon Lindelof, only imagined the story as one season. The Leftovers creator wanted to tell a story with a beginning, a middle and ending. That’s it. No big plot point hanging in the balance and in need of a second season, unless Lindelof surprises audiences in the season finale.

It’s such an unpredictable show, so even trying to guess how season one will end is a waste of time. In Lindelof’s eyes, there is an ending. However, he’s open to another season if people enjoy the show:

“We want to see how it’s received by you guys. If the show comes out there and the conversation surrounding the show suggests you’re hungry for more, we’ll certainly take that into consideration. We want to deliver nine episodes that deliver a complete and total amazing story.”

Lindelof was nervous how the show would be received since it is a major departure from the source material, but fans already saw a faithful-to-the-extreme adaptation back in 2009 with Zack Snyder’s film. So far, no complaints but only praise for how Lindelof and the series tells its own story while still digging deep into the themes and ideas from the source material. It’s a wonderful balancing act.

What’s Next on Watchmen? (Spoiler Warning)

The most recent episode of the season, “An Almost Religious Aw,” dropped a bombshell of a plot point on the audience, making the mystery and build up to its reveal all the sweeter and more rewarding.

Consider this another spoiler alert: Dr. Manhattan isn’t on mars. The blue god is living in Oklahoma. The cherry on the top is, Doc Manhattan is Angela Abar’s (Regina King) husband (played by Yahya Abdul-Mateen II).

Nobody could’ve seen it coming, and if they say they did, they’re lying. It answered a major question while raising new questions with only two episodes left.

Lindelof discussed the major turn in events in an interview with The Hollywood Reporter:

“I started this whole journey from the perspective of a fan — what would I have to see in a television show daring to call itself Watchmen? Dr. Manhattan was near the top of that list. But even higher was that we needed to tell a new story with a new character at the center of it. Once we landed on Angela Abar as that center, the new rule became that any legacy characters we were using (Veidt, Laurie and Hooded Justice) could only be used in service of Angela’s story…she was the sun, everyone else needed to be orbiting around her. So how could Dr. Manhattan, a man with the power of God, be in service of Angela’s story as opposed to the other way around? Based on his past (and all the tropes of Greco/Roman mythology), the answer was intuitive…love. We knew this relationship could only work if Manhattan took the form of a human, and so, the idea of Cal was born. And yeah, it came early. Almost from the jump.”

It’s one of the most exciting and well-earned twists in recent TV history. Watchmen has taken nothing but big swings and hit home runs in its first season. No wonder people are tuning into this beautifully bonkers piece of television.

All images courtesy of Mark Hill/HBO