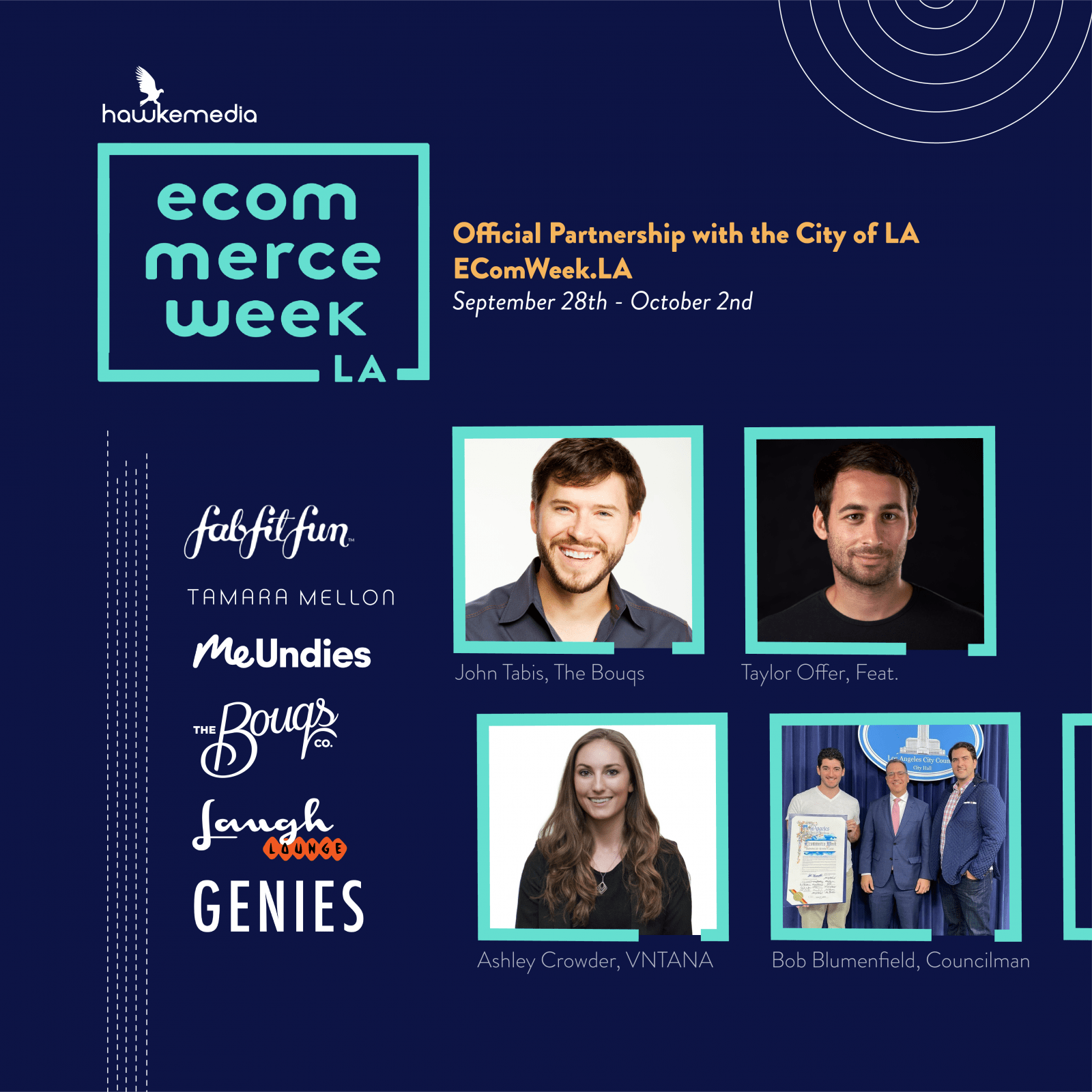 Doubtless the most revolutionary aspect of eCommerce is that you can set up business anywhere, but just like brick-and-mortar businesses you have to set up business somewhere. For many eCommerce businesses, from startups to well known brands, the preferred somewhere is Los Angeles.

Crunchbase counts 928 ecommerce enterprises in Los Angeles. To celebrate the importance of ecommerce in LA, and to help further that growth, Hawke Media has partnered with the City of Los Angeles to sponsor the inaugural eCommerce Week LA, from Monday Sept. 28 to Friday Oct. 2.

“We have worked since the beginning of Hawke Media to bring together the thriving eCommerce community in Los Angeles, and we are incredibly excited to be partnered with the Mayor and City Council to truly launch our capstone in eCommerce Week LA,” said Hawke Media Founder and CEO Erik Huberman.

The entirely virtual event is focused on the central role of Los Angeles in the global eCommerce industry that is expected to total nearly $5 trillion this year and top $6.5 trillion by 2023. Hawke Media, which specializes in marketing for eCommerce brands, has partnered with FabFitFun, Genies, Laugh Lounge, MeUndies, Srve, Tamara Mellon, The Bouqs, and many other LA eCommerce brands to offer a jam-packed lineup of speakers, brand activations, and unique experiences.

Events are scheduled to run all day every day of the week. Events will include apparel design competitions, floral design workshops, the opportunity to pitch to investors, a FabFitFun competition in which the winner’s product will be featured in their subscription boxes, masterclasses with well-known CEOs and entrepreneurs, and storytelling workshops.

While the online event is focused on eCommerce in LA, the programming is relevant to eCommerce businesses worldwide.

Los Angeles City Councilmember Bob Blumenfield, who has taken an active role in bringing eCommerce Week to fruition, noted that eCommerce has become an ever-larger player in the LA economy.

“We’ve noticed that a lot of our local businesses that used to be pure brick-and-mortar are surviving and thriving today because of e-commerce,” said Bob Blumenfield in the City Council announcement. “In Los Angeles, 99 percent of your business lies outside of the city, because you have the whole world at your fingertips.”