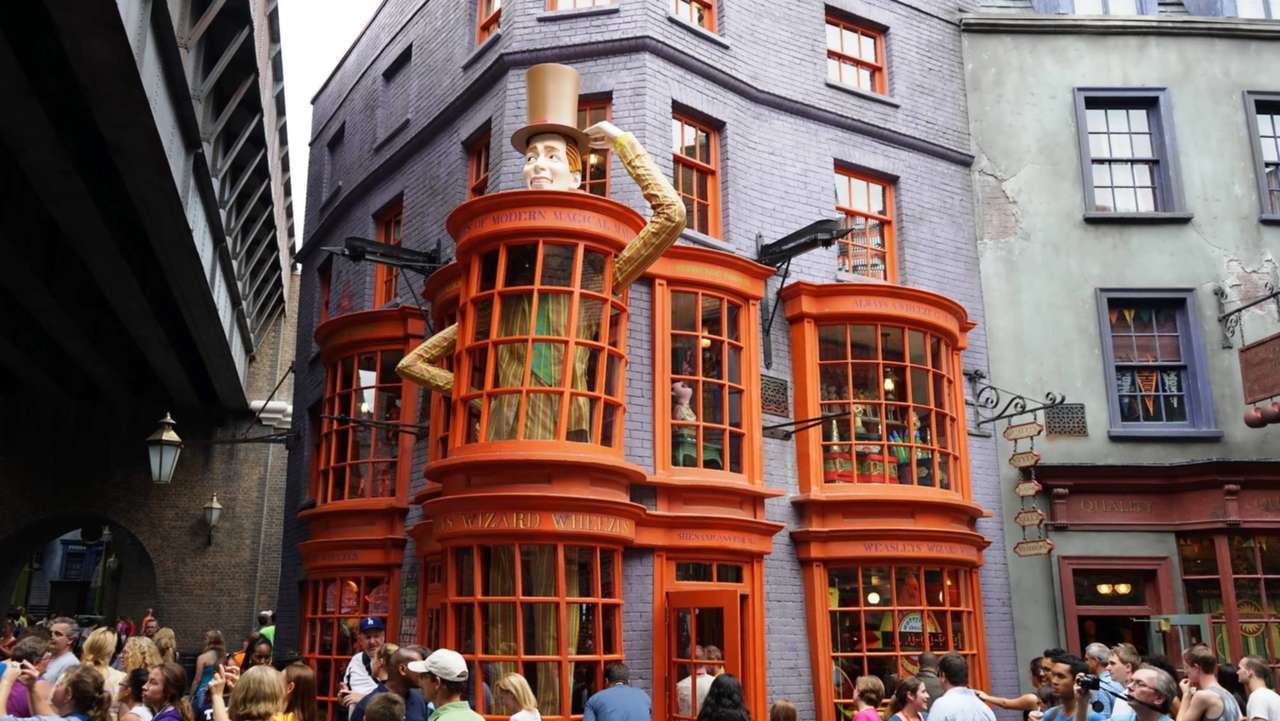 When The Wizarding World of Harry Potter opened its doors in 2010 at Universal Orlando it drew in crowds by the thousands to see what sort of theme park J.K. Rowling had conjured up to represent her magical world. The theme park has not gotten any updates since it was opened nearly ten years ago. However, Universal Orlando announced this week that it would be making some additions to the park in the coming years. A new ride will be introduced to the park in June of this year.

The new ride will focus on Hagrid, the friendly half giant from the Harry Potter series that played a major role in Harry’s life from the time he was a baby up until the end of the books. On the ride, park guests will be able to sit on Hagrid’s enchanted flying motorbike as they’re taken on a journey through the wizarding world. A rep from Universal Orlando explained to CNN “For the first time ever, guests will fly with Hagrid on a thrilling roller coaster ride that plunges into the path of some of the wizarding world’s rarest magical creatures.”

Fans of the Harry Potter books and movies will be we well aware of Hagrid and his enchanted flying motorbike. The bike, originally belonging to Harry’s godfather Sirius Black, plays a major role in the story from the first time we see Harry at age one, when he’s dropped off on the doorstep of his Aunt Petunia and Uncle Vernon’s home in suburban London. Throughout the books Harry is seen sitting in the sidecar of the motorbike as Hagrid navigates the skies to escape the Death Eaters and other foes. The ride will take guests on a similar journey, offering one of the more thrilling experiences in the park.

Right now the Wizarding World of Harry Potter has just a couple of rides throughout its span of two parks in Orlando. The Wizarding World takes guests through major scenes that make the films and books so special. Places like Platform 9 ¾, Diagon Alley, and Hogwarts. Guests enter The Leaky Cauldron bar through the streets of London and are taken into Diagon Alley, the famous street where Wizards can pick up magical items like wands from Ollivanders and visit the wizarding bank, Gringott’s. Once guests are finished there, they can board the Hogwarts Express, which will take them to Harry’s famous school, Hogwarts, and the nearby village of Hogsmeade. Guests will need a ticket to each park in order to access all of what the Wizarding World of Harry Potter has to offer (seems like a scam).

Hopefully the addition of a new ride will make it seem more worthwhile to pay extra to visit both parts of the experience. Hagrid’s Magical Creatures Motorbike Adventure will open its doors in mid-June of this year. The ride will be a thrilling addition to the park, which currently only has two bigger attractions between both parts of the parks.