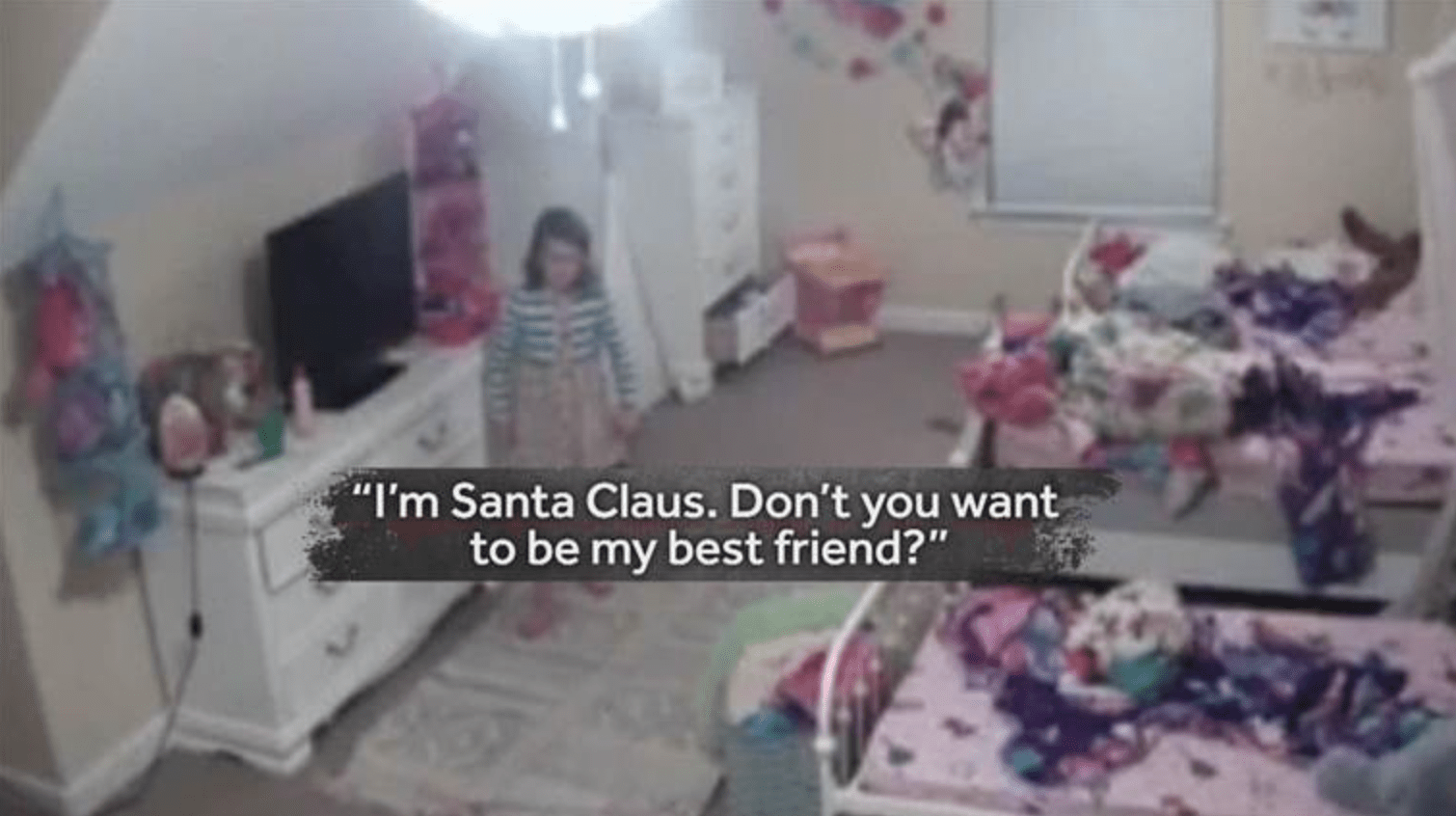 Many buy Ring with one thought in mind: added security; but that seems like the biggest lie advertised following a slew of hacked security cams.

Privacy seems like a distant reality as hackers tap into the private lives of many using our surveillance devices, giving them a bird’s eye view into people’s personal lives.

A family in Mississippi installed a Ring camera in their little girls’ room to add a level of protection and monitor them, but an extra set of eyes peeked into the room.

“First, what happened I was in the hallway, I thought it was my sister because I hear music. It’s like ‘tiptoe through the window.’ So, I come upstairs and I hear some banging noise and I am like ‘who is that’,” Ashely LeMay told The Post.

She added, “I watched the video and I mean my heart just like… I didn’t even get to the end where she is screaming ‘mommy, mommy’ before I like ran inside.”

The voice echoed into the room telling the little girl: “I’m Santa Claus, don’t you want to be my best friend?” and encouraged her to break the television.

LeMay’s husband rushed to their daughters’ room to end the nightmare. The Dec. 4 incident happened just four days after installing the surveillance camera.

The camera has since been disconnected and sits on their countertop, waiting to be returned.

“C’mon! Wake the f**k up!”: Hacker Watches Woman in Bed via Ring Camera

But the Lemay’s incident is not an isolated one after a hacker spied on a woman in Georgia via her Ring camera while in bed.

A woman, who asked to not be identified, told Channel 2 she “was terrified” and “could not move [her] body” after her boyfriend told her he was not watch her.

Terrifying it is as you hear the man hollering at her to ‘wake-up’ while clapping his hands.

The couple reported the incident to Ring and just wants “people to be aware” of the event and originally purchased the cam to watch their puppy, not for somebody to spy on them.

Ring sent a statement to CNN stating hackers did not gain access to costumers’ information through a recent data breach.

“Customer trust is important to us and we take the security of our devices seriously. We have investigated this incident and can confirm it is in no way related to a breach or compromise of Ring’s security.”

The statement continued by blaming the incident on the costumers for using ‘the same username and password’ on multiple accounts, and encourages users to consider enabling ‘two-factor authentication’ and to ‘regularly change their passwords.’

Here’s how to avoid being hacked

Tech security expert John Lucich told Inside Edition all hackers have to do is drive by a neighborhood looking for a Wi-Fi unit, guess the password and connect, its that simple.

To avoid being a victim you should immediately change the default password of your need devices, choose a strong password, update regularly and avoid significant dates like your birthday and practice good security habits.

Just like Ring encourages, enable two-factor authentication which requires entering a password followed up by a code sent either via text or email.

But Lucich says the best way to protect yourself is by using a long, complex password.