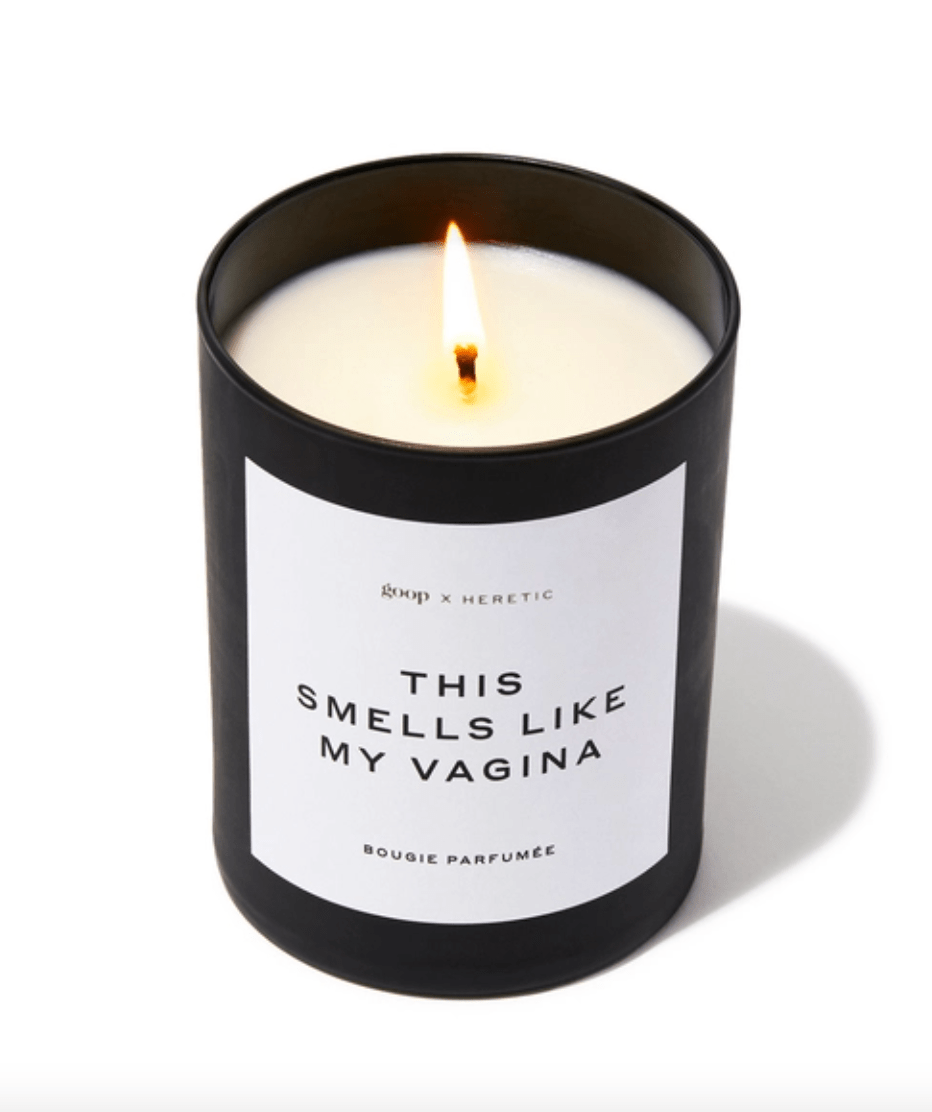 Gwyneth Paltrow’s infamous vagina candle is back in the headlines after one of the candles allegedly caught fire in a woman’s home.

Earlier this month, the candle allegedly caused an inferno in 50-year-old Jody Thompson’s living room, according to UK newspaper The Sun. Thompson is a media consultant from Kilburn, North London. She won the candle, which retails for $75 dollars, in an online quiz.

“The candle exploded and emitted huge flames, with bits flying everywhere.” Thompson said in an interview with The Sun, “I’ve never seen anything like it. The whole thing was ablaze and it was too hot to touch. There was an inferno in the room.”

She eventually tossed the candle out of her front door. “It could have burned the place down,” Thompson said. “It was scary at the time, but funny looking back that Gwyneth’s vagina candle exploded in my living room.”

On Goop’s website, the company warns of potential dangers from the vagina candle. “WARNING: BURN CANDLE WITHIN SIGHT. KEEP AWAY FROM THINGS THAT CATCH FIRE. KEEP OUT OF REACH OF CHILDREN AND PETS. TRIM WICK TO 1/8” BEFORE EVERY LIGHTING. PLACE ON A STABLE, HEAT RESISTANT SURFACE. KEEP WAX POOL FREE OF DEBRIS. DO NOT BURN FOR MORE THAN TWO HOURS AT A TIME. ALLOW GLASS TO COOL COMPLETELY BEFORE HANDLING.”

There is no warning, however, that the candle might explode.

A Goop spokeswoman told the New York Post in a statement that since Thompson’s candle wasn’t purchased directly through the outlet, they aren’t able to verify its authenticity.

“However, the factory that manufactures the Goop x Heretic candles is certified by The National Candle Association of America, which regulates that candles meet stipulated safety guidelines and ASTM and CPSC fire safety protocols,” the Goop spokeswoman said in an email, “As a precaution, we’ve alerted the manufacturer to the woman’s issue and have also reached out to her to send her some goop products to help pass the days in quarantine,”.

Paltrow’s “This Smells Like My Vagina” Candle first made waves last year when the uniquely named and wildly expensive product sold out on the Goop website.

The allegedly exploding candle is not Goop’s first controversy. The company also took some heat back in 2018 when it sold jade and rose quartz eggs that, when inserted in the vagina, were meant to balance hormones and regulate menstrual cycles, among other alleged benefits. The eggs retailed for $66 or $55 dollars. Goop eventually paid $145,000 to settle a lawsuit over the eggs, filed by the California consumer protection agency for making unscientific claims.