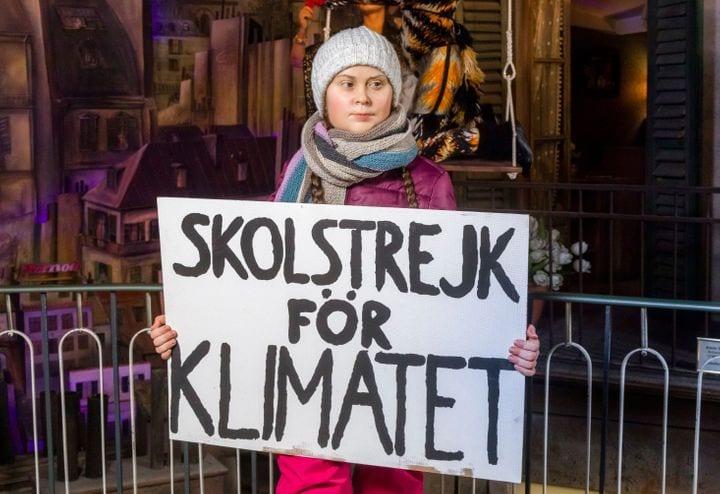 Greta Thunberg Has a Wax Figure. But Is This Really Necessary?

A wax figure of Greta Thunberg, a 17-year-old climate activist, has been unveiled at the Panoptikum wax museum in Hamburg, Germany.

In the figure, Thunberg is holding the sign that she first held protesting in front of the Swedish parliament in 2018. The sign reads, in Swedish “skolstrejk för klimatet” which translates to “school strike for the climate”.

It makes sense that wax museums would want to immortalize Greta Thunberg. She is an international icon, the face of modern climate activism, and Time Magazine’s 2019 Person of the Year.

Why Wax Figures Are Kind Of Terrible

It might be a touching tribute to a remarkable young woman if the wax figure looked anything like her. And if wax figures weren’t a super creepy way to pay tribute to someone.

Like many, many, many other wax figures out there, Thunberg’s looks like a cheap imitation of her actual face. It resembles her, certainly, but it does not capture the real Greta Thunberg.

Even when wax figures are done well, they’re creepy and at worst they’re really really bad, like all the terrible Beyoncé wax figures over the years.

Although Madame Tussauds eventually got it right with Beyoncé. Or at least as right as is possible when you are making a person out of wax.

The purpose of these figures is to immortalize celebrity images for people to ogle at and pose with. Often times, these wax figures are done so poorly that the results border on offensive.

Other times, the likeness is near perfect, leaving fans with a cold, corpse-like figure looking just like their favorite famous person that they can pose with for Instagram.

The poorly done wax figures far outnumber the near-identical likenesses. Either way, the premise is creepy and outdated. What possible purpose does it serve?

It is part of our cultural zeitgeist for every superstar to have a figure of themselves made out of wax somewhere in the world, but maybe it’s time to let that tradition die rather than have one more deformed offensively bad wax figure of a beloved famous person.