GOP Introduces Bill That Will Water Down Privacy Protections

By Kristen Sallaberry
GRIT  DAILY ®
The Premier Startup News Hub.
Grit Daily News is the premier startup news hub. It is the top news source on Millennial and Gen Z startups — from fashion, tech, influencers, entrepreneurship, and funding.
GOP Introduces Bill That Will Water Down Privacy Protections
By Kristen Sallaberry

This past Tuesday, Senate Judiciary Committee Chairman Lindsey Graham and Republican senators, Tom Cotton and Marsha Blackburn, presented a bill that would ultimately water down privacy protections. The bill proposes to mitigate encryption laws for law enforcement officials as a means of gaining access to devices and communication services with a warrant.  Encryption: why is […]

This past Tuesday, Senate Judiciary Committee Chairman Lindsey Graham and Republican senators, Tom Cotton and Marsha Blackburn, presented a bill that would ultimately water down privacy protections. The bill proposes to mitigate encryption laws for law enforcement officials as a means of gaining access to devices and communication services with a warrant.

Encryption: why is it important?

Encrypted services ensure that your content stays between your device, whomever you may be messaging and you. End-to-end encryption is a right to privacy, protecting the innumerable messages sent and received every day via communication platforms. While the tech industry opposes weakening encryption laws, law enforcement officials have demanded that they have access to encrypted devices and platforms for investigation purposes. While that may sound feasible, backdoor encryption is a direct violation of privacy protection laws.

What exactly does this bill propose?

The Lawful Access to Encrypted Data Act would demand that when a warrant is obtained by law enforcement on suspicions that a crime has taken place, tech companies must assist them in gaining access to their encrypted devices. While this bill doesn’t outwardly suspend encryption tech–and though this isn’t the first time encryption has been undermined under Trump administration–big league tech companies like Apple maintain the idea that there is no way to go about this “lawfully”; assuring that it what this bill demands would simply violate the security of individuals.

Back in 2015, Apple was called upon to get involved with the investigation of Syed Farook, the man behind the gun during the San Bernardino shooting in December of 2015, killing 14 people. Law enforcement officials demanded that Apple unlock his phone and surrender his data over to them, Apple refused. Apple’s chief executive, Tim Cook, referred to this request as “chilling,” going on to say that he would essentially have to create “a master key, capable of opening hundreds of millions of locks.” Cook emphasized the dangers that this kind of invasion could pose, arguing that if he said yes– even just this once–what would stop the FBI from doing it again?

Facebook was also dragged into the mix after the FBI and Department of Justice, Attorney General William Barr expressed frustration towards Facebook after announcing that they would tighten up encryption on its messaging platform in effort to strengthen privacy protections. In response to Barr’s request that Facebook halt this plan so that law enforcement could illegally access content, Facebook followed suit with Apple, stating that, “It is simply impossible to create such a backdoor for one purpose and not expect others to try and open it.”

So how does this bill get around legalities?

The bill proposes stimulants for tech companies, urging that they get creative in finding ways to enable access to encrypted devices and services while remaining “lawful.” The bill would fund a grant program that would train law enforcement on digital evidence. At a 2019 hearing, Graham threatened the reluctant tech companies, stating to Apple and Facebook that, “You’re going to find a way to do this or we’re going to do this for you.”

The bill also invites a competition, stating that the attorney general would offer a prize for the development of a loophole–a way of encouraging that a lawful solution be created so that the FBI could gain access to encrypted devices and solutions while boosting privacy. 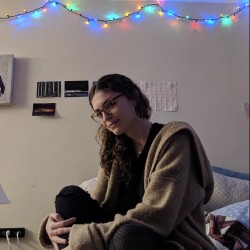