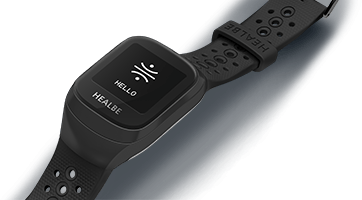 Looking at the New GoBe3 Smart Band from HEALBE

The COVID-19 pandemic and its accompanying lock-downs drastically altered our day-to-day lives. Without taking the necessary precautions, it would have been very easy for the quarantine to take a substantial toll on our health. Tools like HEALBE‘s GoBE smart band became more useful than ever before as nurturing our physical and mental health became an even more vital priority. As we approach an election, HEALBE announced the launch of another weapon for your arsenal of mental health defenses.

The GoBe smart band was already far ahead of the pack when it came to its capabilities. By taking its measurements through the skin, the band noninvasively measures calorie intake, water balance, stress level, and more. The GoBe3 smart band tracks even more data, using its five sensors to measure things you would expect from a smart band like calories burned and steps taken, as well as some things you might not expect, like emotional tensions and sleep quality.

The GoBe3 is the third in HEALBE’s line of smart bands. The GoBe2 is the model that is currently available to the public, and the one that introduced patented FLOW™ technology. Analyzing the body’s glucose concentrations and the amount of fluid moving in and out of each cell, the band is able to track these datasets that were previously unattainable.

What is New in the GoBe3?

Over the past year, HEALBE has been actively taking in customer reviews and looking at all of their feedback to find out how to best improve their iconic smart band. The chief concern when building the GoBe3 was the comfort factor. In order to maximize the smart band’s effectiveness, it needs to on nearly all of the time. So, the HEALE team decided to make the sensors with hypoallergenic titanium contact points as well as a soft-touch band to decrease any discomfort on the wearer’s wrist.

The design was given an update and the screen was replaced with an always on, memory-in-pixel display that competely eliminates glare. The internals got an upgrade as well, the geometry of sensor layout increased the accuracy of data collection, while the speed was improved with an optical pulse sensor—even during intense physical activity.

As tech becomes a more an more ubiquitous part of life, the team at HEALBE knows that users will be incorporating their GoBe3 into their current array of tech. Because of this, the HEALBE app has been updated to be easily integrated into other fitness or stress management apps.

Artem Shipitsyn, CEO and co-founder of HEALBE Corp, explained that goal specifically in a release announcing the GoBe3:

At HEALBE, we know that in the 21st century tech is an inherent part of daily life. With our product development, we are aiming not only at easing people’s daily routine at weight-loss efforts, but also and primarily at raising their awareness of themselves, at laying a foundation for them to bring about positive and lasting changes in the quality of life

Published in Computers, Gadgets, and Tech and Consumers