Stand at the hilltop Girona Cathedral’s sharp, ascending stone steps as the bells toll in a hot summer day to imagine yourself on the Great Sept of Baelor in the Game of Thrones. HBO transformed the medieval quarters of this northeastern Catalan city of Girona into Braavos, Oldtown and King’s Landing in the sixth season […]

Stand at the hilltop Girona Cathedral’s sharp, ascending stone steps as the bells toll in a hot summer day to imagine yourself on the Great Sept of Baelor in the Game of Thrones.

HBO transformed the medieval quarters of this northeastern Catalan city of Girona into Braavos, Oldtown and King’s Landing in the sixth season of the medieval fantasy epic. Perched atop Plaça de la Catedral the Romanesque and Gothic style Girona cathedral is, in fact, a real structure and the seat of the Roman Catholic Diocese of Girona. It boasts the world’s widest Gothic nave.

You won’t see Jaime Lannister storming up the stairs of the Girona cathedral on his white horse, but tourists trudging up the stone steps. Through winding cobblestone labyrinth of narrow passageways that ascend and descend through a confusing maze of alleys, you may recognize the stairway where Arya Stark was attacked and begged while sitting at the bottom of medieval stone stairs.

If you’re a diehard Game of Thrones fan, you should sign up for a walking tour to visit all the sites used in the filming.

Girona Beyond the Epic Fantasy

History buffs will be regaled by Girona’s Medieval old city tucked away on one side of the River Onyar, across its modern city.  Stroll through the walled old quarter, Barri Vell, with snug streets dividing dwellings that rise on both sides of the medieval streets to imagine an era of knights and warriors. The caverns in the old quarter open to Tapas bars, restaurants, museums, boutique hotels, and private residence.

Walk across the old quarter’s city wall, Passeig de la Muralla, for a panoramic view of the perfect marriage of the ancient and the modern Girona. Watchtowers dot parts of the wall, and slits in the stone wall offer a view of what soldiers saw of the approaching enemy. The old quarter dwellings once occupied by Jewish, Muslim and Christian residents are now called home by 100,000+ new residence.

Sieged 25 times and captured seven, Girona was ruled by its original inhabitants, the Iberians, before the Visigoth and the Moors and Charlemagne took over and added the city amongst Catalonia counties. After being incorporated into the Barcelona county in the 1350’s, it was ruled by Peter III of Aragon.  The city’s history heralds a vibrant Jewish community the history of which the old town’s Jewish Museum preserves for visitors.

Copious political signs in yellow ribbon symbols are constant throughout the Catalonia region and  Girona.  They signify the Catalan independence movement to secede from Spain. Yellow ribbons and flags, with political messages demanding the release of political prisoners, are draped across balconies, storefronts, bridges, and parks.

The Catalan Independence movement, with roots in Catalan nationalism, began in 1922, with Francesc Macià who founded the Estat Català political party. More recently, in October of 2017 the Catalan declaration of independence resolution, passed by Catalonia Parliament, was not recognized by the international community and various members of the Catalan movement were either jailed or flee into exile.

The Medieval Bridges the Modern

Descend from the old quarter toward the Onyar River, to see the modern city of Girona unfold with rainbow color apartments, stacked like cubes on top of each other. Their reflection unto the river below creates the quintessential postcard Girona scenes.  high-rise apartment buildings, shops and restaurants, museums and parks, and business district are overshadowed by the hilltop old quarter.

Some 11 bridges connect the old quarter to the modern city of Girona. Most famous of all bridges crossing the Onyar River is the 1870’s El Ponte de Ferro bright red metal, cross-stitched footbridge. It is also known as the Eiffel Bridge, named after its architect, Gustave Eiffel, who went on to build the Paris Eiffel Tower.

Finding our way to the University of Girona, placa de Sant Domenec, in Girona’s old quarter maze was a challenge.  Here St. Domenec cathedral’s stone stairs, hugged by its rectory with ancient wooden gates, was hinged with modern steel and iron. Up to the alley and to the right we find Carrer dels Alemanys (Street of the Germans) a narrow alley of high-walled residence and the site of Palau dels Alemanys  boutique hotel.

The hotel takes its name from the nearby Jardins dels Alemanys (Garden of the Germans) set in the Old Quarter where German mercenary soldiers were barracked during the French War. The renovated 14th-century bishop’s resident is owned by Eric who purchased the original place with his father, a former hotel executive and spent four years renovating the place.

The four-suite hotel’s wooden entry door has a modern, touch-tone pad. Its courtyard is hugged with high rising stone walls. Romanesque and Gothic foundations are reinforced with modern, steel frames and large glass windows. By the side of the courtyard, a metal enforced arched glass door leads into a medieval reception area with modern white leather seats and a repurposed antique wooden cabinet of “Honestly bar” a posthumous tribute to the jazz trumpeter Jr. Enric “Jimmy Rosell”.

A small kitchen by the bar offers sodas, water a Nespresso machine and a basket of snacks.

Steel stairs from the courtyard lead up to concrete stairs that snake to upper floor suites and into our El Tinell spacious studio space.  Wide Romanesque arches divide the suite into a bedroom and a sitting room area. A metal wave headboard frames the bed against a white-washed back wall and is topped with reinforced metal vaults and a preserved 14th-century coffered and painted ceiling.

A centered repurposed wooden clothes hanger divides in the room. White leather sectional against arched steel-framed glass windows offer a view of the courtyard below. Across the room, windows have views of the narrow street below and the arm-length convent across.  An antique wooden table, extended into a high-top table with metal legs, is a perfect breakfast table.

A small kitchenette nook with a red, retro frig sits before the entry to the modern bathroom. An antique wooden table with a terracotta sink accents modern bathroom. Golden organza bags, set on a metal rack, offer soft slippers and shampoo/shower pods.

The hotel is open May through November and prices run at $150+ per night depending on the season.

If you’re new to the Spanish Tapas world, it’s best to hit a Tapas bar for a visual feast of an endless array of food and dessert dishes. It’s surprisingly affordable.  Just don’t get rid of the toothpicks! That’s how your bill is calculated!

Dinner at Tony’s at Pujada del pont de pedra 1, on the edge of the old quarter, was satisfactory. The fried anchovies, Patatas bravas with a spicy, roasted tomato aioli sauce, and sangria was a great complement to watching the women’s soccer match and staying in the old quarter.

For our second night’s meal, a local merchant suggested we try Txalaka. We wind through the modern streets of Girona, beyond its hotels, and restaurants and residential areas to find Txalaka at C/ Bonastruc de Porta.

When the shutters roll back after 7:30 pm, the windows reveal a colorful feast of Tapas on countertops. The wait staff diligently replenished the Tapas dishes that emptied as guests picked their way through the counter the freshly assembled Tapas of food and sweet desserts.

Txalaka was originally a Basque cider house. Here 14 types of apples, including the green apple (Txalaka), were fermented and served from large barrel spigots still visible in the restaurant’s inner walls. Since 2004 Txalaka has offered a mix of Catalan and Basque cuisines.

With a plate of fried anchovies and Gluten-free beer, we enjoy a hearty sampling of Tapas and dessert choices. Keeping our small dishes and toothpicks to the side of our table for our waiter to add our bill.

The 24 Euros ($27) dinner bill was surprisingly affordable and the food selection most memorable. 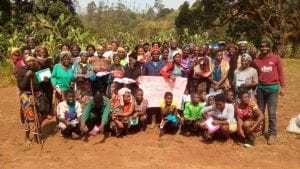 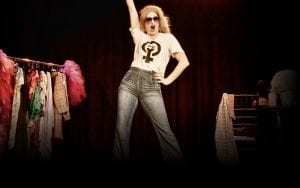 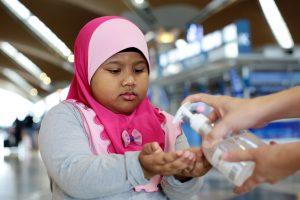 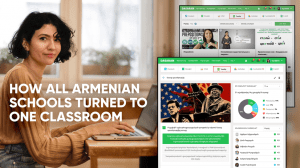 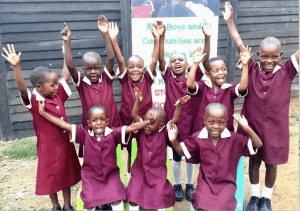 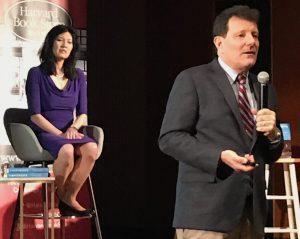