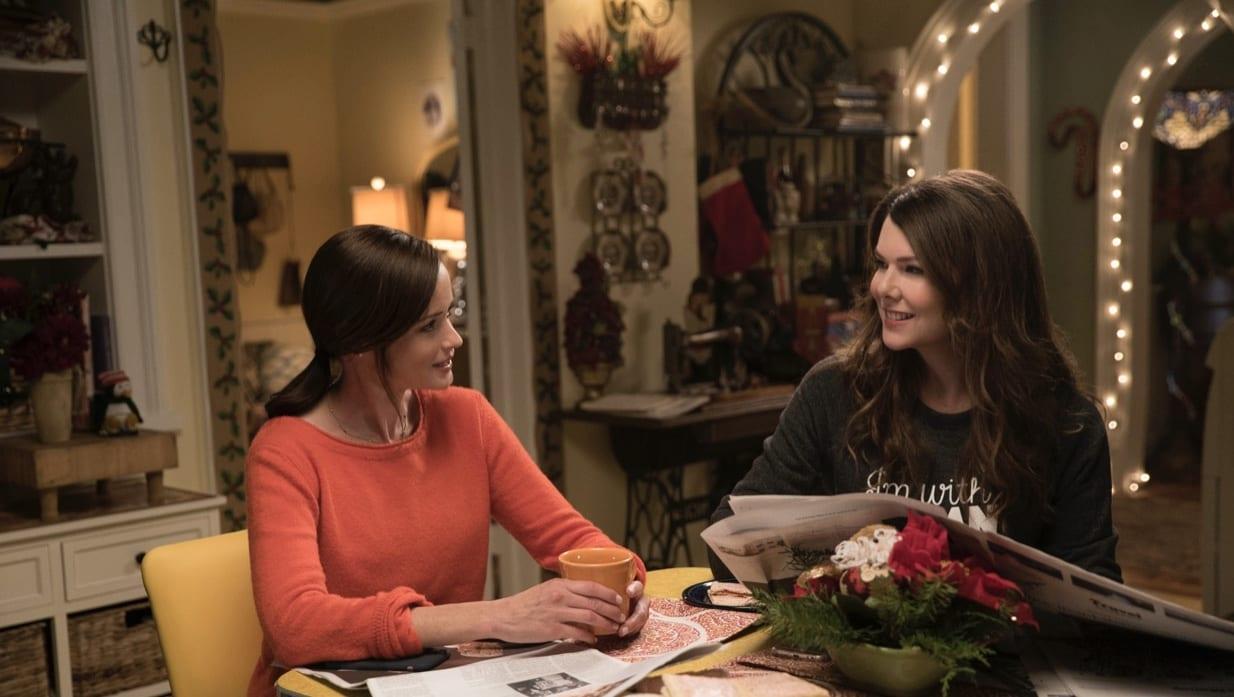 By Katherine Stinson ON February 8, 2020

Gilmore Girls creator Amy Sherman Palladino is open to the idea of a second season of the revival of the hit show.

According to Entertainment Tonight Palladino didn’t outright confirm that a follow up to 2016’s Gilmore Girls: A Year In The Life was happening, but she didn’t outright nix the idea. Gilmore Girls initially premiered in 2000 and ran for seven seasons before being revived for Netflix in 2016 due to popular demand.

But what made the 2000 comedy-drama show such a success, sparking Netflix’s decision to reboot the series and now bringing a second season to us?

Gilmore Girls at its core from the series premiere in 2000, is the love story between mother Lorelai Gilmore (Lauren Graham) and her daughter Rory (Alexis Bledel).

The two live in a quaint fictional town in Connecticut called Stars Hollow, navigating through the trials and tribulations of love, education, and balancing their careers. Oh yeah, and experiencing the ups and downs of a mother-daughter relationship.

The focus on Lorelai and Rory and how close they were was a rarity in television, and many women watching could relate having the same close relationships with their mothers.

Oh and don’t forget the charming Jared Padalecki, who grew into the loveable Sam Winchester on The CW’s Supernatural.

Emphasizing the Complexity of Women

Amy Sherman-Palladino also set a precedent with the show’s fast paced and witty dialogue (the show hilariously lampshades the fast way Rory and Lorelai speak due to their copious coffee drinking habits.)

Fans of the show also were drawn to the strong supporting cast, particularly the complex women.

From Rory’s best friend Lane Kim to the acerbic career driven Paris Gellar to chef Sookie St. James, the show never ran short of women who had their own clearly defined personalities, flaws, dreams and goals. The show ended on a rather unsatisfying note with its seventh season without Amy Sherman-Palladino, who had left the show after the sixth season.

Fans were disappointed because they never got to hear the final four words Amy Sherman-Palladino had planned to end the series with from the beginning.

Gilmore Girls: A Year In The Life

Fans were over the moon when Netflix announced that Gilmore Girls was being revived for a four part series with Amy Sherman-Palladino returning to write the reboot. While the show was popular during its initial run the reboot introduced the show to a new generation of viewers and helped Gilmore Girls achieve cult status.

However, great popularity invites more scrutiny. Fans were quick to point out the flaws in the new revival from a continuing trend from the original series of a lack of diversity to completely unnecessary fat jokes that felt out of place in Stars Hollow.

That was in 2016, but fans have still been hoping for at least one more season to wrap up story-lines, from Rory’s surprise pregnancy to her yet to be published book.

A second season would be great, and Amy Sherman-Palladino could use the response from the first season’s “political incorrectness” to set a new standard for 21st century television.

A place where diversity is shown without a second thought or debate, and humor doesn’t have to involve knocking down someone’s body image for a cheap laugh. Here’s some ways a potential season two could address the issues from the 2016 reboot.

A Year In The Life Part II

One of the greatest friendships in Gilmore Girls was between Rory and Lane Kim. From the start the rock music loving Lane was in a perpetual state of rebellion against her traditional Seventh Day Adventist mother, but the show did a great job of defining Lane’s life outside of being Rory Gilmore’s best friend.

Lane was one of the sole POC included in the main cast, and it was interesting to explore the cultural and personal struggles she had to deal with growing up that Rory never even had to consider facing. (Case in point, when Lane’s mother only wanted her to date religious Korean boys.) Lane ended up married to her fellow bandmate Zach and they ended up having two twin boys.

While the Netflix revival did offer a few glimpses of Lane’s life when Rory returns to Stars Hollow, it was a bit of a letdown to see her tethered to working at her mother’s antique shop and not having a chance to explore her passions.

While there’s nothing wrong with a woman settling down as a wife and a mother, Lane was introduced from the start as being passionate about music. It would be great to see her perhaps taking over Sophie’s Music Shop or teaching the next generation of young women how to rock.

Gilmore Girls is well known for its complex and witty cast of main characters but beyond Lane, Michel, Miss Patty, and the car mechanic Gypsy, the only other semblance of diversity on the show is via Gilmore matriarch Emily’s disposable roster of maids on duty.

In the revival the same actress that plays Gypsy doubles up as Emily’s new maid Berta.

A running gag throughout the revival is that Emily has no idea what language Berta or her family (who Emily lets move into her house) is speaking. While it feasibly could be excused that Emily is older and set in her ways, Berta’s family is almost a caricature of a Hispanic family and isn’t given any sort of backstory or development beyond the fact that they’re hard working and can’t speak English.

Perhaps instead of using the family as comical props for a potential second season, Palladino could turn the humor on its head and have Emily trying and comically failing to learn Spanish.

Another thing that seems unrealistic is Rory’s lack of interactions with a more diverse cast of characters. While the revival did a great job of showing the realistic struggles of trying to make it as a journalist in today’s job market, it’s hard to believe that Rory didn’t establish some contacts with some POC figures in the field when attempting to add more bylines to her resume beyond her talk of the town piece for The New Yorker.

Would a second season have to introduce brand new main characters?

Not necessarily, but it could do a better job of having Rory interact with a crowd that reflects what the world actually looks like nowadays.

In the revival episode, “Summer,” Rory and Lorelai are at their best trading witticisms but there’s a completely unnecessary bit where the mother and daughter come across a larger man whom they cruelly christen “Back-fat Pat.” (Rory even accidentally calls Pat fat to his face.)

At it’s best Gilmore Girls is a hilarious show with fantastic dialogue that doesn’t need to rely on dumb fat-shaming jokes period. There’s just no excuse for it.

A Second Season of Possibility

Gilmore Girls is a fantastic show that features dynamic women who aren’t afraid to be strong, ambitious, vulnerable and downright funny. It would be excellent if a second season was confirmed because it could answer lingering questions from the first season like who is the father of Rory’s baby, and will she still publish her book about her relationship with her mother?

Amy Sherman Palladino set a precedent with the original series in terms of dynamic dialogue and incredible female characters.

Let the second season be a testament to her willingness to take risks with storytelling and wrap up the stories of everyone’s favorite Gilmore girls without having to rely on unnecessary tropes that should no longer be acceptable in television in general from 2020 onward.