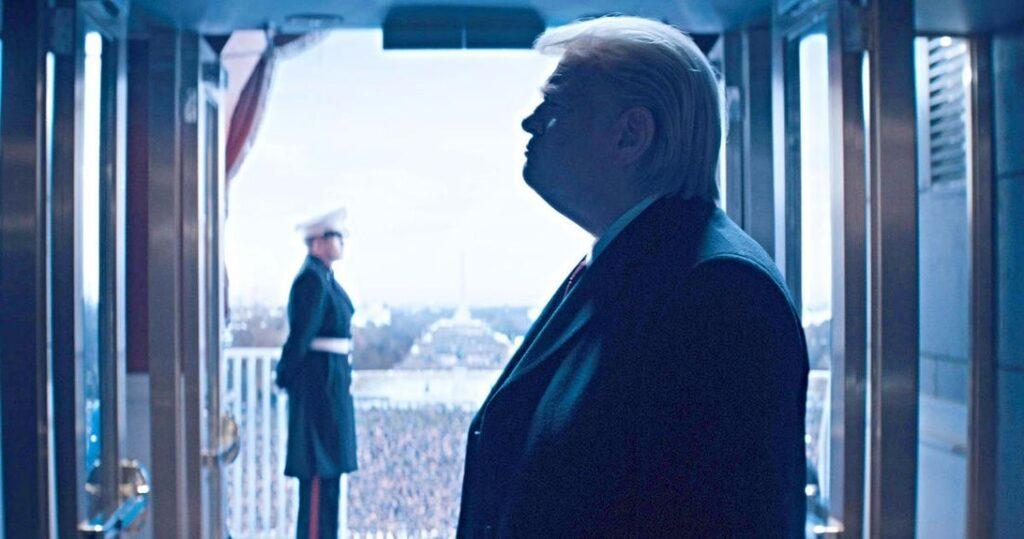 James Comey was already a polarizing figure before the 2016 election. The former FBI director just became more popular and loathed when he looked into Hilary Clinton’s leaked emails days before the 2016 election, plus his conflicts with President Donald Trump. Comey wrote about his experiences with the president in the bestseller, “A Higher Loyalty: Truth, Lies, and Leadership,” which has now been adapted into a Showtime miniseries called The Comey Rule.

Jeff Daniels is playing the former FBI director, while the great Domhnall Gleeson (Calvary) is playing Donald Trump. Even in the few seconds we see of Gleeson as Trump, it’s uncanny how close he got to the real man. Gleeson is a tremendous actor, so it’s no surprise, but still, it’s startling to see (via Vanity Fair):

From the Mind of Billy Ray

Billy Ray knows how to effectively adapt real life events for the big screen. The writer-director made his directorial debut with the fantastic Shattered Glass, a movie that’s more timely than ever now. He did a solid job with Breach, as well as writing Captain Phillips. Ray is just a damn fine craftsman as a writer. Everything is in the right place in his stories.

Not long ago, there was a dispute over when The Comey Rule would air on Showtime. Billy Ray and his cast and crew all wanted to premiere the miniseries before the upcoming election. However, Viacom, which owns Showtime, suspiciously wanted to delay the series until after the election. After Billy Ray published an open letter about his disappointment, the release date for The Comedy Rule was moved up to September. Here’s an excerpt from Ray’s plea:

We all were hoping to get this story in front of the American people months before the coming election. And that was a reasonable expectation considering that we’d been given a mandate by the network to do whatever was necessary to deliver by May 15. But at some point in March or April, that mandate changed. Word started drifting back to me that a decision about our airdate had been made at the very highest levels of Viacom: all talk of our airing before the election was suddenly a ‘non-starter’… Why? I don’t know. The health of a media company depends on attracting audiences — and our movie, aired in August of an election year, would have been very big news. Can you imagine the billboards? Comey Vs. Trump! A cast loaded with Emmy winners! Yet here we are. I am deeply sorry that I didn’t win this one.

No matter how damning the show’s depiction of Trump will be, and of course it will be, it likely won’t change anyone’s mind about the man. We all know who he is by now. There probably won’t be any new bombshells from the show. Still, people should see it before the election. Whatever the result, keeping people informed about the truth is paramount, which hopefully, The Comey Rule will do, plus entertain. It’ll probably be hard to look away from Gleeson as Trump at the very least, plus Daniels is such a strong presence he’s perfect for the steely James Comedy.

Based on Comey’s No. 1 New York Times bestselling book A Higher Loyalty and more than a year of additional interviews with a number of key principals, THE COMEY RULE is an immersive, behind-the-headlines account of the historically turbulent events surrounding the 2016 presidential election and its aftermath, which divided a nation. THE COMEY RULE is not a biopic of one man, but is instead the story of two powerful figures, Comey and Trump, whose strikingly different personalities, ethics and loyalties put them on a collision course.

The Comey Rule debuts on September 27th and 28th on Showtime.