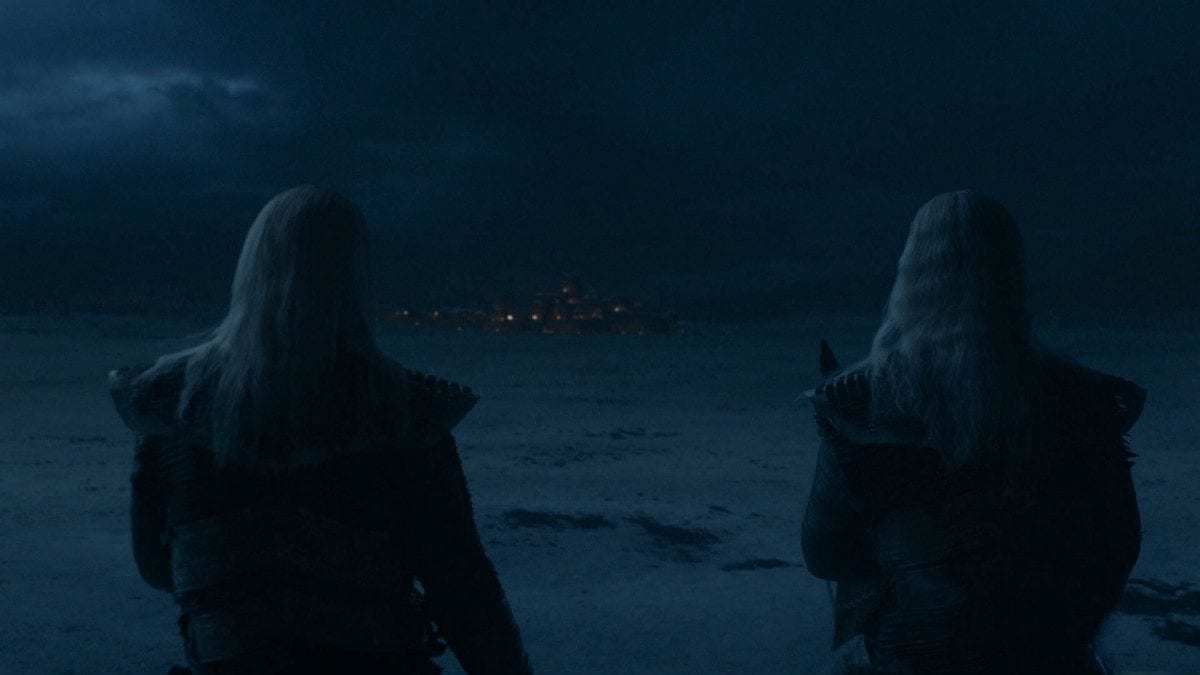 You may have noticed that the majority of Sunday’s second episode of the eighth season of Game of Thrones implemented very similar measures that Lord of the Rings: The Two Towers did on the eve of the Battle for Helms Deep.

Well, you were correct and yes, it was intentional. So, to prepare for what will be the most exciting event in TV history next Sunday, here’s what you need to know:

For Lord of the Rings fans, the Battle for Helms Deep, as depicted in The Two Towers, has continued to remain the gold standard for all cinematic medieval warfare. Now, with the final season of Thrones, that is expected to change.

The 40-minute scene in Two Towers served as inspiration for Game of Thrones director, Miguel Sapochnik for Episodes 2 and 3. The director studied Helm’s Deep, primarily to know when the audience might get “battle fatigue” from all the clanging and banging of swords and steel.

“It feels like the only way to really approach it properly is take every sequence and ask yourself: ‘Why would I care to keep watching?’” Sapochnik said. “One thing I found is the less action — the less fighting — you can have in a sequence, the better.”

That’s what it took to put what will be the largest and longest consecutive battle scene in the history of film together, according to an Entertainment Weekly interview.

This has never been done before in the history of film. The battle, lasting the entire 90 minutes of Episode 3, positions the Night King’s army against the North, led by Daenerys Targaryen and Jon Snow (Aegon Targaryen).

“What we’ve asked the production team and crew to do this year truly has never been done in television or in a movie,” said co-executive producer Bryan Cogman.

“This final face-off between the Army of the Dead and the army of the living is completely unprecedented and relentless and a mixture of genres even within the battle.”

Sapochnik, known for his directing and shooting of the “Hardhome” and “Battle of the Bastards” episodes, brings an entirely new level of skills, one which is filmed on a completely different scale, requiring nearly the entire roster of cast members.

“The [GoT battles] I’ve done previously were generally from Jon’s perspective,” Sapochnik noted.

“Here I’ve got 20-some cast members and everyone would like it to be their scene. That’s complicated because I find the best battle sequences are when you have a strong point of view.”

#3—We Finally Will Get to See Arya Go Complete Badass

Maisie Williams, who portrays Arya Stark in the series, will finally be unleashed, having spent all eight seasons of Thrones training and preparing to become a warrior.

“I skip the battle every year, which is bizarre since Arya’s the one who’s been training the most,” Williams said. “This is my first taste of it. And I’ve been thrown in at the deep end.”

Sapochnik even warned Williams to begin training for this day, a whole year prior to shooting the episode, knowing its filming difficulties.

“Nothing can prepare you for how physically draining it is,” Williams confessed.

“It’s night after night, and again and again, and it just doesn’t stop. You can’t get sick, and you have to look out for yourself because there’s so much to do that nobody else can do … there are moments you’re just broken as a human and just want to cry.”