It’s predicted that millions of Americans will call in sick with a hangover from the final Game of Thrones episode, which, if you’re reading this later, aired on HBO Sunday, May 19.

Quoting predictions from the Workforce Institute at Kronos, a recent piece in MarketWatch estimated that thanks to GOT’s 80-minute finale, “some 27.2 million workers will be late and distracted, costing $3.3 billion in lost productivity.” that 10.7 million will skip work completely. This compares to 17 million who called in the Monday after 2019’s Super Bowl.

This loss in productivity is nothing to be sneezed at, but these numbers are miniscule compared to the losses in productivity due to email, social media platforms, gaming and other digital distractions, which some estimates say costs the U.S. economy about $997 billion a year.

That’s just shy of “One TRILLION Dollars.” (Say that in your best Dr. Evil voice).

Many of us are working a six- or even five-hour workday without realizing the benefits in terms of time spent with family, on hobbies, exercise or energizing side projects.

Instead, we’re still spending eight-plus hours “at work,” but instead of getting a full-day’s work accomplished, we’re losing productive time to interruptions from co-workers, needless meetings, and especially our perpetually pinging phones. The result is frustration, depression and lost opportunity for workers, and billions lost in profits for our employers.

According to a short report issued by online learning platform Udemy, America is a nation of distracted, often frustrated employees who aren’t working up to their potential, are simultaneously depressed about it, but unsure what to do.

Through its survey, Udemy found that some of our distractions can be traced to open offices and crumbling boundaries. Others, however, are fully “self-inflicted.”

Over a third of Millennials and Gen Z employees surveyed (36%) say they spend two hours or more checking their smartphones for personal activities during the workday, that’s over 10 hours of productivity just tossed away each week.

Though the worst cases are found among Millennials, Gens Y & Z, no demographic is totally immune. So before I’m accused of throwing our younger workers under the bus, let me add that across all generations 62% spend an hour or more on their phones every day.

Among all the survey respondents, almost 60% acknowledged that personal tech was much more distracting than Track, Trello and other work tools. The top sources of workplace social media distraction were:

Two other key findings: 70% agree that training can help people get better at blocking out distractions and achieving focus, but 66% have never talked to a manager about their struggles with workplace distraction.

Relative to its impact, deep research into this phenomenon hasn’t been all that extensive, but I believe that will change in the coming years. The Information Overload Research Group2 found that “knowledge workers” (and that’s a lot of us) in the U.S. lose 25% of their time “dealing with the incessant stream of data,” costing the U.S. economy $997 Billion every year.

Meanwhile, research by The Economist as reported by the World Economic Forum, reports that “logging onto social media costs the US economy a mindboggling 650 billion dollars,” which translates into:

One disturbing aspect of these statistics—if anything, they seem low to me!

A Journey to Recovery

Whether you’re an employer, frustrated by a talented team that’s underperforming, or someone (like me) who’s fallen prey to the perpetual distraction of social media, there’s an incredible array of potential solutions available online. I also spent the last two years researching approaches to improving focus (and happiness!), which culminated in my new book, Lifescale: How to Live a More Creative, Productive and Happy Life.

The truth is that there are resources to help us all address these problems, methodically and with an understanding heart, as we work toward a healthy relationship with all forms of media distraction. We just have to start with the first step of realizing and accepting that this problem exists.

As Udemy’s survey shows, lots of us know we have a problem, but we’re sheepish about even mentioning it to our employers. No one really wants to be a slacking social media addict, but few of us know how to get a handle on our problem. I see Lifescaling as an opportunity to begin discussing our distraction-based issues with friends, coworkers and employers to find solutions that work for everyone.

Our journey is empowering, ongoing and just beginning. 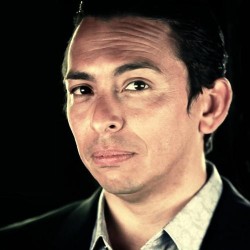 Brian Solis is Columnist at Grit Daily. His research and anthropological work explore disruptive technology’s impact on business, markets and society. He’s also a keynote speaker and an 8x best-selling author. His latest book, “Lifescale: How to Live a More Creative, Productive and Happy Life,” studies the dark side of digital lifestyles and how to take control.