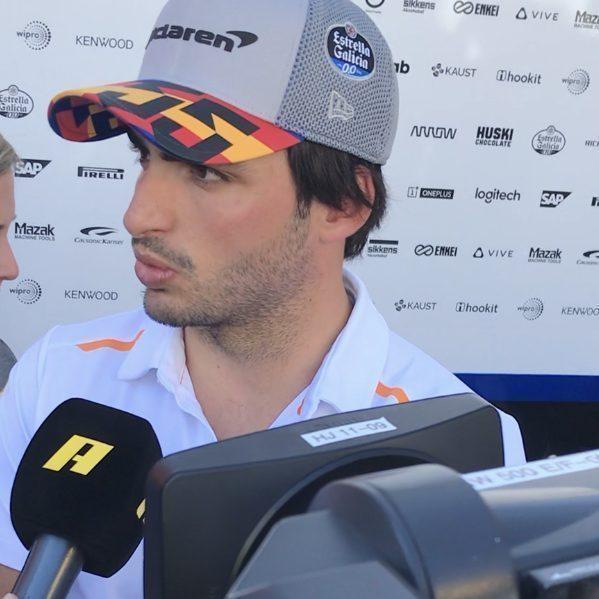 Formula 1 Kicks Off The Spanish Grand Prix Without Fernando Alonso

Formula 1 has finally kicked off in Europe with the Spanish Grand Prix in Montmelo, which is located on the outskirts of Barcelona in Catalonia, Spain. With Fernando Alonso’s retirement from F1 racing last year, all eyes were inevitably on the Madrid-born Carlos Sainz, Jr.

Carlos Sainz Jr. is the son of Carlos Sainz, the retired rally driver who won the World Rally Championship twice in 1990 and 1992. In fact, Alonso announced the passing of the torch to Sainz, thus making him the lead driver for the McLaren Renault Team this year.

Spanish Grand Prix promoters and the McLaren F1 Team made sure Sainz will be the focal point during the festivities by naming the circuit entrance after him. They’re also advertising that Sainz will be appearing in all social activities and reassuring Spanish fans that his performance has improved from the last race in Baku.

The excitement and enthusiasm might not be as strong without Alonso’s presence in the race. Alonso had a successful career that spanned 17 years, making the race popular in Spain, and Spaniards proud. But Sainz, who has been competing since 2015, outperformed him last year.

As a two-time world champion F1 winner in 2005 and 2006, Spaniards see Alonso as their F1 hero, making it a difficult set of shoes for the young Sainz to fill– despite outperforming his idol last year. Sainz finished at position ten with 53 points representing Renault F1 Team. He led three points above Alonso, translating to one position above.

Rough out of the gate

Sainz earned four points from this race climbing him to 11th place for the World Championship. Unfortunately, he did not have a great start this year. He did not finish his first pair of races at Australia and Bahrain. Now, he’s catching up on the points he lost.

Renault Team finished at top four last year, yet McLaren-Renault Team is doing much better so far: dropping the former to position eight whilst the latter at position four. Sainz is definitely the main contributor to the change of both constructors’ position in the world championship.

Sainz’ popularity should not be underestimated. He is definitely capable of winning the Spaniards’ support, eventually replacing Alonso. It may take time to convince fans, but the former is doing his best to prove he deserves their love. Sainz may not have an explosive performance as his idol, but he is definitely improving. Only time will tell, but evidence shows that he has the potential to deliver. Do you agree?