Here’s What to Expect from FIGS’ IPO

By Steven Finkelstein
GRIT  DAILY ®
The Premier Startup News Hub.
Grit Daily News is the premier startup news hub. It is the top news source on Millennial and Gen Z startups — from fashion, tech, influencers, entrepreneurship, and funding.
Here’s What to Expect from FIGS’ IPO
By Steven Finkelstein

FIGS is a noteworthy company for several reasons, but foremost among them is the fact that two women co-founded it. These two intrepid individuals, Heather Hasson and Trina Spear, wanted to create a clothing line that provided healthcare professionals with comfortable, durable apparel, similar to the precision pieces manufactured for athletes.  Nearly a decade ago, […]

FIGS is a noteworthy company for several reasons, but foremost among them is the fact that two women co-founded it. These two intrepid individuals, Heather Hasson and Trina Spear, wanted to create a clothing line that provided healthcare professionals with comfortable, durable apparel, similar to the precision pieces manufactured for athletes.

Nearly a decade ago, Hasson correctly identified a niche into which she felt she could make quick inroads. The scrubs that companies were designing at that point were uncomfortable, and the distribution system was antiquated at best.

What’s So Special About Their Apparel?

Hasson and Spear wanted to provide better scrubs to improve the overall healthcare experience for both patients and medical practitioners, and they have done so. FIGS is a company that goes out of its way to celebrate the individuals in the healthcare industry that do so much, throwing themselves headlong into what is often arduous work.

FIGS is all about elevating performance, and they use a proprietary fabric technology to do so. They core-spin it, so every piece of clothing they sell is both comfortable and built to last.

FIGS also went public recently, and they can claim the distinction of being the first company to offer an IPO that two women co-founded. That’s obviously a tremendous accomplishment, and we should commend these two women for their inspirational ascendence as well as how much they’re helping the sometimes underserved medical field.

What’s Next for FIGS?

The company has found a place for itself in medical scrubs, but its co-founders certainly seem to have further ambitions. The company has produced data indicating that the healthcare apparel industry comes with a $79 billion worldwide total addressable market. That means there’s plenty more market share waiting for them.

The addressable market in this niche for the US alone is about $12 billion per year at the moment. FIGS posted a net revenue of $263.1 million in 2020, and there’s no reason not to think they can’t build on that if they expand their product lines. Their active customer base jumped from 600,000 in 2019 to 1.3 million in 2020, so Spear and Hasson must feel bullish about what they can achieve moving forward.

Spear gave an interview shortly after the IPO, during which she indicated that she believes FIGS has barely scratched the surface of what it can accomplish. She says that the next five years are probably all about the healthcare industry for herself and Hasson, but they’re looking at other sectors after that. Construction, hospitality, and foodservice could all be next in line.

Spear said during the interview that even if someone is wearing scrubs, they want to look modern and professional. Based on that premise alone, these two entrepreneurs teamed up and have completely made over a niche that was desperately in need of a facelift. They have created a community around a profession, and they’ve promoted solidarity among various healthcare practitioners and disciplines. 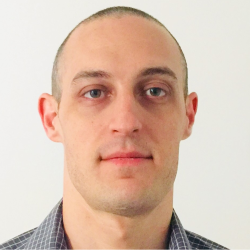 Steven Finkelstein is a Staff Writer at Grit Daily. He graduated from Pitt in April of 2004 with a B.A. in English Writing. He has written several books, a screenplay, a comic book series, and a raft of news articles on tech startups and the startup funding ecosystem.