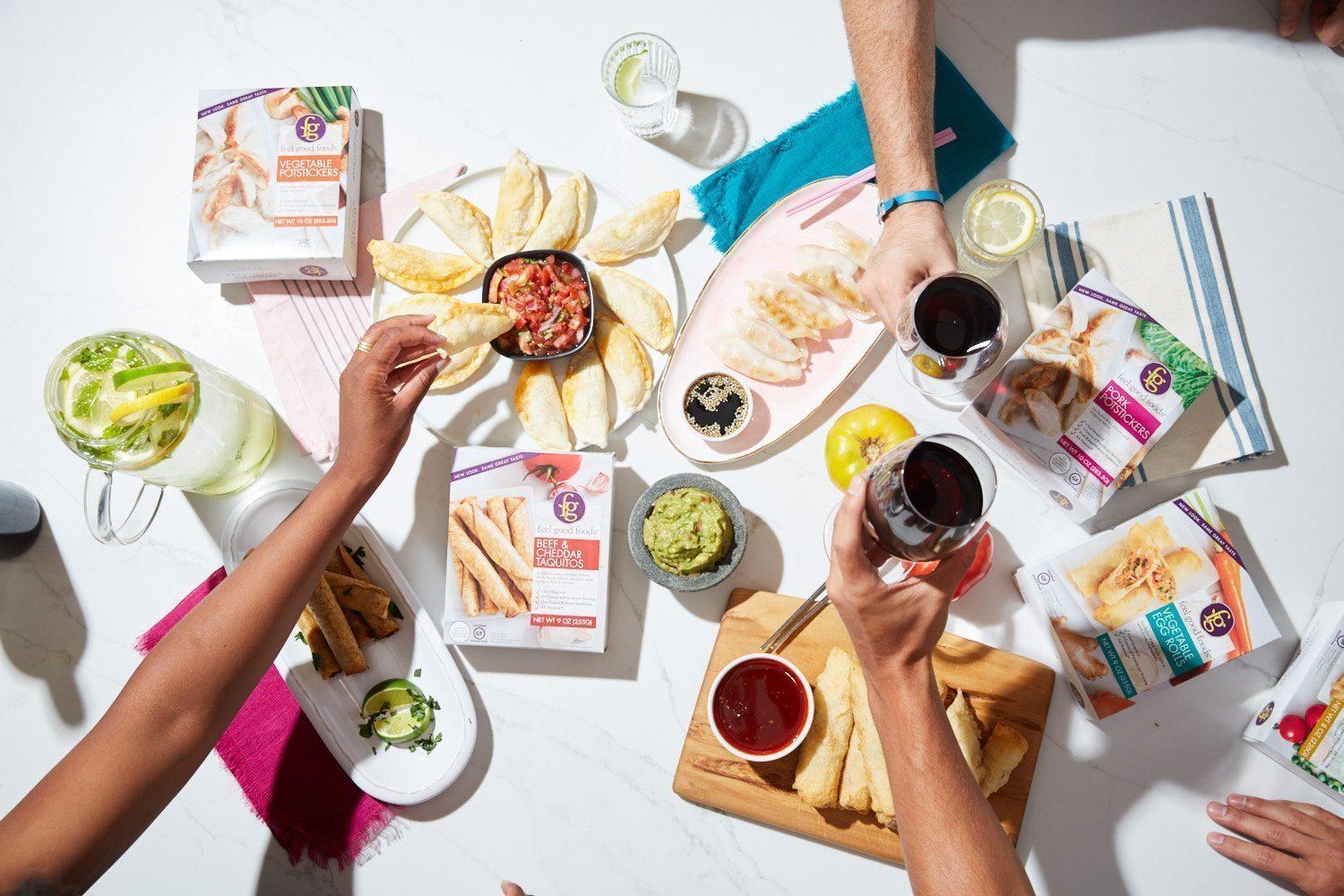 Have you ever been looking for a quick way to eat gluten free?

Turns out a pair of restaurateurs were looking, too. Former restaurateurs — Chef Tryg Siverson and Managing Partner at Friedman’s Restaurant Vanessa Phillips — have created an gluten fee line of frozen dinners designed to improve your gut health.

After having so many health concerns, Phillips educated herself on the gluten-free lifestyle years before it hit the mainstream. As a result, she began making her own line of gluten-free products from her studio apartment in Brooklyn, New York. Upon meeting and working with Siverson, the two chefs merged their visions, tastes, and backgrounds to produce high-quality food that is easily accessible to the public. Their dream has come to life with the Feel Good Foods brand.

Grit Daily caught up with Vanessa Phillips as she candidly discusses going gluten free, creating Feel Good Foods, and improving the quality of life through food. Check it out below.

Grit Daily: What pushed you to start a career in the food industry?

Vanessa Phillips: It was all I knew. My whole life. Since I was born, I knew I was meant to do something with food. Food was my calling.

GD: How did Feel Good Foods come to be? Why the desire to make everything gluten-free?

VP: I have celiacs and wanted to create a line of my favorite foods accessible to everyone. Growing up my favorite food to eat was Chinese. My parents had a lot of Chinese restaurants and ordered in a lot. I had an overexposure to gluten products. I always used to say to my mom I thought I was allergic to something, but would always say “I don’t care what it is as long as I can keep eating these eggrolls.”

When I found out I was celiac, I was devastated Chinese food was no longer an option for me to eat. When I met Tryg, he also shared my love for asian food. He had worked at Nobu, John George, spice market, it was a shared passion of ours. He asked me one day what foods I missed. Then I listed off egg rolls, dumplings, and tempura, and he started cooking me dishes from his former restaurants, tweaking them to be gluten free.

I felt bad for celiacs who are really hungry and miserable and didn’t have access to someone like Tryg day-to-day, like I did. While Tryg was at Balducci’s as their executive chef of prepared foods, I was in Puerto Rico at the time. Still wanting to be involved in the food side of the food industry, I had done a trial run gluten free menu for my father’s restaurant and the foods were met with rave reviews.

One day someone had come into the restaurant, and the customer liked these lasagnas I made so much she asked if she could buy it in bulk to take home. I put up an ad online and had like 20 orders after the first week! It eventually grew to 50 orders a week after a lot of gluten free bloggers started writing about this girl in the west village delivering gluten free lasagna. My order count exploded immediately.

I was living in a 450 sq ft studio apartment and realized it was not economic. As a result, I took down the ad and regrouped. This is how the inspiration for Friedman’s came to be. But I loved the idea of people serving my food in their homes and I never got over that idea. I knew that one day I would come back to that concept, but it was on the back burner while Tryg and I launched Friedman’s. Feel Good Foods was born from that. It’s Friedman’s but in a box.

GD: Which FGF products are your favorites? Do you plan on expanding the line with other foods?

VP: The potstickers are my favorite. Growing up, dumplings were my favorite food. Today, they are still my ultimate comfort food when I’m feeling sick and tired. Even before I was diagnosed with celiac, dumplings were my ultimate comfort food. I was determined to create them with Feel Good Foods. We are absolutely planning on expanding with other foods. Food innovation is the most inspiring part of what I do and I will never stop.

GD: What do you wish you knew before you started FGF?

VP: It’s going to take a lot of money. I didn’t realize how much time fundraising takes. It is very exhausting and can feel very defeating at times. It is a big part of what I do every day and I was naive in thinking it’d be easy. Example: I remember early on saying to my partner that we have such a great idea and that getting the capitol is the easy part. In reality, getting people to invest in you when you have no proof of concept is one of the most challenging things you’ll be up against. I wish someone had prepared me for that.

Being a woman in business is harder for women than men. I never expected the disproportionate amount of gender inclusion in business to be such a theme in my career. I grew up with a lot of strong female role models and never thought that being a female in business would make situations in the workplace more challenging.

For example, this was not a conversation that I had with anyone prior to launching my business and when I did start my business, I felt that I was playing catch up with all the men that were one step ahead of me. Being in a business that is male dominated makes me stop and think before every board meeting, every time I’m trying to raise money, etc.

You are not always going to love every part of what you do. When I first started my business I was obsessed with it. Like totally in love. But just recently, I had a moment where I really wanted to give up. I realized that running a business is similar to being in a relationship or getting married.

You have to realize that it is for better or for worse. When I started, I never thought I would have moments of uncertainty and would really have to ride out the hard times. In reality, you sometimes have to get discouraged a little bit in order to get back up again on the other side.

I wish someone would have been able to tell me about the different logistics associated with different categories within a grocery store. I maybe would have chosen to go into a different segment. I never knew that frozen food was one of the most challenging categories within grocery. If I had known more, maybe I would have chosen something else. Because at the end of the day I just wanted to get into food. I didn’t know frozen was going to be so tough but I am proud of how far FGF has come and glad we are growing within the frozen sector and changing how people stock their freezers.

It never gets easier, it just changes. I used to ask people before I started that if starting was going to be the hardest part. They said yes, but in actuality, it is all hard. Same, but different. As you grow and get bigger, the challenges change and get more dynamic. But I believed that once I got started and got my placement that things would get easier. People said that being a start up was the hardest part but that’s not true.

VP: That FGF is food for celiacs. The idea is that FGF is really far reaching and its food for everyone to enjoy and feel good eating. Definitely not just food for people who have to eat GF. There’s a stigma around GF foods and sometimes that creates a stigma around FGF. We want everyone to try it to see if it’s something that could become a part of their food routine.

GD: How can we better support women in business, such as yourself?

VP: By encouraging more women to go into business, talking about it more and lifting each other up. We are outnumbered.

Published in Brands, Food, Health and Wellness and News