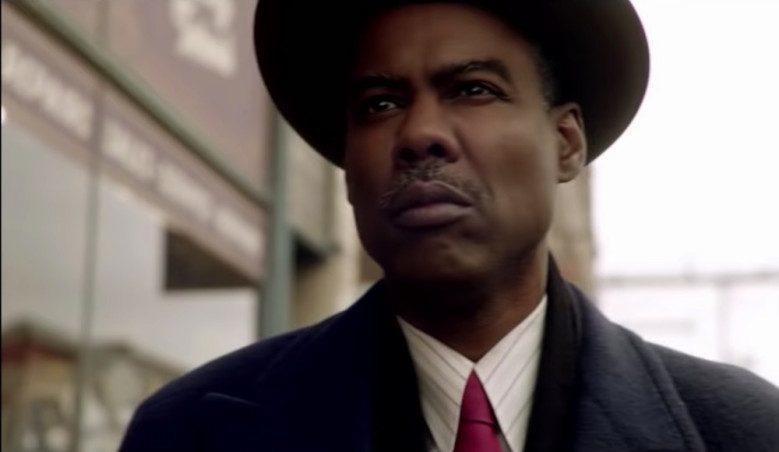 Remember when people were foolish enough to doubt FX’s Fargo? More than a few people thought a new spin on Joel and Ethan Coen’s classic crime story of fools, goons, and collateral damage was a bad idea. How wrong they were.

Creator Noah Hawley quickly proved the doubters wrong with a tremendous first season. From there, the show only got better with standalone but connected seasons, set during very different yet very violent times. After two years or so of waiting, a fourth season of the hit drama will premiere in April. The new season stars Chris Rock and other all-star actors we can’t wait to see bring Hawley’s colorful characters to life.

Set in the 1950s, Rock stars as Loy Cannon, the head of a mob family. Cannon’s family isn’t the only mob family in Kansas City, though; the Italian mafia is the main competition to the Cannons. To set a truce and settle differences, however, both crime families strike an odd deal which probably leads to all kinds of bloodshed, laughs, and questions about the larger meaning of life. You know, usual Fargo stuff.

Loy Cannon already looks like the finest leading part Rock has played in years. The possibilities of Rock’s timing and Hawley’s sharp writing are endless. How those two talents match up should be remarkable to watch. The same goes for the rest of the new cast, including Timothy Olyphant. He’s the law in season four, which is always a juicy role in Fargo. Then again, there’s no such thing as a role that isn’t juicy on Fargo. No small parts in Minnesota or, this time, Kansas City.

A Connection to Other Seasons?

There is one possible connection between old Fargo characters from Minnesota and the new ones in Kansas City we already know. In the upcoming season, actor Ben Whishaw (the voice of Paddington) plays a gangster by the name of “Rabbi Milligan.” Not the only character with that last name ever to appear on the show. The great Bokeem Woodbine, who was heartbreaking to watch in Queen & Slim, played Mike Milligan in season two. He was a henchman from the Kansas City mob. Looks like he got stuck in the family business. There’s likely more connections between season four of Fargo and the rest of the series, but Hawley wasn’t revealing any secrets to during TCA (via Collider).

How Much More Fargo Are We Getting?

Hawley never looks beyond a season he’s working on. There’s too much work on his plate to even begin thinking of more characters to tortue in Fargo. Once a season is done and inspiration comes to him, then he’ll continue the show. Recently, he confirmed he has no plans for a season five of Fargo, but per usual, he’s open for more stories if they come to him organically:

“Every time I do one, I think it’s the last one. And then some period of time passes, and I go ‘Oh, I could do that.’ I always joke that the next season could be on the Starship Fargo, Year 2150. Or we could go back and do 1812. Those are all available but I don’t have any plans at that moment to make any more.”

As long as Hawley and his writing team are authoring Fargo, any time and place will do for future seasons. It’s a show that remains consistent in quality but continues to grow in surprising ways. Hawley keeps digging deeper into questions raised about greed, loathing, and violence with each season.

The fourth installment of Fargo is set in 1950 Kansas City, where two criminal syndicates fighting for a piece of the American dream have struck an uneasy peace. Chris Rock stars as Loy Cannon, the head of the African American crime family who trades sons with the head of the Italian mafia as part of tenuous truce.