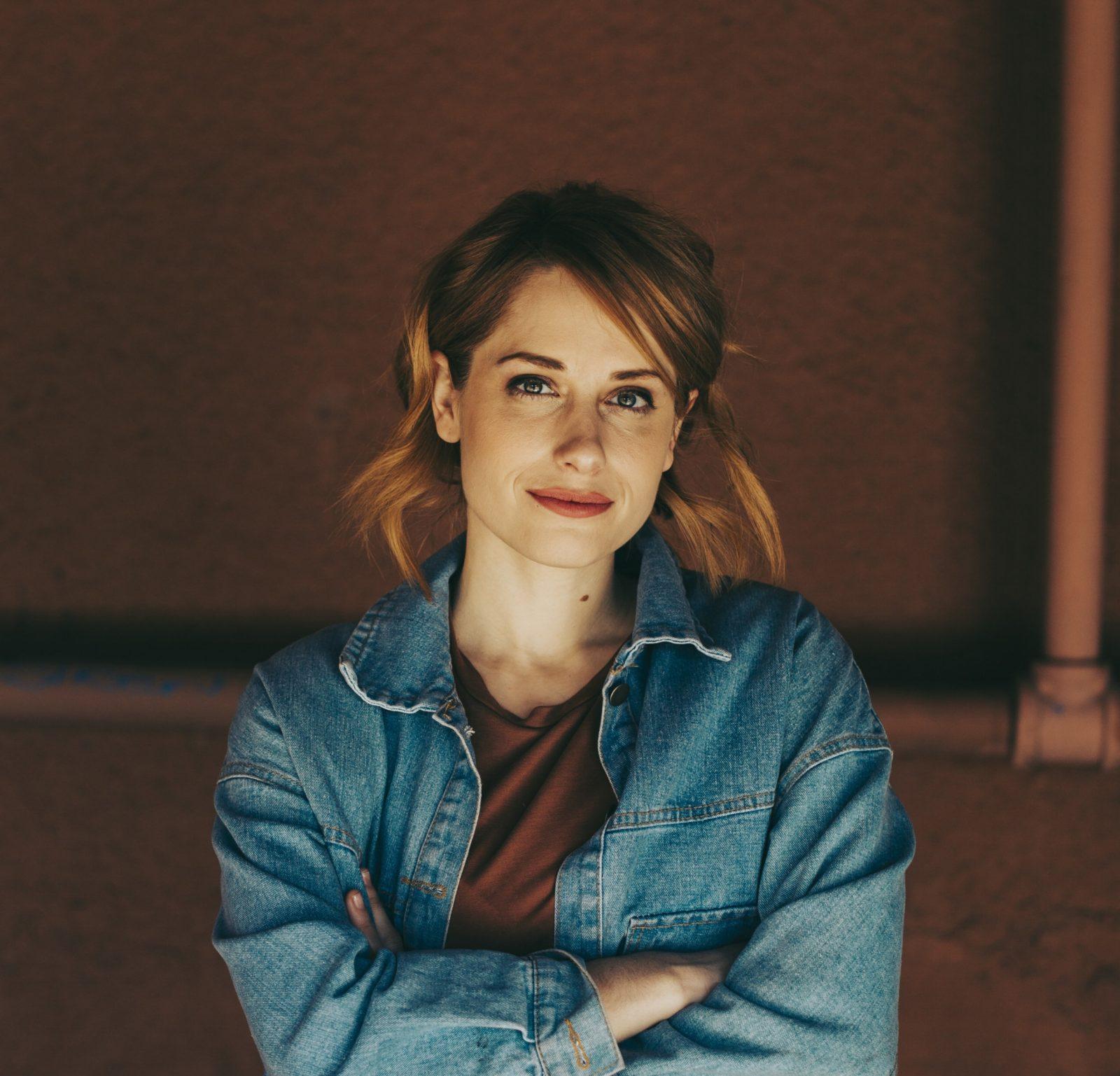 Fans Are Gobbling Up A New Episode of Cult Favorite BINGE

Don’t blame us for letting the secret out. Even if you’ve never vomited cake frosting into a toilet between an afternoon shag with a stranger and scrambling in late for work, BINGE will hit you right where it feels relatable.

The web series dropped a much-anticipated new episode today, and fans are hungry for it. BINGE is a ferociously dark comedy following the can’t-look-away dumpster fire life of Angela, a caustic, promiscuous bakery owner with an eating disorder. And it doesn’t make mental health the butt of the joke. Series co-creator and star Angela Gulner says she bases most of the material on her own decade of grappling with bulimia. “It’s not funny, but f*** it. It’s funny.” She says. “Let’s just make it funny. If we can’t laugh at our pain, we’ll never get through it. But people with eating disorders are never the joke. They’re in on the joke, but we’re not laughing at them.”

Judging by fans’ response, the show is hitting the right notes with its target audience, albeit in some surprising places. Gulner says about half the show’s following watches from outside the US. “We were shocked to get so many emails from fans around the world. People are messaging us saying ‘thank you’ because these issues just aren’t talked about in their communities, and they’ve felt so alone in their struggles before watching the show. It’s touching.” She pauses. “It’s heartbreaking. But we love our fans. It’s more than the usual bond between a content creator and a content consumer. We understand the fire they’ve had to walk through, and vise versa. Our fans are special to us.”

BINGE had a home run start with a virally popular pilot episode in 2016. But it didn’t stick the landing. “Distributors were very fussy about the subject matter,” Gulner explains, recounting the difficulty she and co-creator Yuri Baranovsky had in finding a traditional television/steaming home for the series. “They said it was too niche, too in-your-face, whatever. So Gulner and Baranovsky went rogue and began to produce the series themselves, through their studio Happy Little Guillotine.

“It does make for a slow process,” Baranovsky says of independent production, “and you have to think around a lot of constraints—budget constraints not least among them—but ultimately I think it’s way more rewarding. We get to control the content, and we have a lot more fun filming with our tight-knit crew.” The crew had to be especially flexible when COVID-19 struck, and they couldn’t gather in person to shoot. The solution they came up with was one that, surprisingly, hasn’t caught on yet: introduce COVID-19 and social distancing into the narrative. The characters are all stuck at home, calling each other and filming themselves with their phones. Just like the actors are. Problem solved.

“It also turned out to be kind of an awesome narrative device,” says Baranovsky, “because you have this manic central character who now has to live in her apartment with her fridge and her bulimia, and some random guy who was supposed to be a one night stand.” The constraints of filmmaking under quarantine gave the incentive for the filmmakers to flex their editing chops. The end result, a whole episode filmed on the characters’ phones, is natural, spontaneous, lively, and surprisingly, never feels forced.

“We got a lot of good feedback about that episode, and it gave us a boost in our determination,” says Gulner. “Like ‘yes, it’s working!’ For a minute there when everything shut down we thought we were doomed.” But she says the crew has managed to spin the difficult circumstances into something even better than what they started with. The new episode will follow in this same vein. “It has more flavor now—pardon the um, weird metaphor. I’m kind of surprised more people aren’t filming this way during social distancing, but it’s good for us cause it makes our series even more unique.”

As BINGE gains traction, it’s drawing in viewers beyond the pilot’s cult following. And if it ends up going mainstream, well, sorry not sorry. This one deserves it. Check out the brand new episode at Binge the Series.