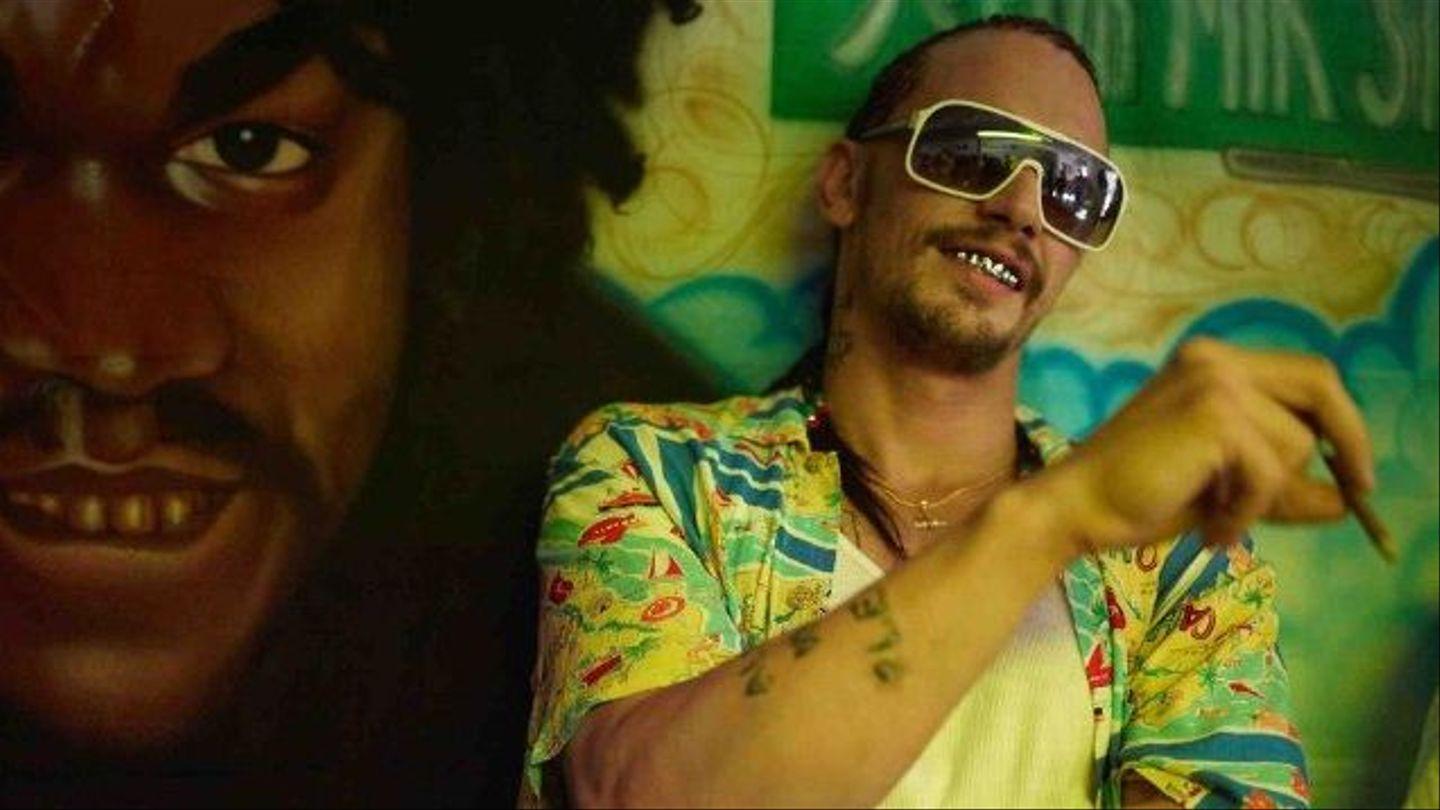 20 Facts About Spring Breakers to Celebrate its Netflix Release

Spring Breakers is a 21st Century pop poem. Harmony Korine’s crime film is a movie that defines a time, place, and generation with candy-colored visuals and James Franco rocking grills and rapping. Back in 2013, the A24 release struck a serious chord with audiences, splitting them right down the middle. Without question, too, the film had one of the most enthralling major screenings in recent memory at the South by Southwest festival. What a night.

Korine’s movie still remains around loud and proud in pop culture. Everyone knows, “Spring break foreva,” and more from the endlessly quotable, unabashedly tongue-in-cheek film. Love it or hate it, Spring Breakers is a true original and the vision of a self-aware maverick. With the film coming to Netflix this month, we’re sharing 20 facts about Spring Breakers to celebrate.

Video games were an inspiration for spring Breakers. Korine wanted a video game’s “completely immersive and transformative quality,” something that “requires energy from the movie. Grand Theft Auto: Vice City wouldn’t be a surprising influence.

Franco swung for the fences as Alien, a drug-dealer, rapper, and in the end, an inconsequential presence in the life of the film’s women. To prepare Franco for the role, Korine drove him around Florida and they created a backstory together.

3. The Origin of the Wedding Robbery

“I thought watching them all rob a f*cking wedding with pants that say ‘DTF’ on the back would be classic.” – Harmony Korine

Britney Spears’ “…Baby One More Time” is now forever linked to Spring Breakers. It’s a pop song with elements of violence to it, which is why Korine made it such a prominent part of his movie. He felt it fit the tone and feel of the movie, combining pop and violence.

The opening of Spring Breakers throws the audience into the deep end. Within minutes, you know whether the movie is for you or not. There’s both fun and garish imagery of partiers in St. Petersburg, Florida. The opening features professional extras, genuine partiers, and locals from Hooters and gentlemen clubs.

6. Val Kilmer as the Preacher

The great Val Kilmer was offered the role of the preacher, the one who really loves Jesus. Sadly, Kilmer was experiencing health issues and couldn’t participate.

Korine wanted almost no steadicam in the movie. He wanted the camera almost always flowing and moving. Like his rambunctious leads, Spring Breakers maintains a high-intensity because of that uncontrollable camerawork. Shot on film, too.

8. A Reference to Gucci Mane

Spring Breakers is largely about the chase for the dollar and that “look at my sh*t” lifestyle. For the women in the movie, they’re also looking for freedom, based on the ending. However, as Vanessa Hudgens’ character at one point says, “Seeing all this money makes my p*ssy wet.” That line was actually a reference to a lyric from Gucci Mane, who plays the mobster at war with Alien. Mane’s original lyric was, “Seeing all this money make my d*ck hard.”

The scene in which the leads sing the Britney Spears song in the parking lot was completely improvised. Korine’s script was only 50% of the movie. He likes to keep things loose on set and discover gold such as that Britney sequence.

It’s a great scene, one that even came to mind in the most recent adaptation of The Great Gatsby when Jay is tossing his belongings around his bedroom. Originally, the “look at my sh*t” scene was 35 or 45 minutes long and largely improvised.

Gucci Mane has one of the best lines in the movie. “He’s taking food out of my baby’s mouth, and my baby’s hungry,” he says. The artist is wonderful in the film, which he was offered while he was serving time in prison. Read Gucci Mane’s acclaimed memoir to get the full story there.

Korine stretched the money he had and painted a huge canvas of Florida with a budget of only $5 million. Spring Breakers, with all its locations and characters, looks bigger than it cost. The movie, hilariously, was a real box-office hit and made over $30 million for A24.

Based on how Korine shoots and improvises large chunks of his movies, he could easily recut them into wildly different movies. He did just that with Spring Breakers. Korine cut a remix of the movie years ago, which for whatever reason, we still haven’t seen. We can dream…

Riff Raff is a rapper that Alien was compared to when Spring Breakers was released. The rapper believed his likeness was used a little too much for the character and threatened to sue the filmmakers for $10 million. The lawsuit was never filed.

15. Quentin Tarantino is a Fan

Spring Breakers was one of the filmmaker’s favorite movies of 2013.

Over the last few years, A24 has been a beloved studio among movie geeks. The company has released Lady Bird, Ex Machina, The Lobster, and The Disaster Artist, among other movies studios just don’t take the chance on making these days. A24 started its journey by taking a chance on Spring Breakers, a bet that paid off for the company.

Roberts was originally cast in the film, but she dropped out and was replaced by Ashley Benson.

Years ago, producers tried to secure financing for a sequel at the Cannes Film Festival. The title was Spring Breakers: The Second Coming, in which the leads had to battle an extreme Christian sect. The sequel, which wouldn’t have had Korine or any of the original’s stars, never moved forward. It was or still is a money-grab.

Korine wrote the film when he was living in Florida. He calls it “beach noir.” The list of wide-ranging influences for this movie are endless, including…

The digital photography in Michael Mann’s Miami Vice paints such a realistic and visceral portrait of the city, especially at night. The now well-respected epic crime drama was a serious influence on Korine. “The movie I watched most, believe it or not, was Michael Mann’s Miami Vice,” the director said. “The reason I love his movies, and that movie in particular, is I could feel the place. When I watch that film, I don’t even pay attention to what they’re saying or the storyline. I love the colors, I love the texture.”