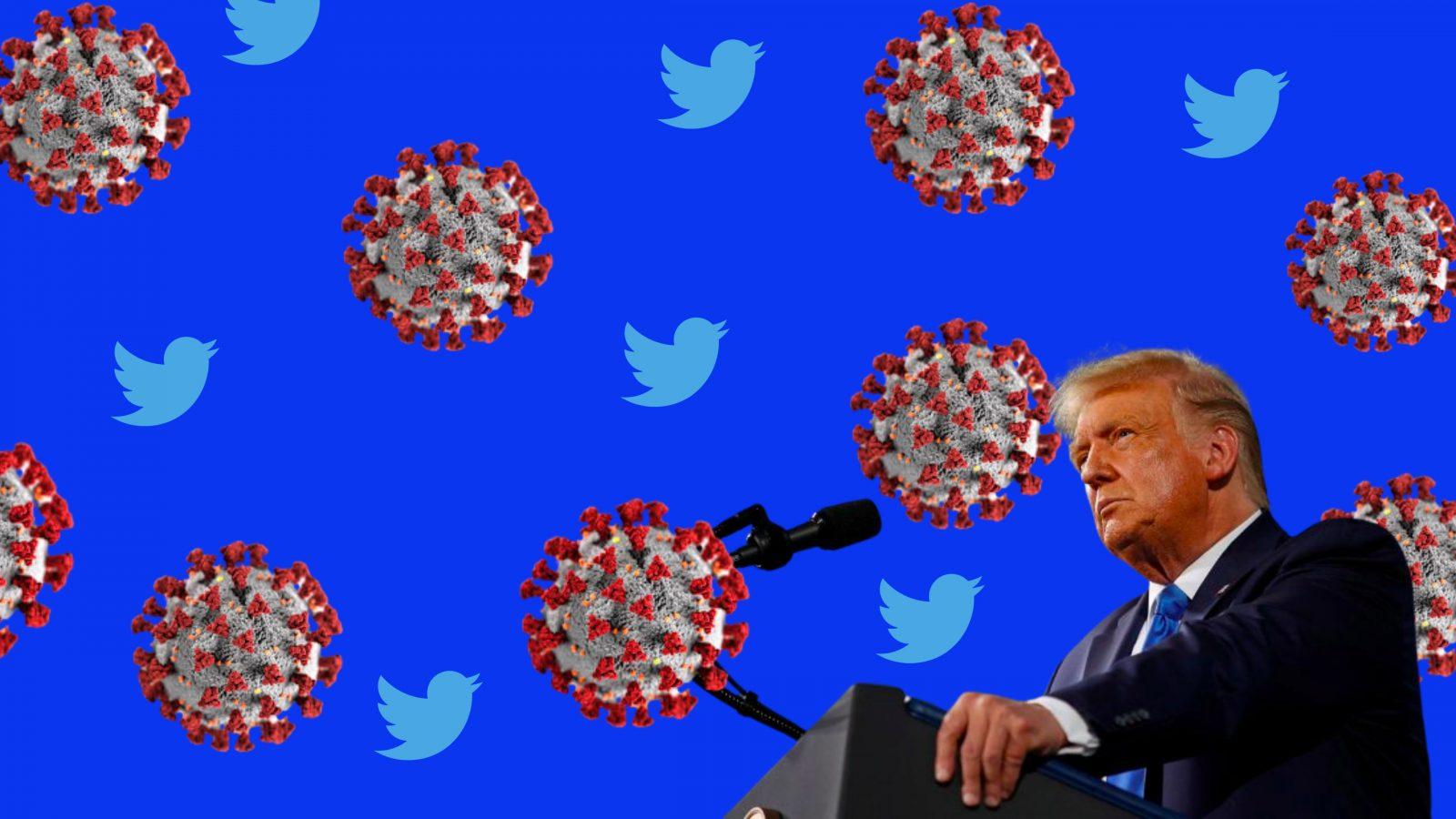 The announcement that President Donald Trump has contracted COVID-19 comes as a surprise to just about everyone ahead of the 2020 Presidential Election. With so little time between now and then, Americans are anxiously awaiting answers as to what will happen next. While it is true that President Trump tested positive for the virus, it took little to no time for misinformation to quickly circulate social media late last night and into this morning—something that has become an increasingly bigger issue in the last few years. Here’s what we’ve seen, and what we’ve been able to fact check surrounding President Trump’s COVID-19 diagnosis last night:

A video spread by the Biden campaign earlier this fall implies that President Trump called COVID-19 a hoax at the start of 2020. However, it’s difficult to discern whether he was referencing the virus or criticism surrounding his response early on. A February 28 article from NBC News claims that President Trump did call COVID-19 the “Democrats’ new hoax,” though that claim was referencing the politicization of the virus rather than the virus itself.

Several Twitter accounts posted flight log information last night claiming that two E-6B planes took off on each coast of the United States prior to President Trump’s announcement that he and First Lady Melania Trump had tested positive for COVID-19. These are the jets that hold control-rooms that can launch a nuclear attack remotely, anywhere in the world, and would be used to respond to attacks on the United States if another country were to attack. The planes are better known as “Doomsday Planes” for obvious reasons. Initial information about this suggested that the jets had taken off because President Trump had tested positive, which would therefore leave the country in a vulnerable position.

This claim was quickly debunked. By this morning, confirmations from U.S. Strategic Command Chief of Media Operations, Karen Singer, told CNN’s Jim Sciutto that the flights had been pre-planned and had nothing to do with the revelation that the Commander in Chief had been diagnosed with COVID-19. “I can confirm these flights were pre-planned missions. Any timing to the President’s announcement is purely coincidental,” Singer said in the statement.

It’s easy to understand why people would question Trump’s COVID-19 diagnosis right now. Just this week Trump was criticized for making fun of former Vice President Joe Biden during the first debate over wearing a mask too often. President Trump has relied heavily on in-person rallies during his campaign, which has also garnered major controversy over the events’ “masks optional” policies and potential to be super-spreader events. The timing of President Trump’s diagnosis would also allow him to lean further into conspiracy theories that the virus isn’t as deadly as scientists claim if he were to recover having experienced little to no symptoms. All of that being said, there is no truth to claims that President Trump did not actually test positive for COVID-19, and now that he’s been hospitalized at Walter Reed Medical Center in Washington, D.C., we can imagine those claims will wane off in the coming hours.

Claim: President Trump Tweeted that he would never contract COVID-19.

A meme account posted a manipulated screenshot claiming that Trump Tweeted in 2013 that he would never get COVID-19. Considering the virus didn’t exist seven years ago we’re pretty confident in saying that this is false.

After Utah Senator Mike Lee tested positive for COVID-19 on Friday morning, several videos of Saturday’s event have begun circulating social media showing the Senator hugging and speaking within close proximity of other people at the White House Rose Garden. Others in attendance at the event, including Rev. John Jenkins—the President of Notre Dame College, have also since tested positive. The event is now a suspected “super-spreader event” as little to no masks were worn. According to ABC, at least four attendees at the event have since tested positive—including President Trump.

Claim: Democrats or the Chinese infected President Trump on purpose.

It looks like these rumors were sparked on Friday morning after Deanna Lorraine, a former Congressional candidate out of California’s 12th district, posted on Twitter that she suspects Trump was infected by “the left” at the debate on Tuesday. She also wrongly claimed that the incubation period for the virus is “2-3 days,” which is only partially true because the official incubation period is anywhere from 2-14 days, giving a broad window to suggest that anyone exposed to the virus should quarantine. The median incubation period for the virus is 4-5 days, according to the U.S. Centers for Disease Control.