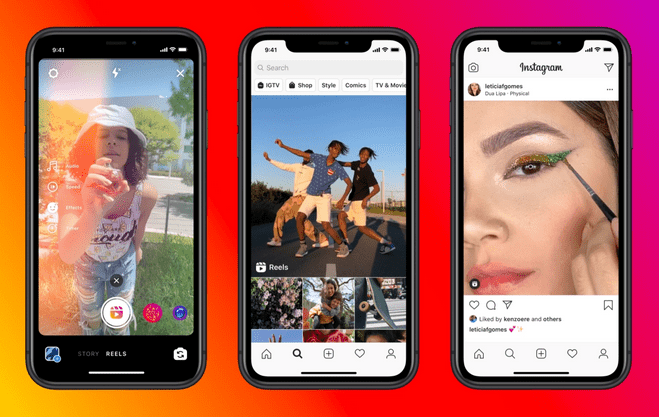 Instagram confirmed this week that it plans to release its TikTok competitor, called Instagram Reels, as early as August in the United States. The company previously launched the app in several countries during its beta testing phase after TikTok was banned in India. Now that the Trump Administration has hinted that it may ban TikTok in the United States, Instagram is rushing the app to come in the next several weeks.

The new video app allows users to create and share short-form videos on the platform much like TikTok allows already. Right now the app allows users to create and share 15 second videos using the app, where they can film and edit from within the app as well. Instagram and Facebook’s decision to re-create features available on other popular social media apps is nothing new.

TikTok launched in 2016, but didn’t see major traffic until 2019 when it merged with Musical.ly after being purchased by China’s ByteDance.

In just a short period of time, TikTok became a household name as it earned over 800 million active users to its platform. The company is the sixth largest social network in the world, surpassing companies like Twitter, Reddit and Linkedin in less than five years.

Nevertheless, TikTok’s close ties to China through its parent company, ByteDance, raise questions of national security amid rising tensions between China and the United States. The spread of the novel coronavirus has effectively fueled tensions between the Trump Administration and China amid the ongoing trade war.

In India, ongoing tensions between the Asian country and China gave India reason to ban TikTok and several other Chinese apps over data privacy concerns. TikTok, however, assures that its company is headquartered in the United States and stores data only in the U.S. and Singapore. Though the company is owned by ByteDance, it’s distance from the Shanghai company—and the fact that it runs independently from ByteDance—makes it exempt from a recent Chinese data law that says any Chinese company must turn over data to the Chinese government if it asked the company to do so.