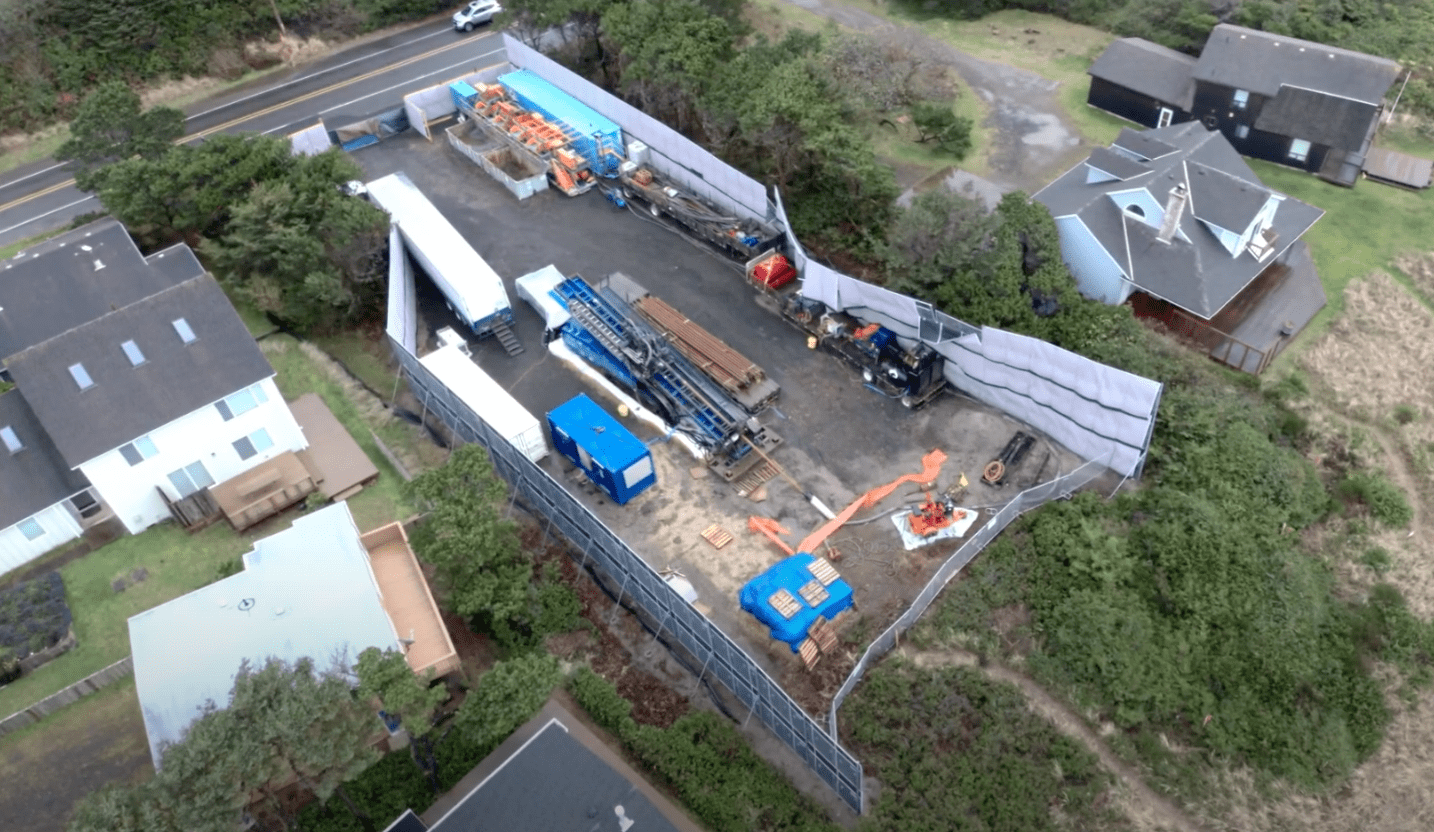 In April, Facebook abandoned a drilling project off in Tierra Del Mar, Oregon, leaving behind 6,500 gallons of drilling fluid, more than 1,000 feet of pipe, and a broken drill bit on the ocean floor.

The drilling project was a part of Facebook’s initiative to provide more high-speed internet by installing fiber-optic pipes. This particular project was intended to link Facebook’s data center in Prineville, Oregon, to Japan and the Philippines, in order to provide better and faster online services.

The project came into the works about two years ago, when Facebook hired Edge Cable Holdings as a contractor and paid the state of Oregon $50,000 for a beachfront lot from which the pipeline would stem. The residents of Tierra Del Mar say there were not included in the state’s decision-making process and were against the project to begin with.

The company was in the midst of construction when, in April, a drill bit broke after hitting some rock about 50 feet under the seafloor. Since then, they’ve entirely abandoned the project, citing faulty equipment and the Covid epidemic, leaving behind their equipment.

There have not been any leaks that have affected the environment, yet. According to Facebook, the drilling mud is made up of bentonite and small amounts of polymer additive. These materials are considered biodegradable and non-toxic. A Facebook rep told Oregon Live that an environmental report found no damage.

“Fifty feet is not much separation at all in terms of keeping something nasty out of the seafloor environment,” says Chris Goldfinger, a professor at Oregon State University’s College of Earth, Ocean, and Atmospheric Sciences. Rocks are very permeable, and fluids are flowing through them all the time, he adds. “It might not happen right away, but eventually, if it’s there, it would probably leak onto the seafloor,” he told The Verge.

The social media company says they have plans to resume drilling in 2021, or when they can safely go in again, citing the pandemic as their reason for leaving the equipment.

About a month ago, The Oregon Department of State Lands told Edge Cable Holdings that they will be held accountable for damages and will have to work to reach an agreement with the state on a settlement. Furthermore, they have ruled that the equipment is there despite an expired permit, which makes it illegal. Facebook has six months to remove the equipment, or must obtain an encroachment easement from the state to keep it there.

The state took action after many of the residents and state and city officials began to raise awareness about the potential dangers of the project.

“There are 365 miles of coastline in Oregon,” Tierra Del Mar Resident Marie Cook told Williamette Week. “And yet they come here and put this thing that has no benefit for our community right in the middle of a residential neighborhood. It’s unethical.” She and other residents have been speaking out about the project for months.

State Rep. David Gomberg initially supported the project, but has since also fought against Facebook’s intrusion into the land. “I have come to the conclusion that [local residents who opposed the project] were absolutely right,” he told The Hill. “Facebook has been an unfriendly neighbor. These folks now have to be worried about what washes up on their beach for generations.”

This is just the latest in a series of bad feelings geared towards Mark Zuckerberg and Facebook, as the FTC considers deposing Zuckerberg.